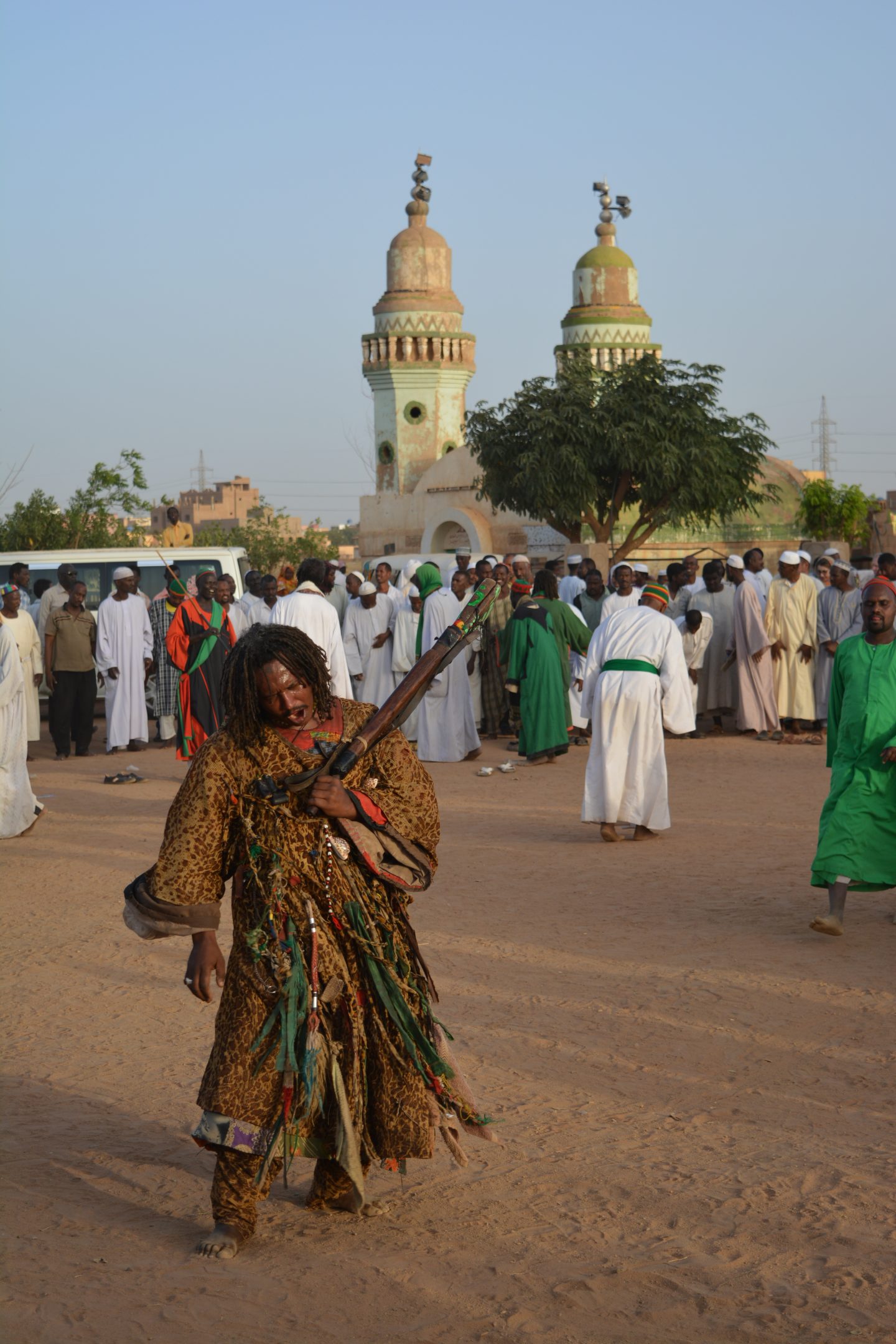 Once but an Egyptian Army outpost situated near the confluence of the Blue Nile and White Nile, Khartoum has grown into an expansive, low-rise capital city. It now runs indistinguishably into neighbouring districts of Khartoum North and Omdurman, providing visitors a seamless microcosm of Sudan’s vast cultural and archaeological riches.

First stop on our visit was the National Museum, which provides a glimpse of Sudan’s wealth of Nubian, Kushite and Pharaonic antiquities and but a start at comprehending the span of kingdoms and civilisations that the country has witnessed, dating back over millennia.

The ground floor displays of artefacts span thousands of years from across the country and are fascinating if, unlovingly, displayed in dusty glass cases. Upstairs holds an impressive collection of frescoes from Christian churches dating back to Nubian kingdoms, underlining the diversity of Sudanese cultures past and present.

Outside, three large corrugated sheds house carefully re-constructed hieroglyphic engraved temples rescued from what is now Lake Nasser and date back to the 14th century BC. With full access to explore them, it is hard not lose yourself, wondering what these ancient buildings have witnessed – and what those hieroglyphics actually mean.

Confluence of the Niles (ملتقى النيل)

Not far from the museum, is al Mogran; the local name for the confluence of the Blue Nile and the White Nile. 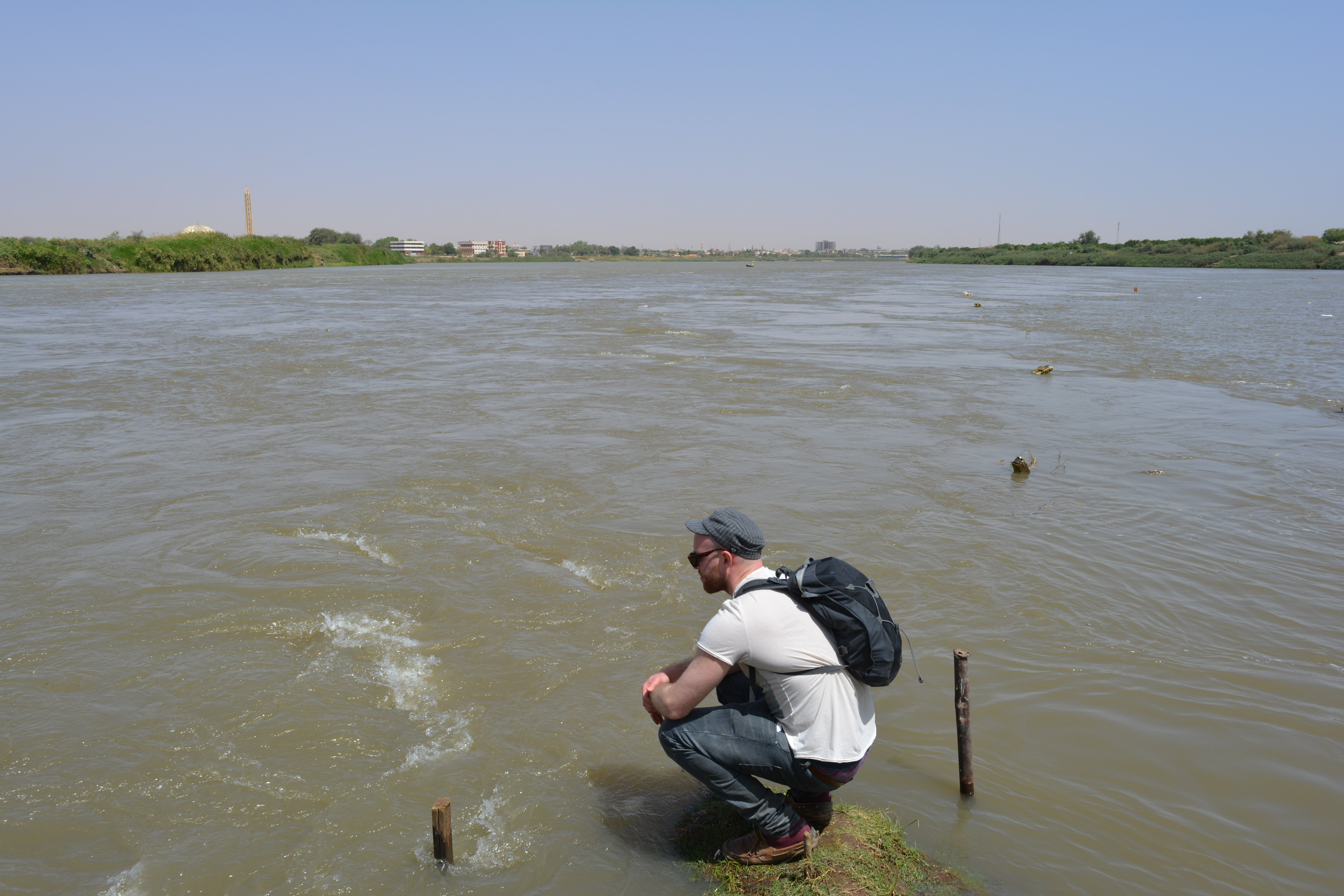 Incongruously, this site of geographic significance is reached through a children’s amusement park and a final shimmy through bushes. With both Niles indistinguishably brown on our visit, it remains a relatively quiet spot at which to briefly muse over the vast distances and diverse communities through which both Niles have travelled and are united at this point.

From here, we took ourselves to a cheerful local eatery, bustling with families, for lunch. The staple food, possibly the only option on the menu if they had had one, was deep fried Nile perch.

Half a dozen or more heavily fried perch amply filled the circular tray on which they were served. Using freshly baked flat bread between our fingers, we less than deftly attempted to pick the succulent fried meat from the innumerable bones. A squeeze of lime and ground chilli dipping sauce were the only accompaniments deemed necessary.

Sated, we crossed over to Omdurman, once home to the Mahdi and his son; foes of Britain’s General Gordon and Lord Kitchener and scene of bloody battles in the late 17th century. The Mahdi’s home has been preserved and is popular with Sudanese visitors, stepping over a hundred years back in time. Remnants from battle such as flags, armour, and weapons both sharp and blunt, adorn the home alongside domestic arrangements such as the main bedroom, kitchen and reception rooms.

A tour of the Omdurman souq bore witness to Sudan as a developing African nation: iconic sellers of spices, meats, fruits and vegetables, shaded from the piercing sun by tarpaulin and cloth awnings strung between stalls. Around the corner, endless stalls of counterfeit clothing, flashing plastic novelty toys and hides and ivories from endangered species.

Taking refuge from the mercantile overload of the souq, we sought refreshment from one of the many tea ladies adorning the market streets. Like a mini apothecary, the ladies sit behind a low counter of glass jars and shiny metal vesicles, each containing herbs, spices, ground tea leaves and ground coffee beans to concoct an array of drinks. Beside her, a kettle kept at a rolling boil. Traditional Sudanese coffee is espresso like in strength, with a good dash of dried ginger, and served piping hot in small glass cups. Despite the heat, it became an addictive favourite.

At sunset on Fridays, at the Hamad el-Nil tomb in Omdurman, the followers of the Islamic sufi order perform the ritual of dhikr. The process of rhythmic chanting and movement is believed to bring worshippers closer to Allah. Often referred to ‘whirling dervishes’, it was a far less choreographed affair than their brethren in Egypt and Turkey.

The lead protagonist was clad in animal hides and sported an archaic rifle. Some were in long green robes, though the majority wore their traditional white galabias. A large rough circle was formed by the sufi adherents, within which a few devotees spun on the spot and a couple jogged breathlessly around the circle. 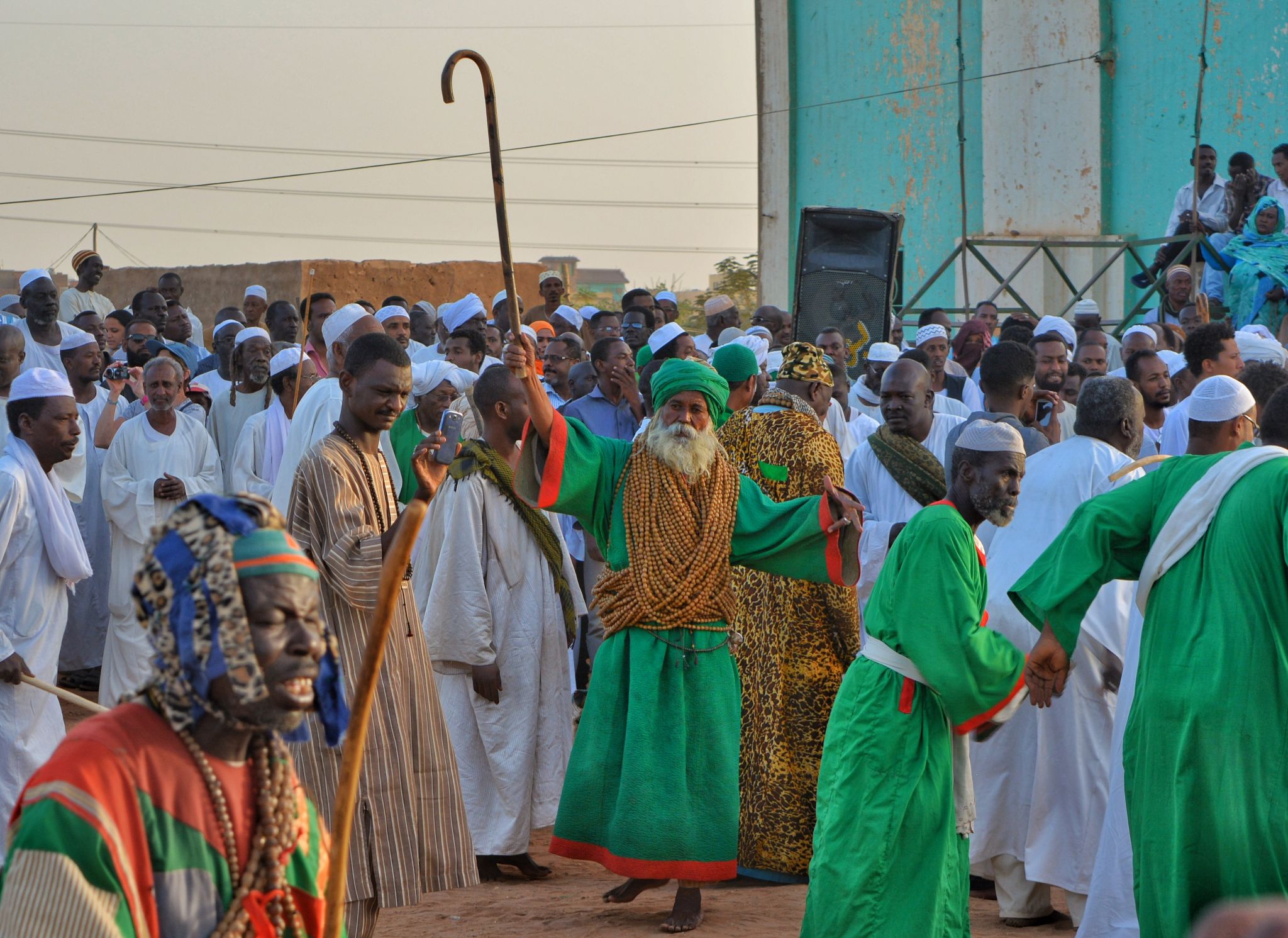 The majority, who had formed the large circle, removed their shoes and rocked forward and back, chanting to the music played by a small band and amplified through large speakers. Our rifle toting lead protagonist spun sporadically and manically on one or two feet, his dread-locked hair and beads following in his wake.

Without crescendo, after nearly an hour, the small band stopped, shoes were put back on, hands shaken and farewells were bade. The congregation, as slowly and haphazardly as it had formed, drifted and meandered back to the homes from whence they had come.

With the sun now set, we took our cue to do the same.

The author travelled at his own expense, arranged by Waleed Arafat of Lendi Travel: waleed@lenditravel.com