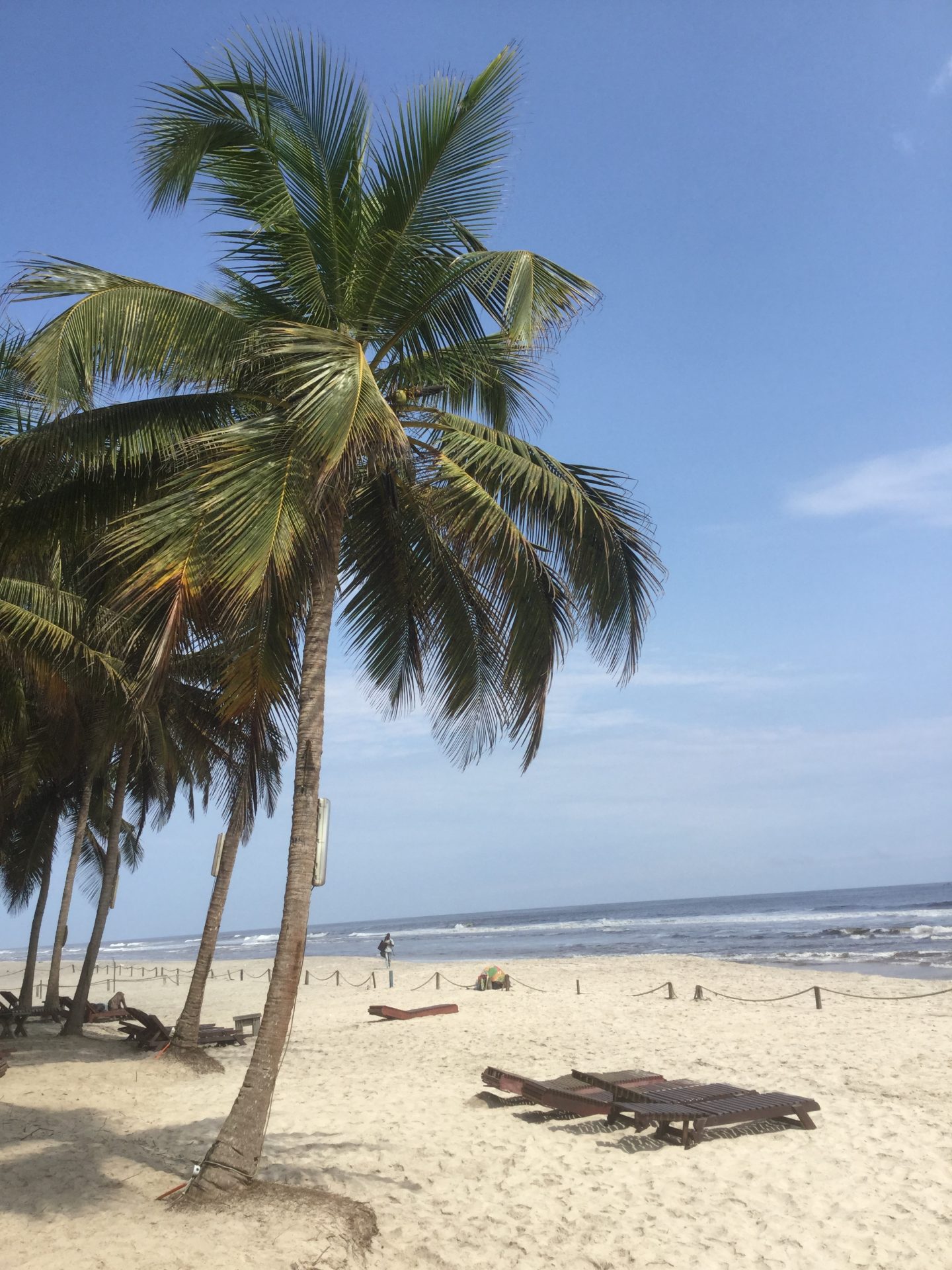 There’s an explanation and an apology all wrapped up in the three words, “This is Africa,” often abbreviated to TIA for short. I have a new one, TIC, or “This is Ivory Coast.” Only it shouldn’t be an apology.

Well, perhaps. I was attending the grandiose titled, “Africa Islamic Finance Conference 2015,” in Abidjan, whose start was delayed for two hours as we awaited the President to arrive and inaugurate said conference. Africa regulars were not surprised – TIA – whilst I rued taking my seat dutifully on time and forsaking a much needed cup of Ivorian coffee to ensure that my own timeliness was observed.

The conference came and went as conferences do and, unless you have trouble sleeping, I won’t bore you with the details. On the Friday afternoon, in a haze of post-conference euphoria, I headed to Adjamé, where the “Black Market” resides. A vast, sweaty and humid morass, mainly and perilously situated on roadsides, I would wager anything and everything that Africa has to offer can be bought and sold here.

The highlight for me, giant African snails. The French colonial and culinary legacy does not stop at Abidjan’s surprisingly good pastries and restaurant wine lists. The sight of a market stall-holder effortlessly “de-shelling” these monsters onto a kebab skewer is not for the squeamish. 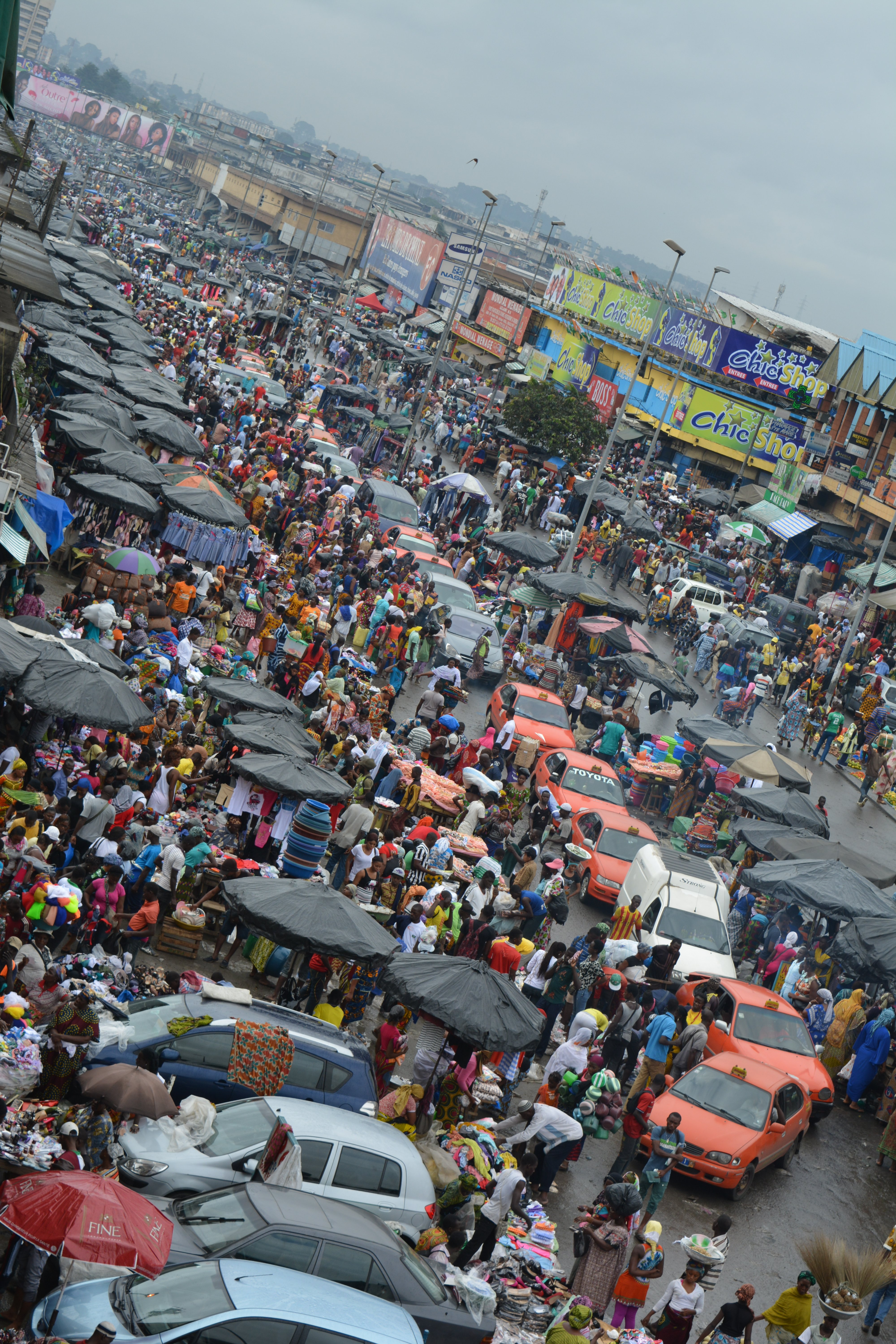 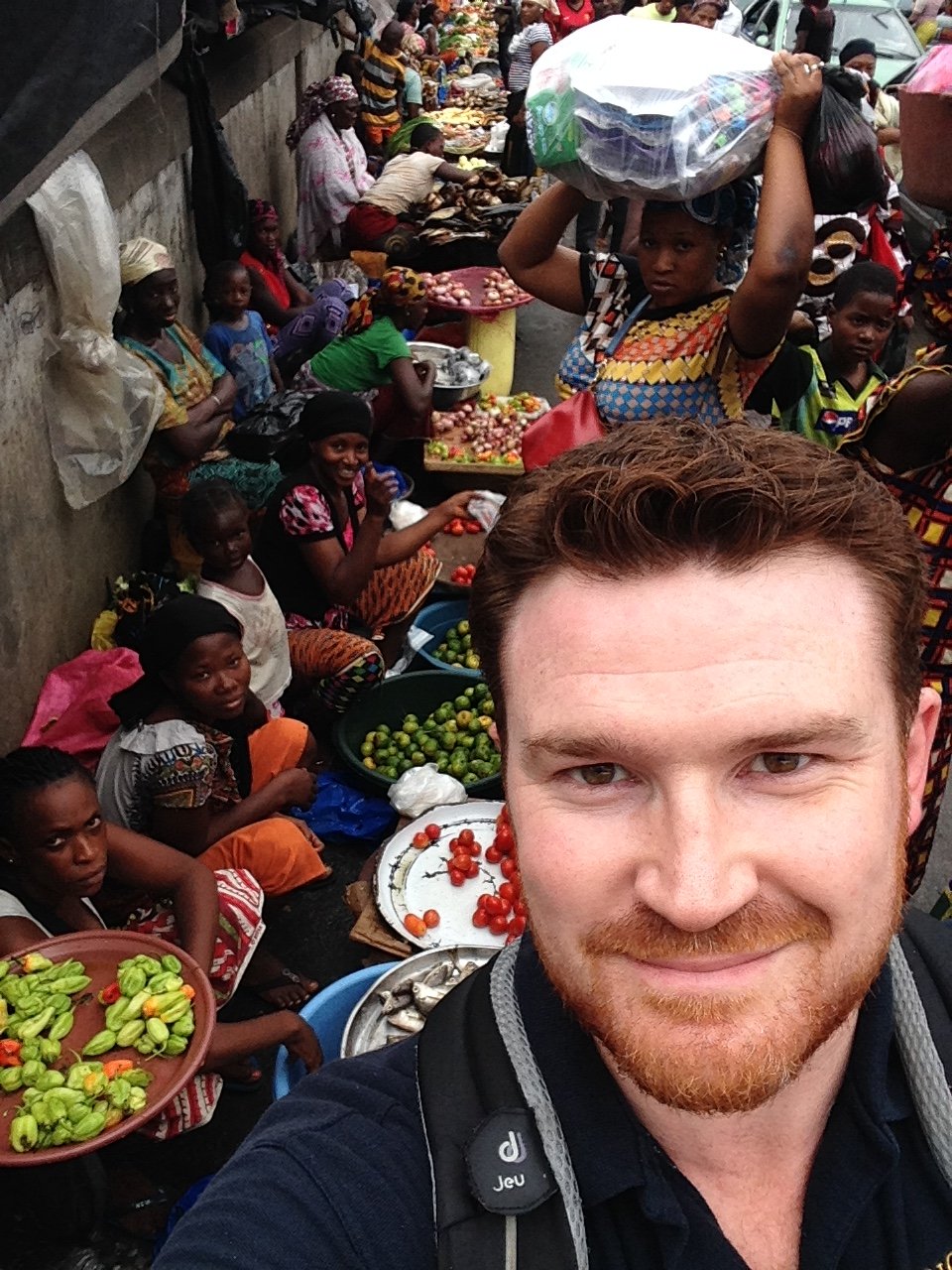 That evening, it being the opening night of the Rugby World Cup, I had taken the recommendation of a friend of a friend for a French expat bar showing the match: Le Kalliste in Abidjan’s imaginatively titled suburb, Zone 4. A small den of a bar with no less than three plasma TV screens showing the match, en français, it was bedecked with French rugby scarves and the like.

Less than busy, I joined two British oil rig workers in their forties or perhaps fifties. Their chat was ribald, befitting their place of work, and just about fit for watching rugby in a bar where no one would understand that particular brand of English. With the match over and a belly full of saucisson and Flag lager, it was, by and large, an early night.

Yamoussoukro is the actual capital city of the Ivory Coast, after the last President, Felix Houphouët-Boigny, moved it there from Abidjan in 1983, on the grounds that he was born in Yamoussoukro, and that he is the President, so what are you going to do about it? TIA? TIC! It was worth a long Saturday day trip, I thought, so I booked a driver for the day and off we went.

As a first stop, I tried and largely failed to see the urban legends of the fanicos at work, who wash clothes for a living in a river inside Abidjan’s Forêt du Banco. Reported about in fancifully glowing terms, theirs is far from an idyllic existence and I have written more on them elsewhere.

Over two hours straight north from Abidjan, we ploughed on at speed along a well tarmacked dual carriageway, with a couple of toll booths along the way collecting fares to pay for its construction. Either side of the road was flat, occasionally rolling, countryside of dense shrubs and trees. For a country that is a world leader in cocoa production and export, I didn’t see a bean of it. 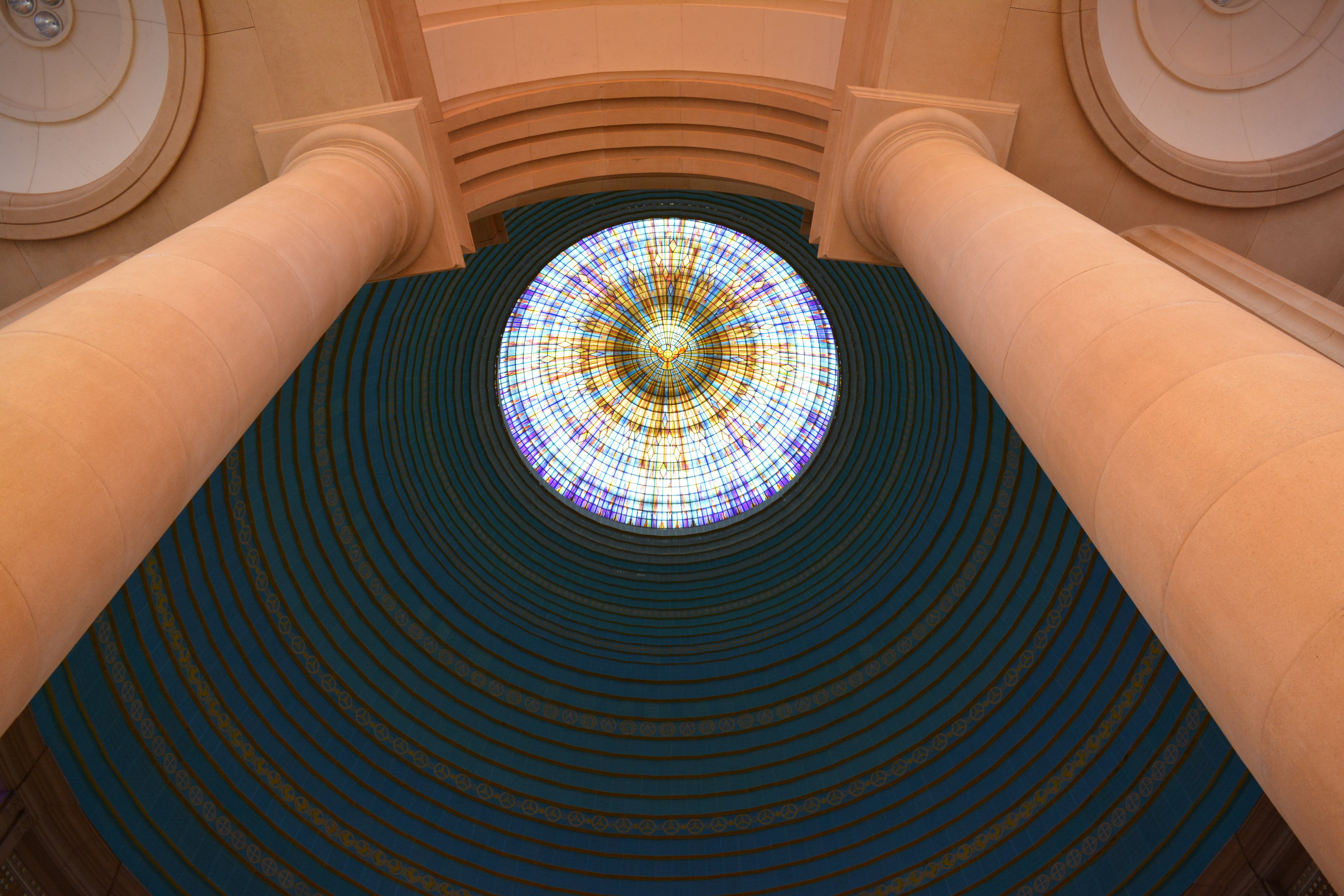 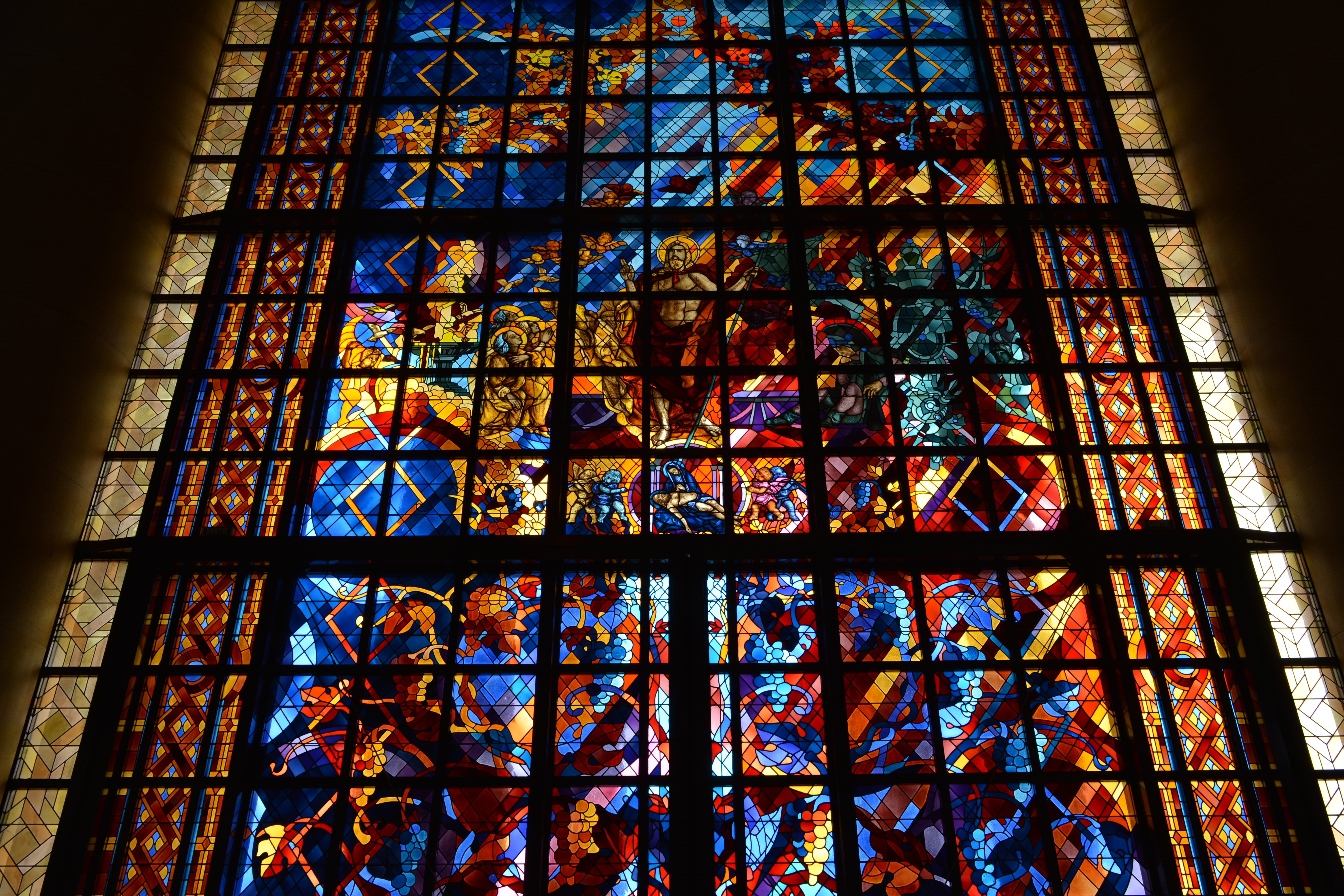 The main reason for the trip was to see the impressive Basilica of Our Lady of Peace. Reportedly built at a cost of some £300m, it is larger than St Paul’s cathedral, the largest basilica in Africa, and one of the largest places for Christian worship in the world. The Pope Jean Paul II opened it but it has reportedly never been filled since. Less than a third of the country’s population are actually Christian, and few are close enough to ever visit.

Whilst relocating to Yamoussoukro and creating a new capital, President Houphouët-Boigny made sure to build himself a home that was well protected. For that he, of course, surrounded himself with lakes of sacred crocodiles. TIC, after all? If there was ever any doubt as to their ferocity, they attacked and killed their keeper in front of a group of UN officials in 2011, there to witness what had become a daily 5pm feeding spectacle.

Having safely ensured I was not a midday snack for the crocodiles, I enjoyed a pleasant lunch of my own of slow cooked goat with rice in the grounds of the sycophantically named Hotel President, and headed back south, for the coast.

There is, of course, a huge amount more to see in the Ivory Coast. The tribes in the North would normally lure me in, as would the Sahelian mud mosques to which I am particularly partial, and as would the mountains and wildlife to the West do similarly. With long distances involved and only a 36 hour window, I decided to play it safe and head instead to the sleepy weekend getaway location of choice, Assini.

An hour to the east of Abidjan along the coast, Assini is blessed with miles of palm tree fringed golden sandy beach and a number of small ‘lodges’ each with a dozen or so cottages in which to stay. The Ivory Coast does not do tourism in any real way but Assini is where the richer locals and resident expatriates come to relax, and with good reason. 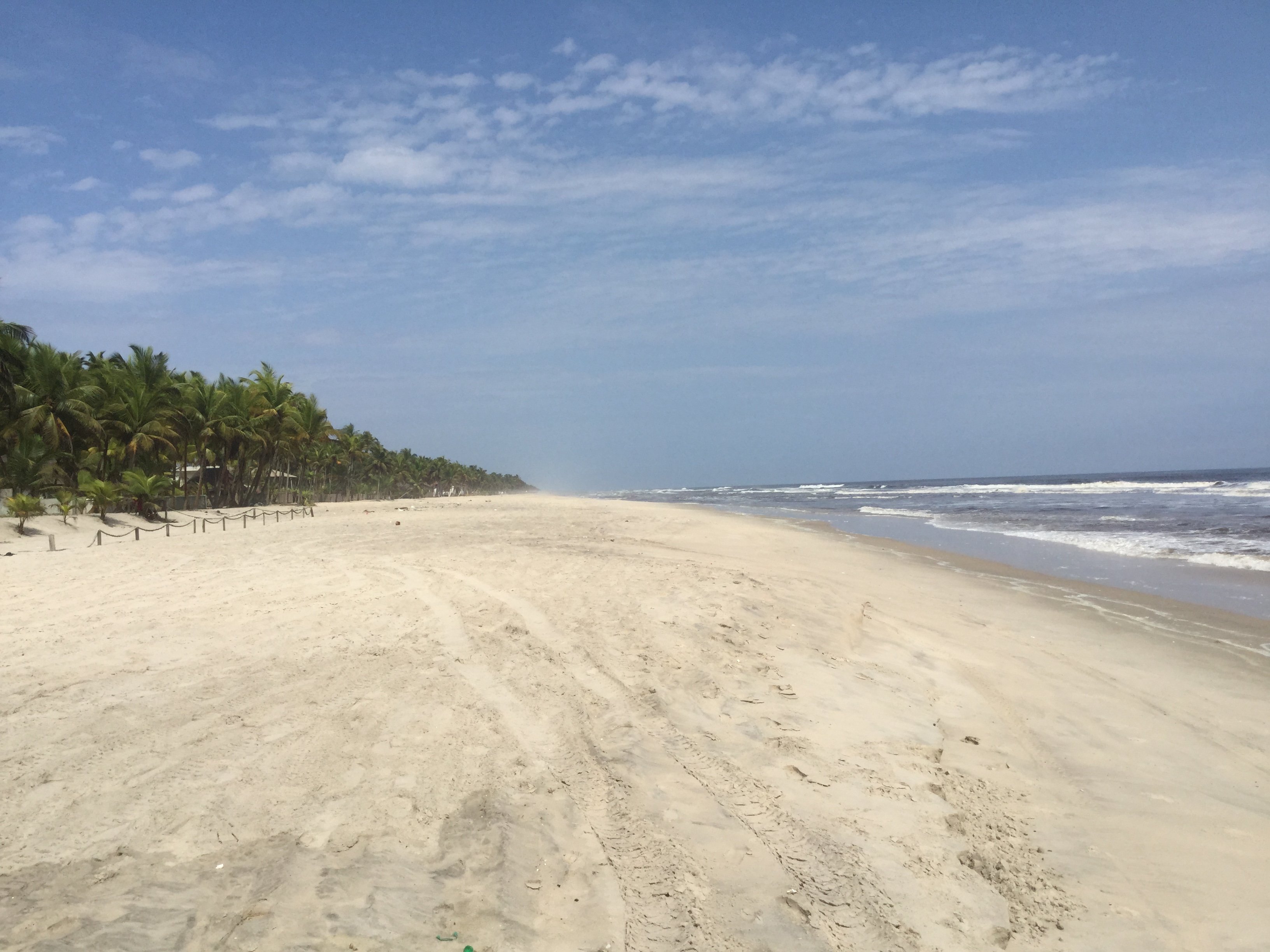 On both the Sunday and Monday I took a long wander up the beach, with mind in neutral, enjoying the simple pleasures of feeling the warm sand beneath my feet and listening to the crashing waves of the Gulf of Guinea pounding ashore. Dining on fresh local fish each evening, I could have easily settled in for longer than 36 hours.

Whilst the country has its challenges, if “this is Ivory Coast” then neither the phrase nor its acronym, should be an apology. Moreover, it should be a positive exaltation of a country with a lot to offer and an awful lot more for me, and may I suggest you too, to explore: TIC!