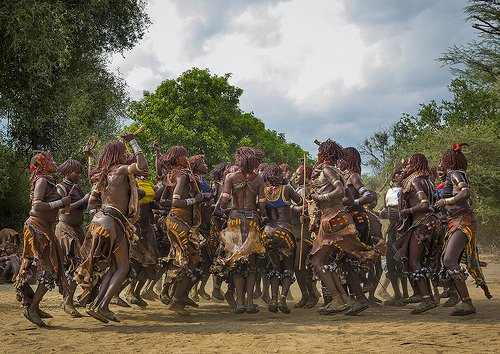 Coming of age can involve many hurdles to jump. For adolescent boys of the Hamer tribe, in Ethiopia’s the remote Omo Valley, the hurdles are literal and of the horned bovine variety.

Once the harvests for the year have been gathered in and time is less scarce, attention turns to any adolescent males in the village. The whole event lasts three days, with relatives traveling some distance to witness the rites of passage. A feast, washed down with lashings of sorghum beer, is served by the young man’s family to their appreciative guests.

The ladies of the village play a painful and symbolic role in proceedings. Clad in their normal clothes of animal hides decorated with shells or beading, and with hair tightly curled with a paste of red ochre and fat, they dance and chant together in a tight group. Their bracelets and anklets provide inadvertent musical accompaniment as they bob up and down on the spot, or moving together in circles.

To symbolise their affection for the young man, they withstand being whipped on their backs by the village men with fine strips of bark. The resultant bleeding welts and scars are worn proudly. 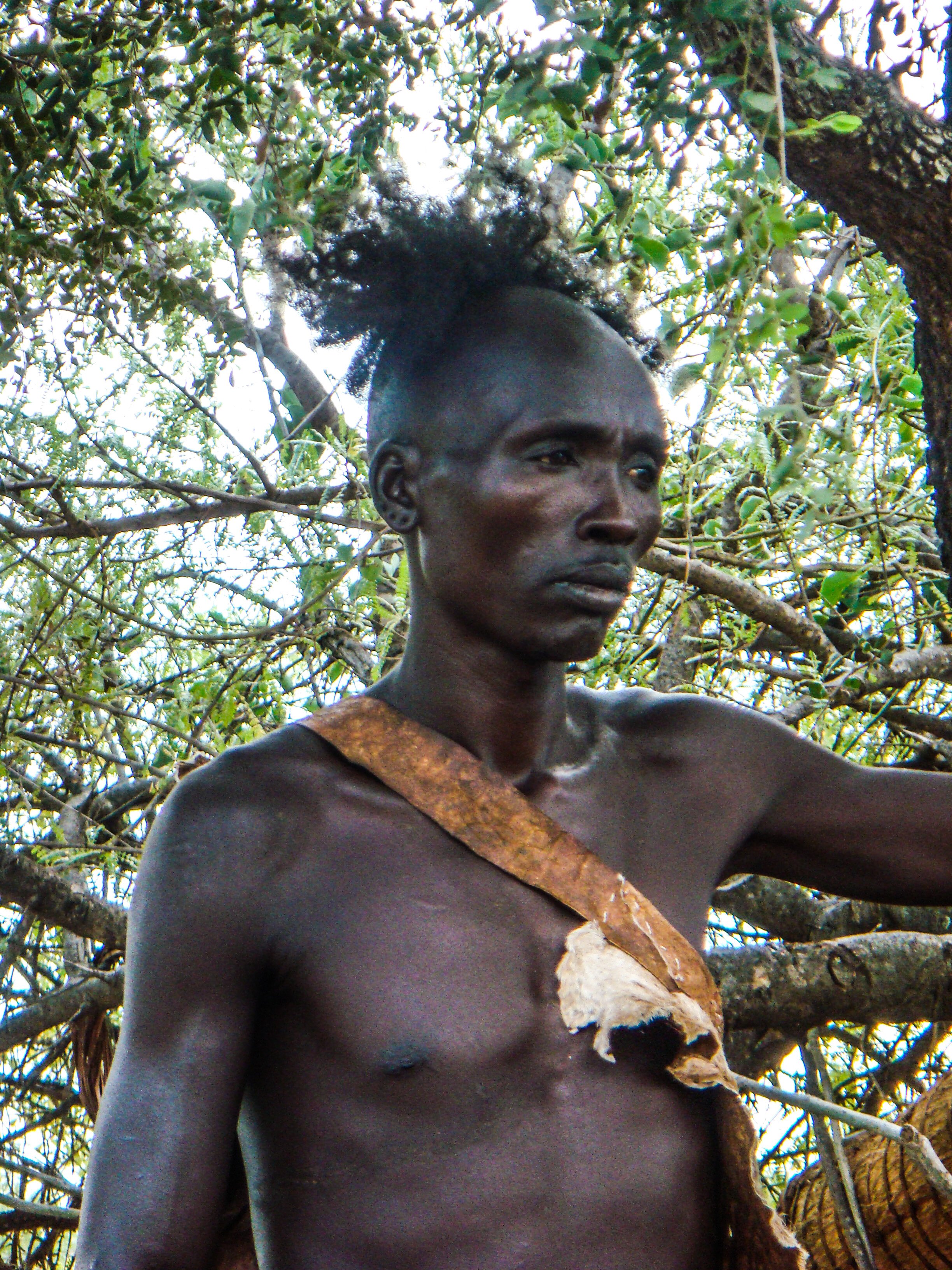 The young man waits nervously as the women continued their dancing. His hair is already shaven to the crown of his head, as is typical. Rather than neatly styled and adorned like his male counterparts, it is left wild and unkempt.

Eventually, the village men corral eight or so bulls together until they are all standing restlessly in a line, side by side. Recent bull jumpers (‘Maza’) hold them in place by the tail and by the horns.

Naked, but for a few cords across his chest to signify the childhood he is about to leave behind, our lean and tall boy takes a short run up and is atop the bulls easily.

He dashes, to and fro, one end to the other, over the bulls’ backs. Should he fall and not complete four runs, he will be whipped by the womenfolk and have to wait another year to try again.

But our boy completes the four dashes without tumbling and descends, elated, relieved – and as a man. 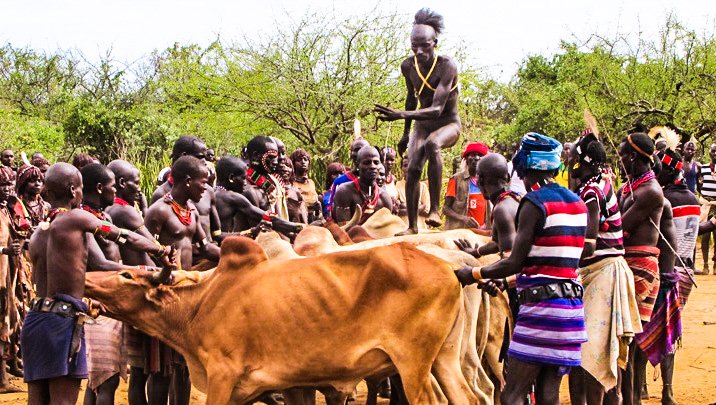 The author travelled at his own expense but can happily recommend Ethiopian Inspiration who arranged the trip: tour@ethiopianinspiration.com