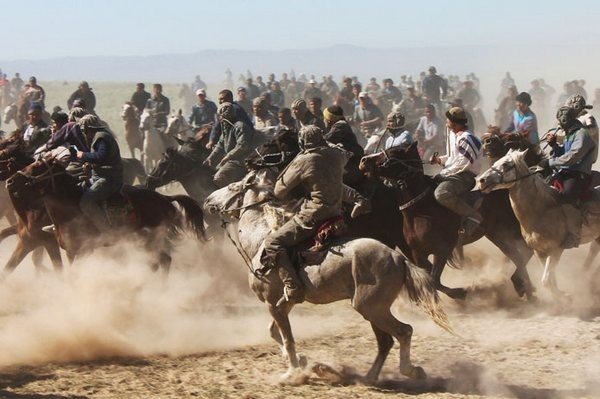 “He is fine horseman,” my self-appointed commentator says, squatting next to me on the shingle bank of a dried up river bed. Dressed in the traditional Uzbek four pointed tubeteika hat and long quilted chapan jacket, he looks every bit the learned village elder. 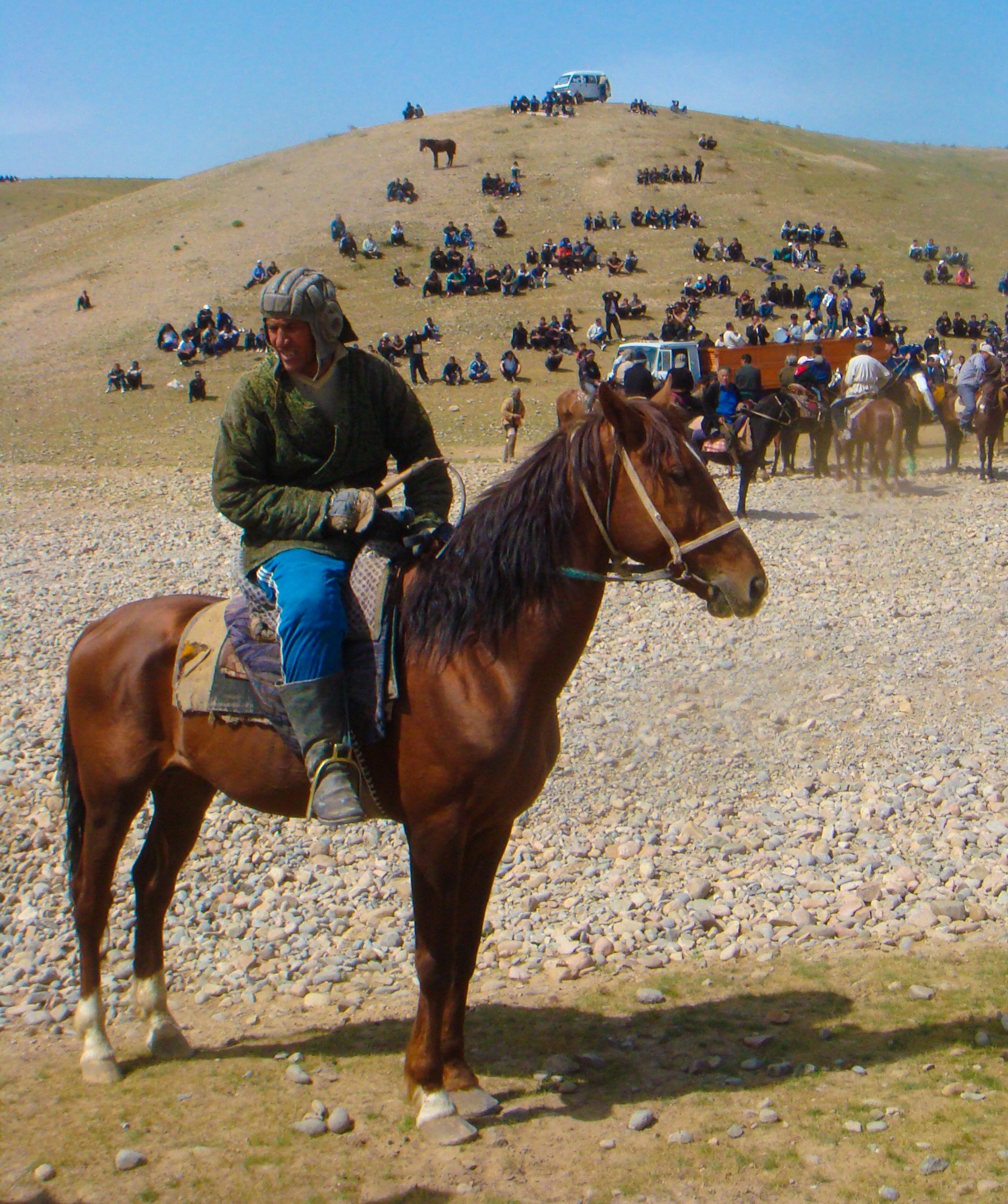 We are in barren undulating land, not far from the small town of Sherabad, in the far south of Uzbekistan. “Which one?” I ask, looking down on forty or more Uzbek men on horseback, dressed in dusty sweatshirts, and tired jeans tucked into well-worn riding boots.

The commentator, long in years and short on teeth, nods his head forward earnestly, as if that would help identify our man, amongst the mêlée of horses and riders. They are playing the ancient and dangerous horseback game known locally as Kopkari, or more widely across central Asia as Buzkashi. 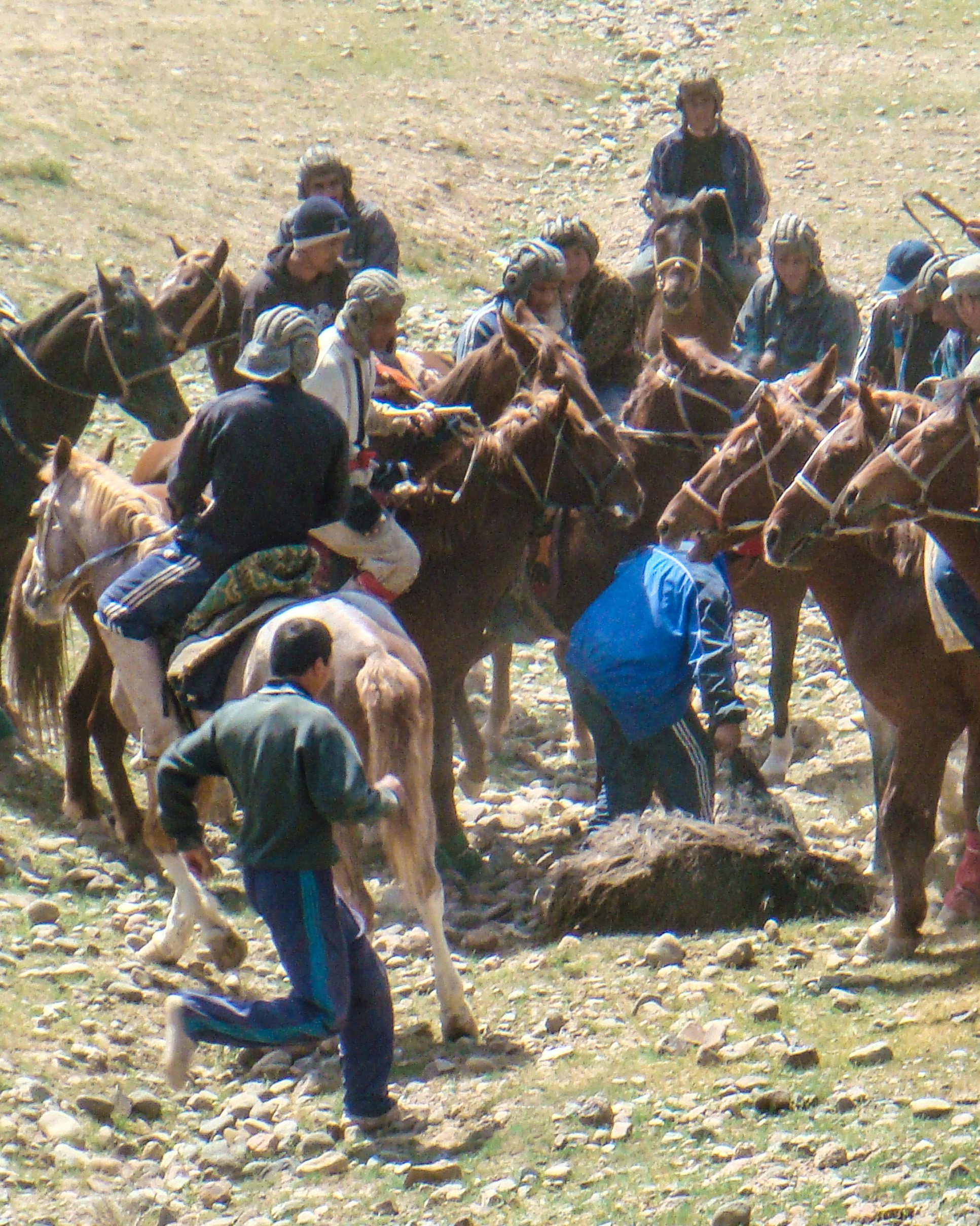 Dating back to the time of the Mongol empire, the aim of the game is as bizarre as it is simple. The body of a headless goat (gutted, stuffed and cauterised to avoid any unfortunate leakages) must be picked up from the ground by a rider, and carried clear of the mauling competitors, each trying to do the same.

Not a game for the feint hearted, there is much pushing, shoving, and horse whipping, to wrestle the goat free. Protection is limited, with most riders wearing padded gloves and a good number curiously wearing the soft padded helmets that Russian tank drivers once wore. 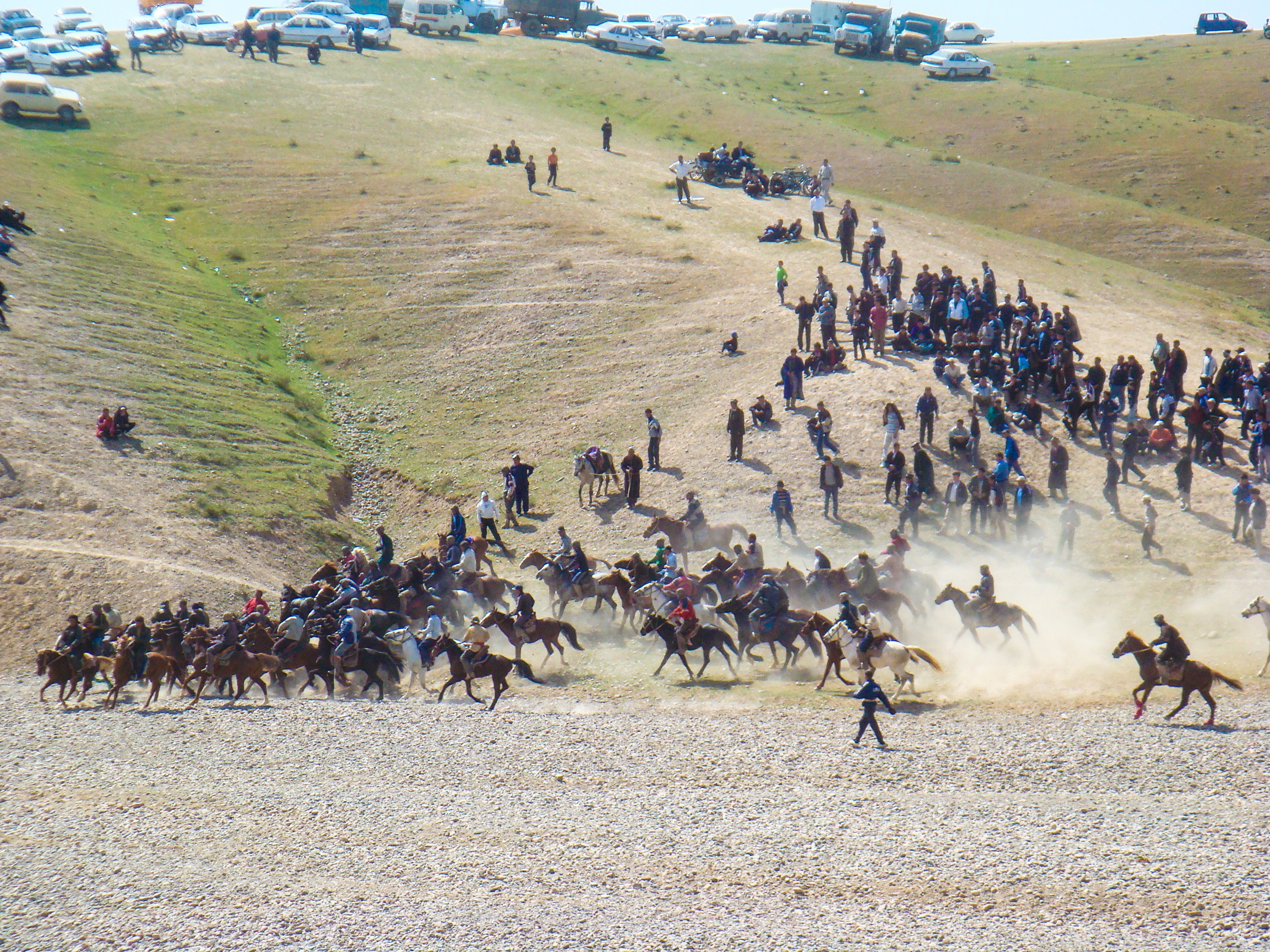 Whip between his teeth, goat slung across the saddle in front of him, one man (our man?) makes a break, galloping at great speed along the wide, dried out river bed. He is soon clear of the pack and a small brass band strikes up to celebrate his ‘goal’.

The band is four or five in number, dominated by a long horn and standing on the flat bed of a lorry at the head of the river. Amplified through a couple of loud speakers, they play in a cacophonic style I would best describe as ‘experimental jazz.’

As the rider trots up to the control base in another lorry adjacent to the band, I ask my commentator what the rider wins. It’s confusing. Maybe a carpet, or it could be cash, my expert tells me. It all depends on the competition.

This one appears well attended by riders and the few hundred all male spectators adorning both river banks. The game continues with pace and aggression for some hours, indicating to me that there must be prizes, if not the just respect of your fellow horsemen, worth winning. 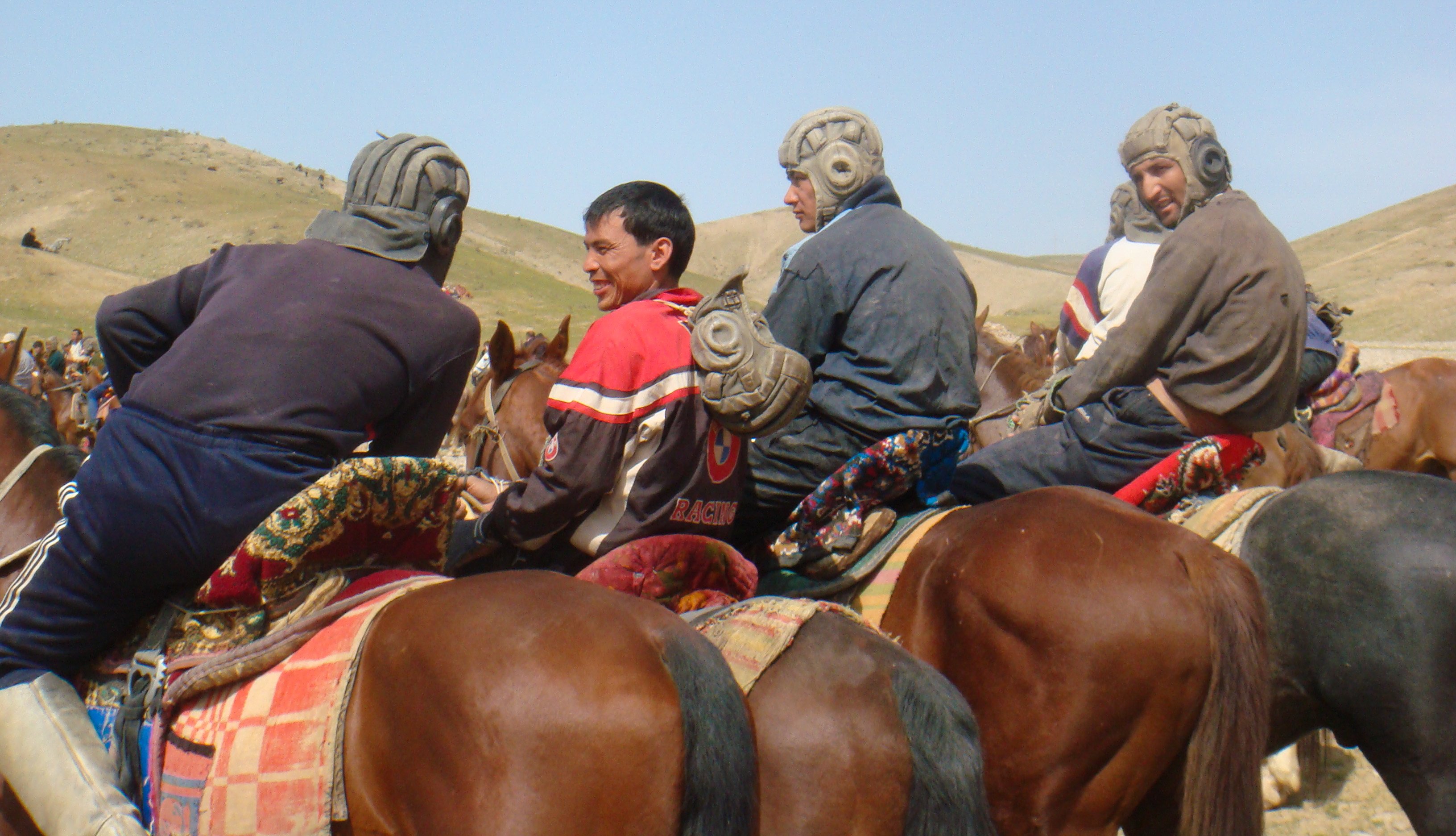 Players and horses occasionally take a rest and then re-join the scrum, particularly if numbers look weak and an easy score could be on the cards. Games can last two days, I’m told. I start to wonder if there are enough carpets and cash to giveaway, to fund such an epic.

With dusk and a long drive north looming heavily, I thank my commentator for his mostly lucid words, and beat my retreat as the horsemen battle on and the strains of experimental jazz ring in my ears.