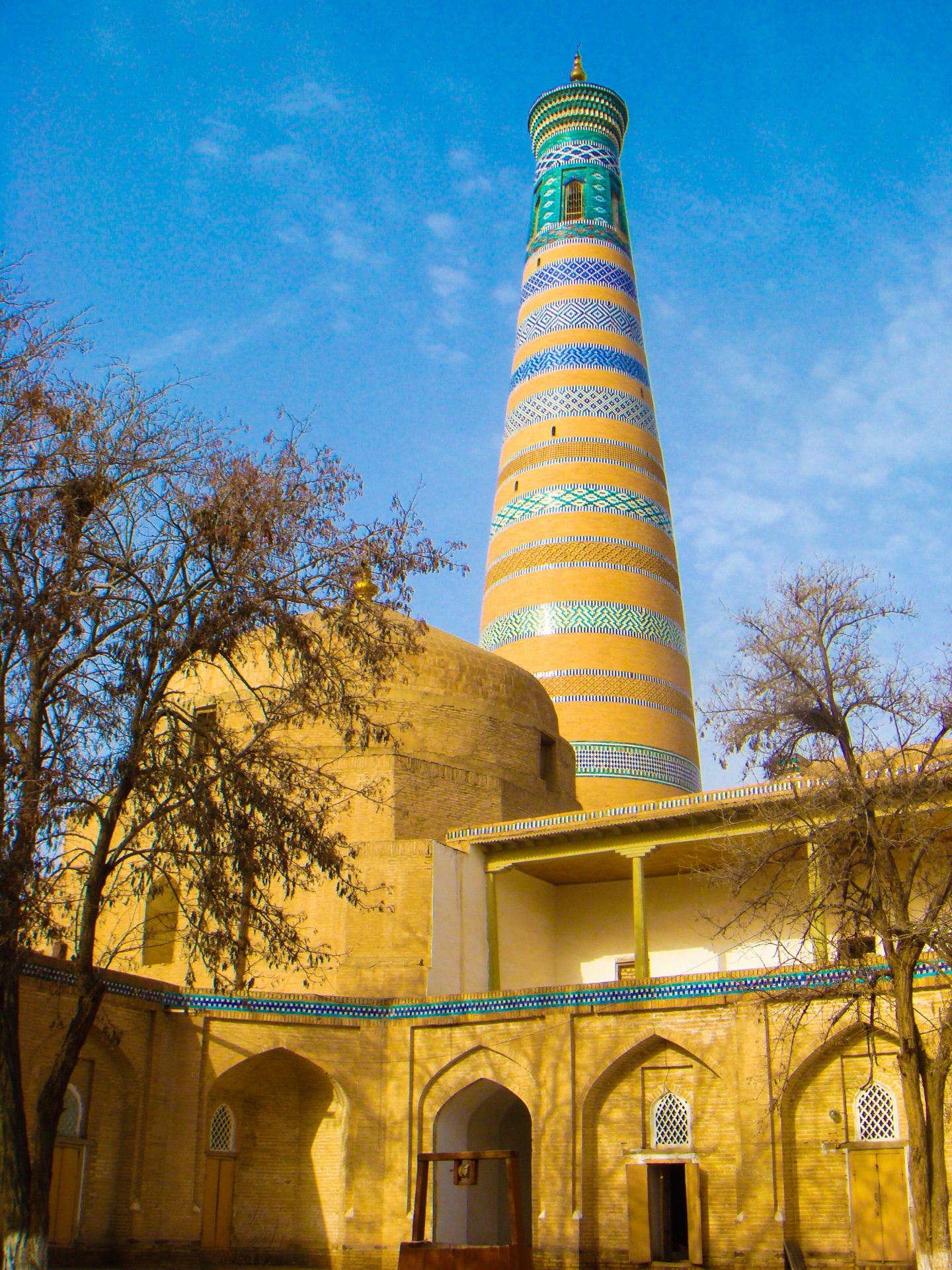 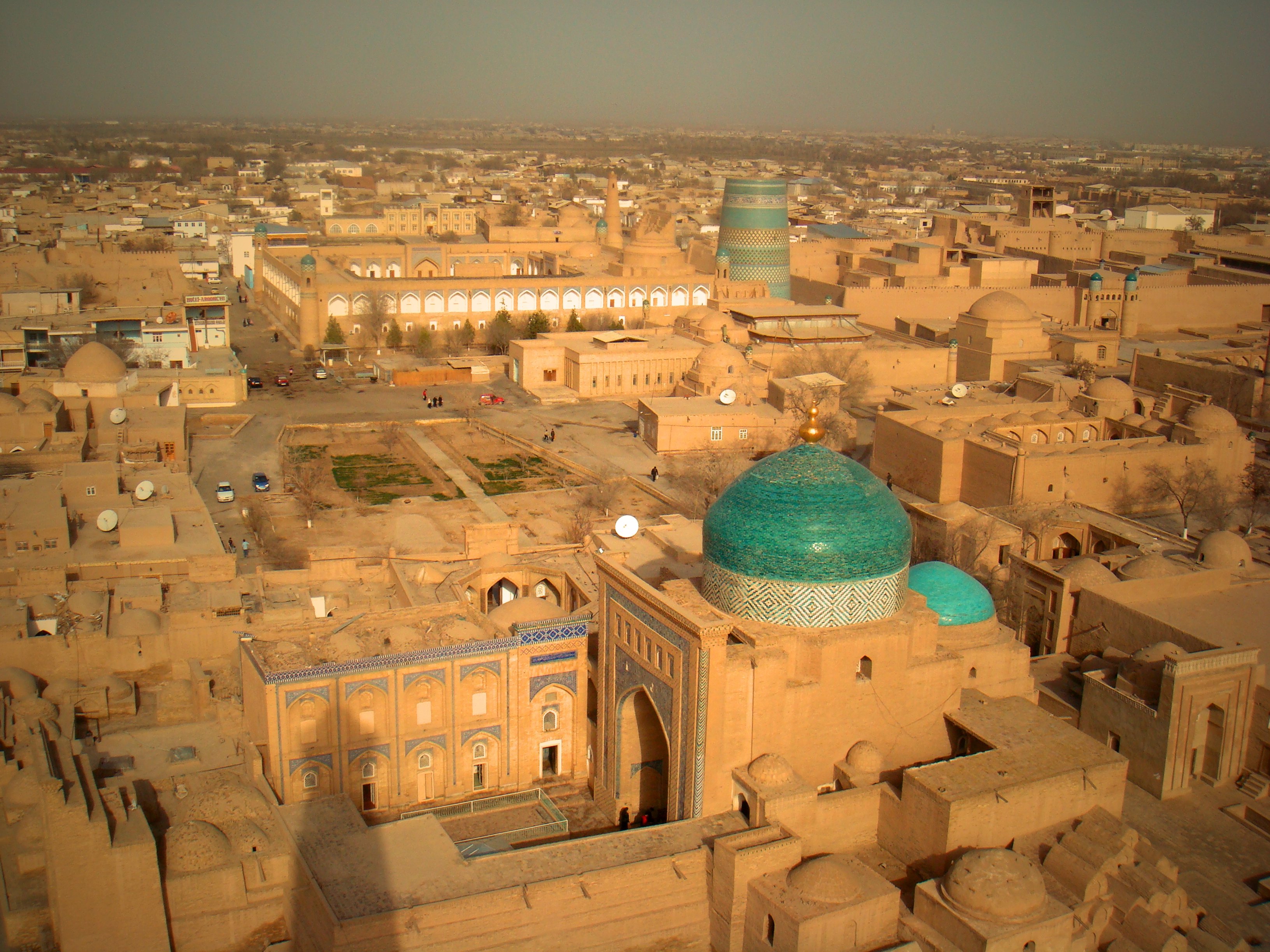 The last oasis before the brutal crossing of the Karakum desert into Persia, the ancient city of Khiva on the Silk Road flourished from humble origins into a city of architectural splendor. Even more remarkable, it is still standing today.

First established in the 10th century, today it lies within Uzbekistan in the valley of the Omo Doryo river and on the border with Turkmenistan. Despite a turbulent past, in which it withstood and succumbed to aggressors in equal measure across its expansive history, the high crenulated walled city has fared well. 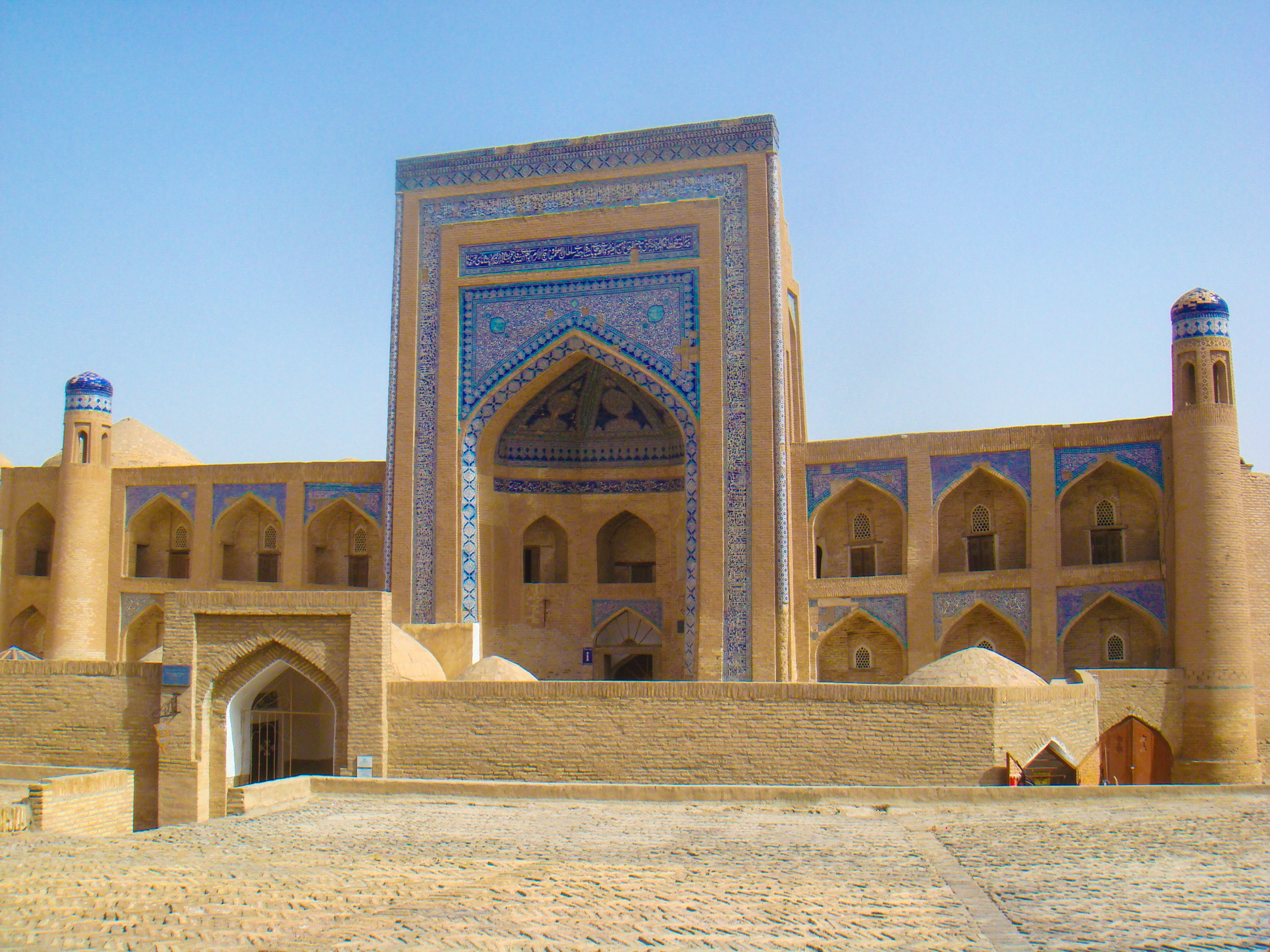 Remarkably well preserved Islamic architecture still stands today as if frozen in time, albeit with more than a hint of post-apocalyptic desertion about the place. Akin to an open air museum, the gated city was recognised as a UNESCO World Heritage site in 1991 and spans mosques, madrassas, mausoleums, caravanserais and markets.

I wandered the narrow alleyways and large courtyards of the remaining edifices, barely seeing another soul. A maze of dusty browns, the occasional splash of turquoise tessellated tiling stood out in beautifully stark contrast. 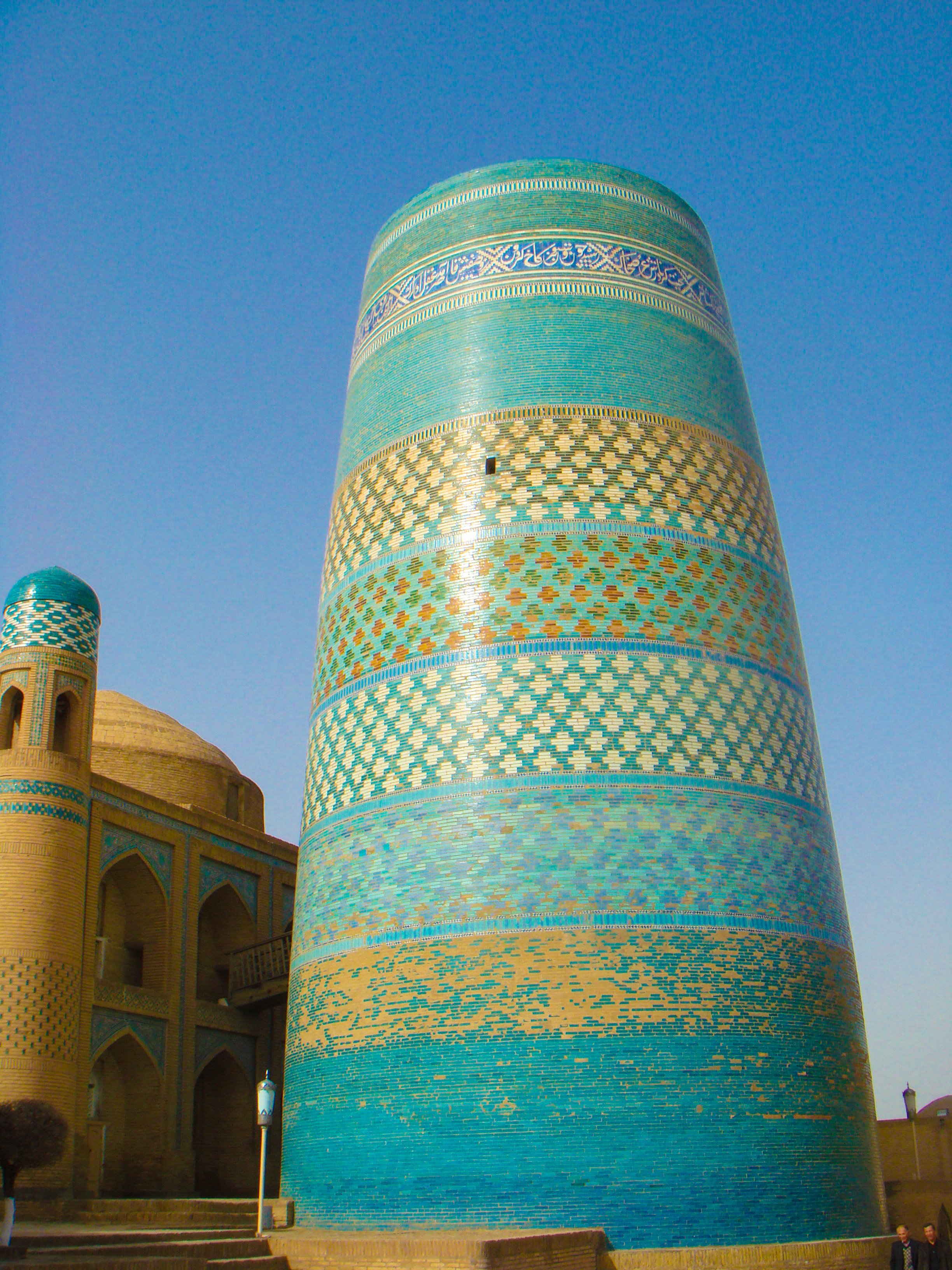 The wide and comparatively short Kalta Minor minaret stands arrestingly by the Western Gate. Theories abound as to why it was never finished: the view from the top might have afforded a view of the local Khan’s bountiful harem at leisure in his grounds; due to a disagreement, the architect was due to be thrown from the top upon completion and hence he didn’t let another brick be laid; or, more likely, the death of its main benefactor before completion halted construction. 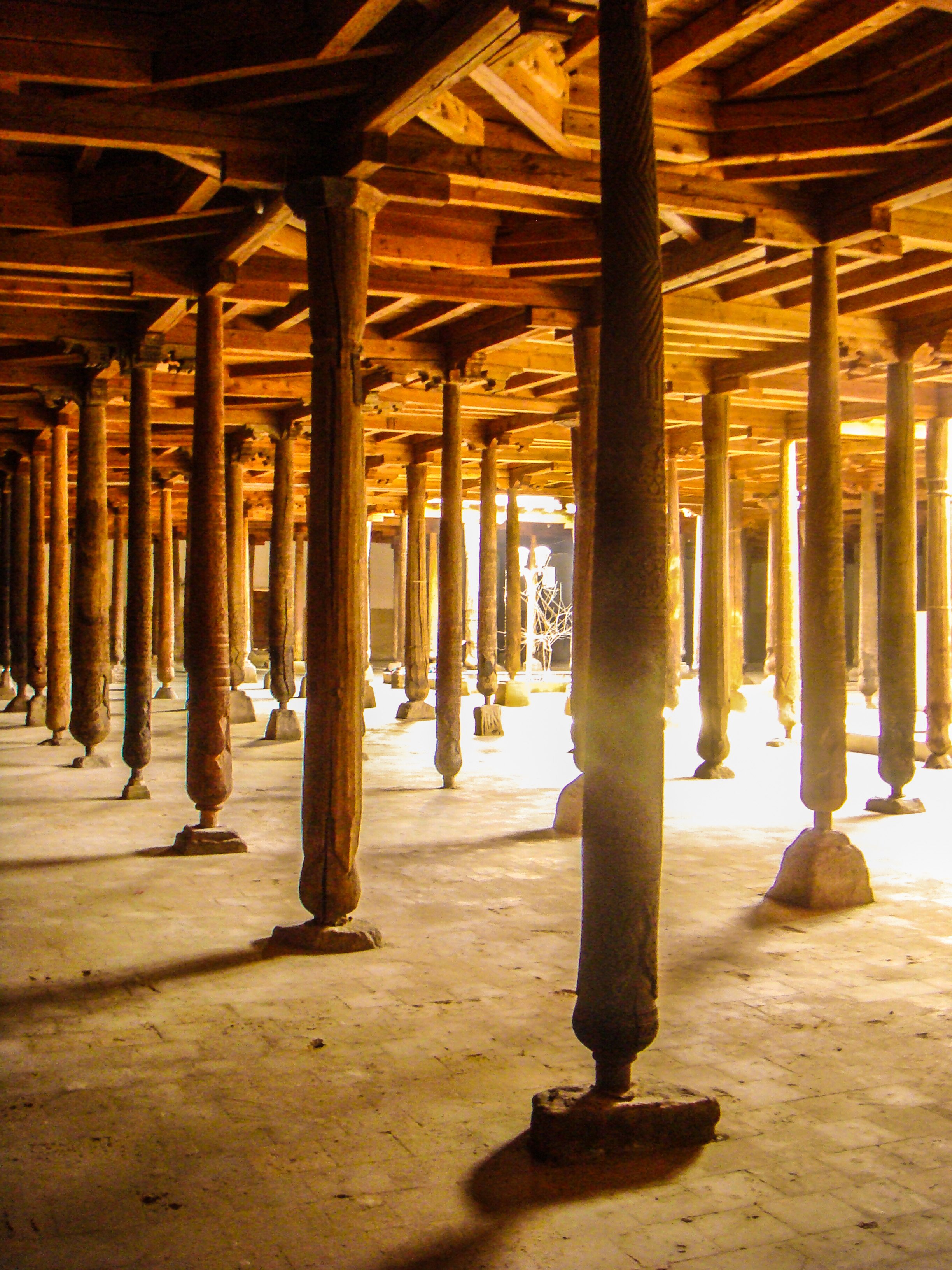 As I wandered further, I dipped inside the dark prayer hall of the Djuma mosque. Whilst the building we see today dates back to the 1800’s, the forest of 212 carved wooden supporting columns inside the mosque date as far back as the 10th century, preserved and re-used in various reincarnations of the same mosque. 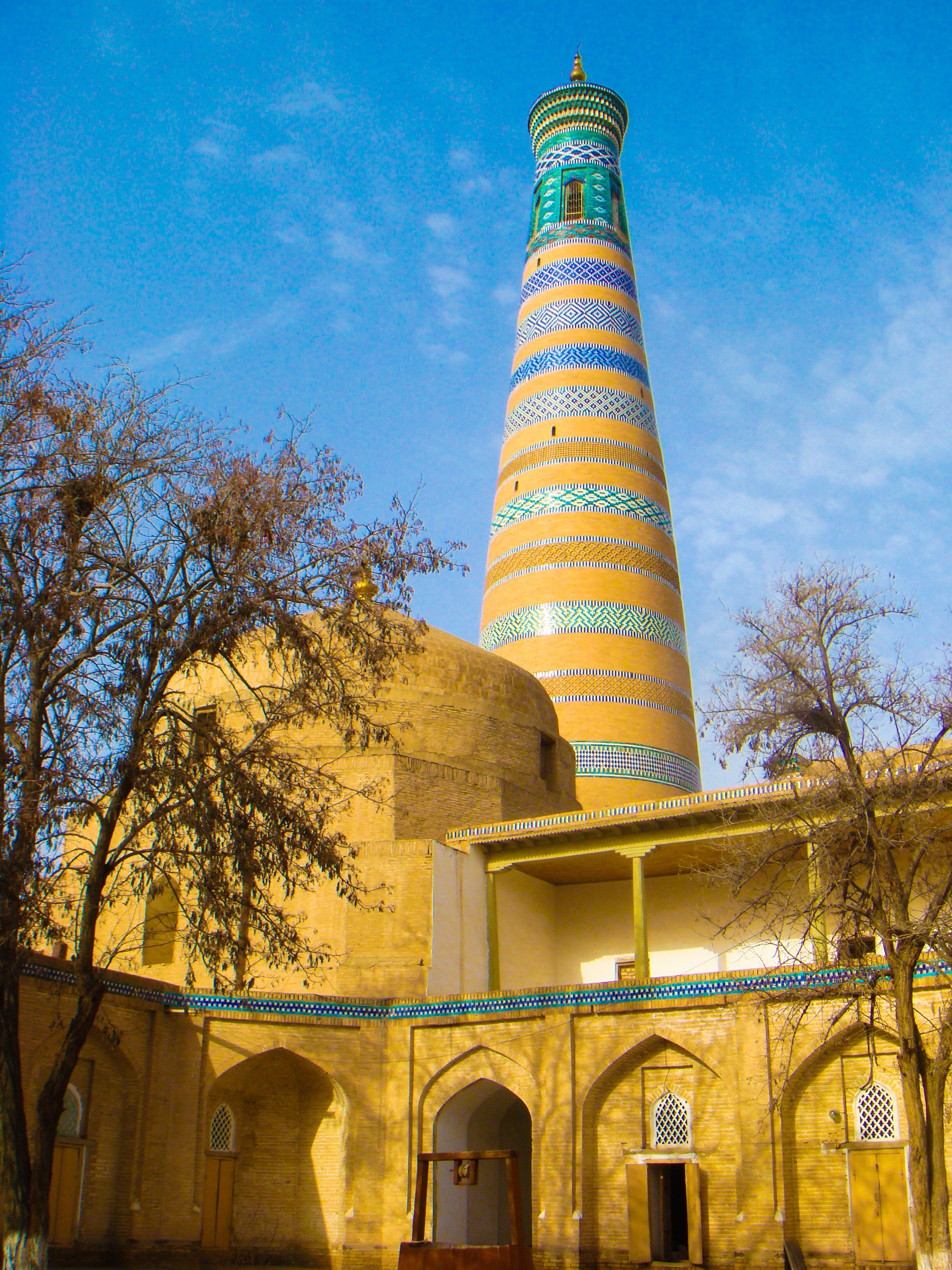 Though there are over 50 impressive buildings to visit, few are more so than the Mausoleum of Makhmud Pakhlavan. A craftsman by day, he was also known for his incredible strength and toured the region as a wrestler of distinction. There was a softer side to Pakhlavan, however. A committed Sufi, he was also a celebrated poet.

His mausoleum was modest at his death but, given an increasing flow of pilgrims, the original mausoleum was increased to eventually house the impressive turquoise domed mosque and allied buildings that stand today.

After a long day rambling through the silent city, I retreated to my quiet little hotel opposite the western gates and turned in early, for the locale was not exactly awash with distractions. Sleep was soon not an option. I peered out towards city walls to see what I could most certainly hear; a raucous party was getting under way.

They say, if you can’t beat them, join them. Dressed again, I wandered outside to see tables of Uzbek men, smartly dressed in dark colours, feasting on a steaming stew and knocking back vodka with gusto outside a nearby cafe. Skulking in the shadows, I was soon ushered in to join them. Not the convention of hoodlums that I had first feared but a wedding was in full swing. The gents preferred their own company outside and the women and children enjoyed the racket inside. 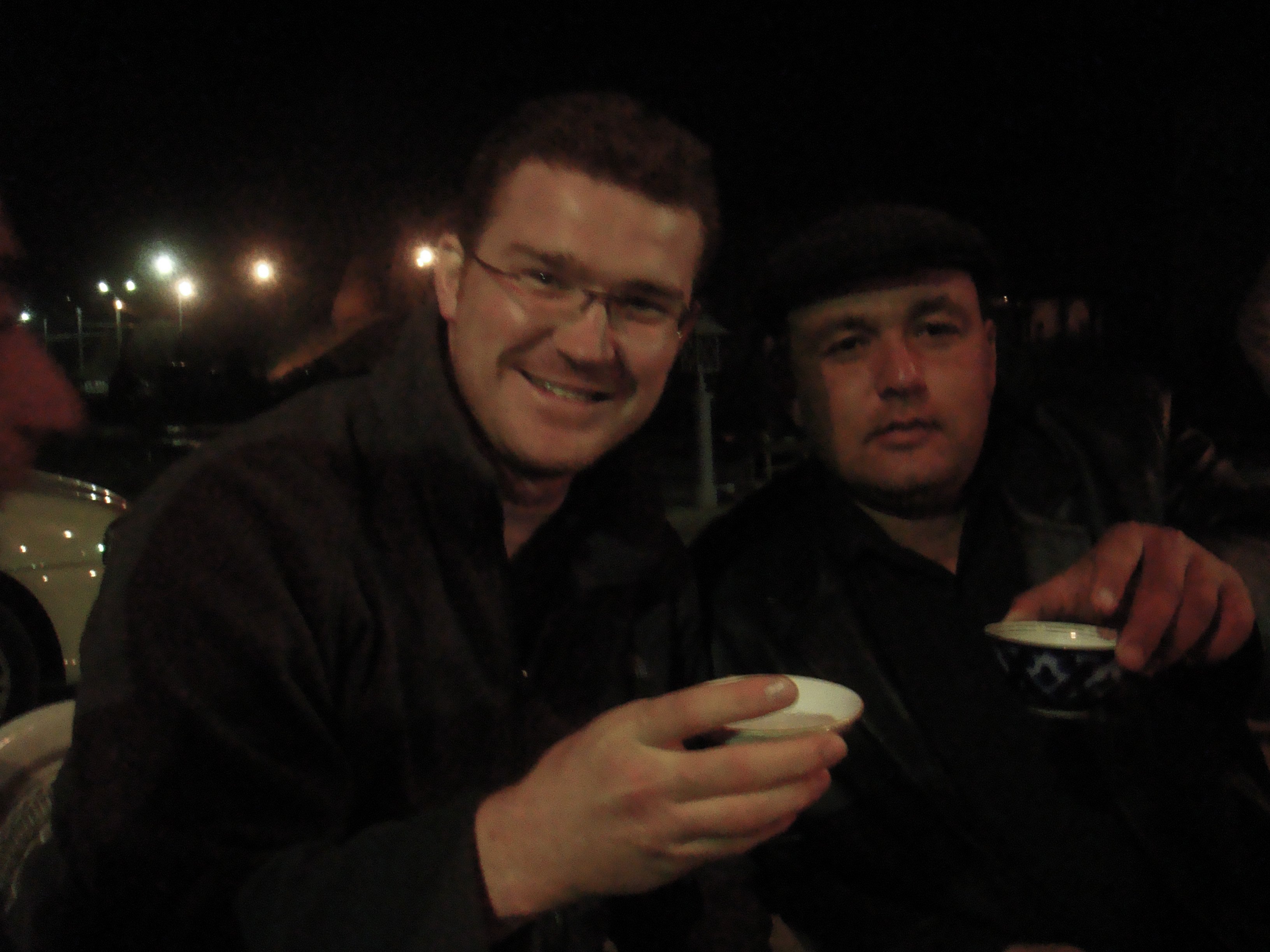 The language barrier prevailed but their hospitality was not in doubt. Whom or what we were constantly toasting with tea cups of neat vodka I know not – the happy couple, I presume – but I do know that a few hours later I was back in bed, a belly full of rich stew and a head spinning from the vodka toasts.

Come the morning, despite the raucous wedding party, Khiva’s ancient walls were still standing. The city has been buffeted by far worse and long may the imperious turquoise minarets and domes last into the future, a great testament to their adventurous forbearers. 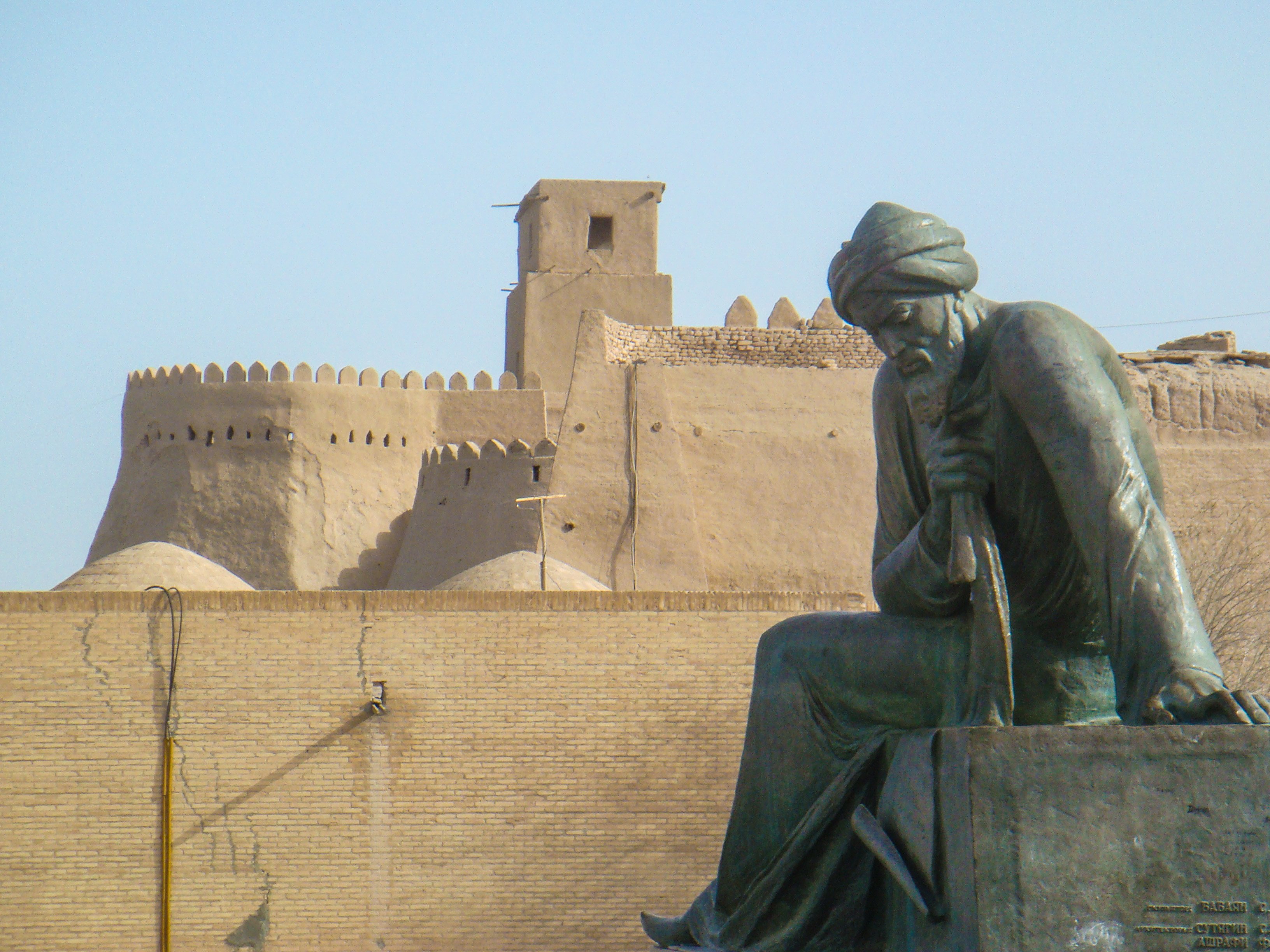