Home » In the Shadows of Tignes 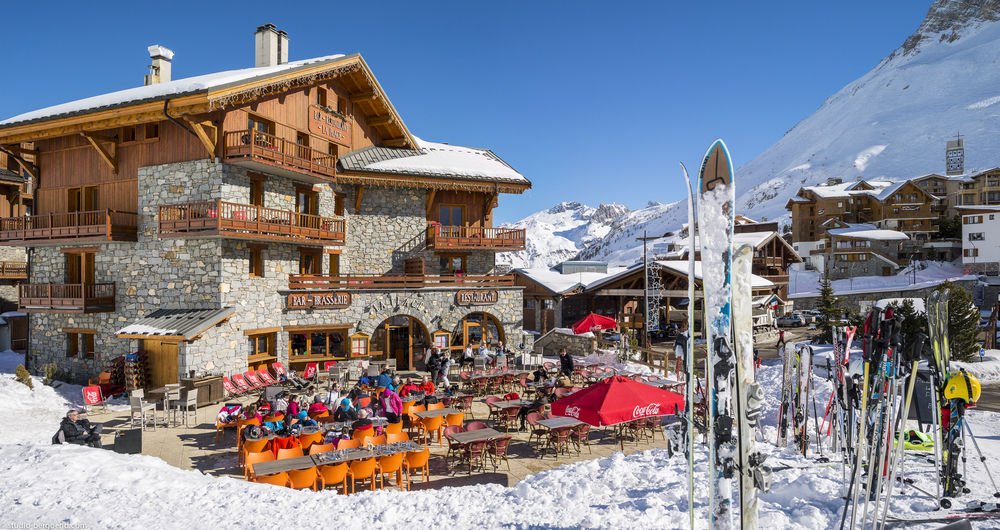 It’s not all snow flakes and apres-ski in Tignes. The world famous ski resort has a past and, occasionally a present, as dark and as icy as the shadow cast from la Grande Motte.

Take the construction of a hydroelectric dam and eviction of local families, whose homes and livelihoods will be submerged. This story has been told right across the globe. From the Three Gorges in China to Itaipu in Brazil, it is a familiar tale.

The original village of Tignes was in the Isère valley but was completely submerged in 1952 with the construction of the hydro-electric ‘Barrage de Tignes’ dam. The dam could, at the time of construction, generate power for up to 10% of France. Hence, the importance of the project and condemning Tignes to its fate.

During the five years of construction, a temporary town of the 5,000 or more workers sprang up. Those men, with a few extra Francs in their pocket and nowhere to go, took to illicit gambling and ladies of the night. The area earned the reputation of being the ‘Wild West of the Savoie’ until construction was completed and the men moved on. The sleepy villages of Tignes were then left to slumber once more.

Once every 10 years the lake behind the dam, Lac du Chevril, is drained for maintenance work and the remains of the old village become briefly and eerily visible once again. 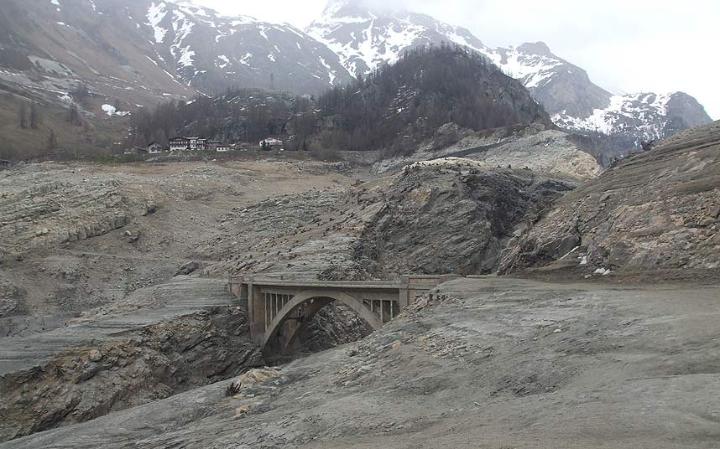 To the left, you can clearly see the original Isère river bridge still intact, in a rare moment when the Lac du Chevril was emptied.

The displacement of the local population did lead to the huge investment, as recompense, into the ski resort that Tignes enjoys today.

Low paid workers, living in cramped accommodation, serving well-heeled tourists is a predictable blight across the globe. The ski-season chalet hosts or ‘saisonnaires‘ are not without parallel. Fresh from school or university, they cook and clean relentlessly for their weekly chalet guests. In return, they share a shoe-box room, are allowed to eat what they cook for their guests. Though, for our chalet hosts, not the meat, as their employer says it is too expensive for them to consume. Their salary, is beer money of c. £400 per month.

It is tiring work and, I suspect, their guests are oft inebriated and tiresome too. The ski season kids do, I hope, enjoy their afternoons off skiing and snowboarding. I retain hope that they have a rich social life, full of camaraderie and fornication, despite the limitations of the early starts and late finishes, and the privations of their accommodation and meager income. Without their labour, the ski chalet concept would start to founder.

Remaining true to the local natural environment is a hard balancing act, especially when lucrative tourist income is at stake. The Tignes ‘Espace Killy’ ski area has humble cafés and restaurants dotted sporadically across the slopes. Anonymous, discrete, deep in snow, and built in the local style, they appear as natural as the mountains on which they sit.

Highest and most grandiose is the plush Le Panoramic, almost at the peak of La Grande Motte. Those with reservations for the à la carte service can expect to swap ski boots for warm, fluffy slippers on arrival, and hearty flame grilled Savoyarde (local regional) food of Michelin star quality and a wine cellar to match. 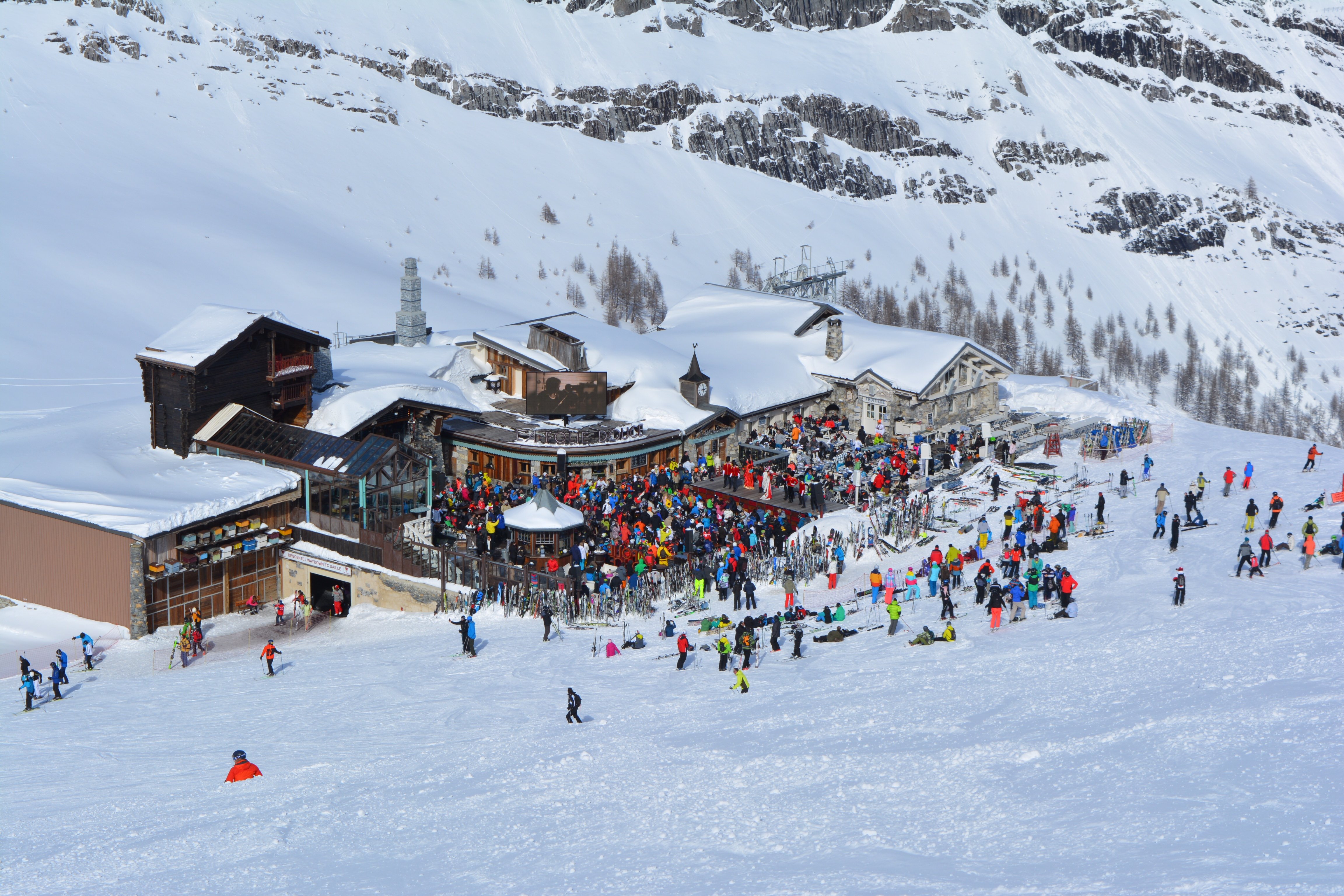 Not every development is as in-keeping with nature. The Folie Douce can be heard long before it is ever seen, nestled amongst the ski slopes. A now infamous party venue, the bass from the dance music played outside carries across the ski slopes. Between 12pm and 6pm, the place is a riot of costumed dancers and musicians, befitting Pigalle and the Moulin Rouge. 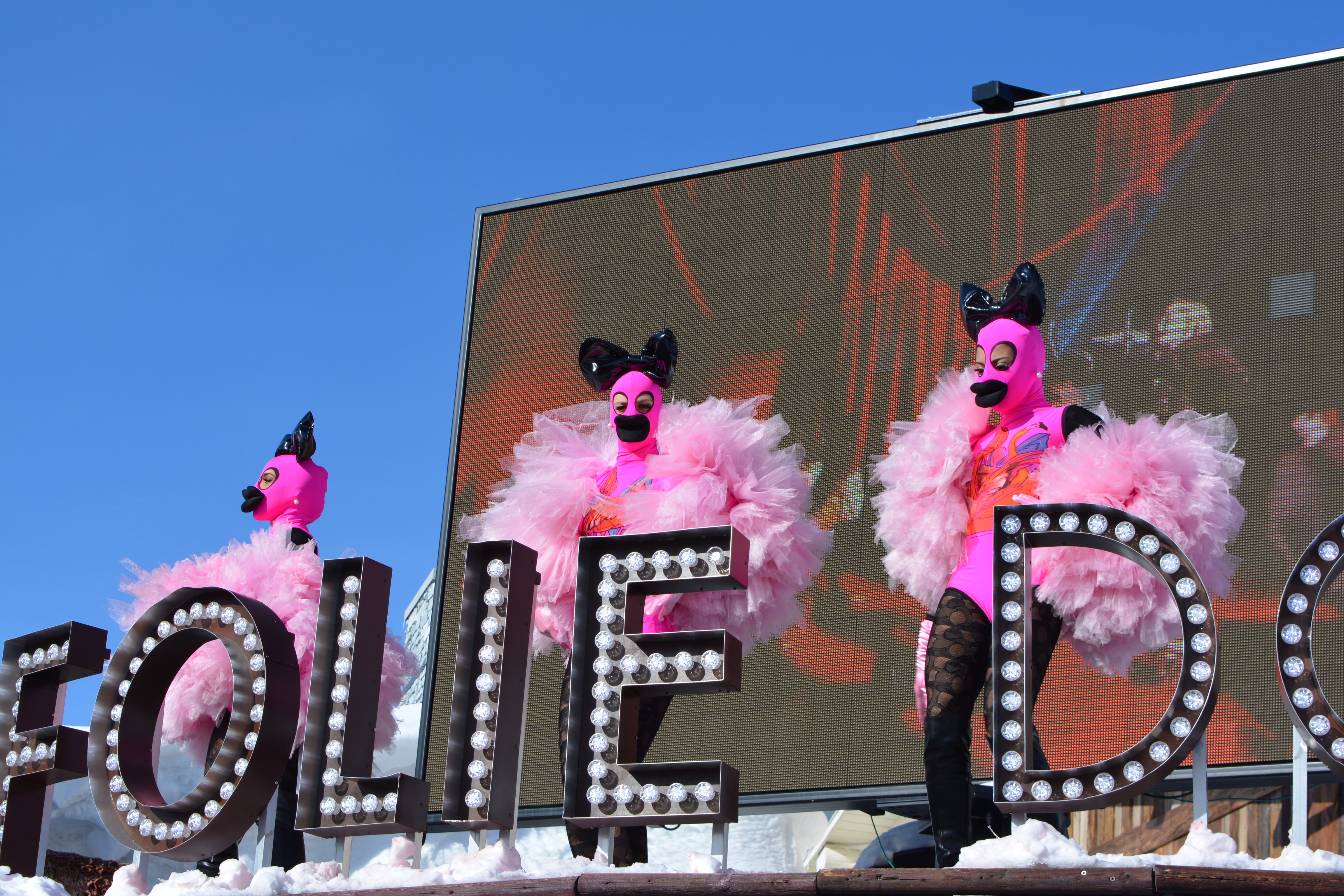 Young skiers and snowboarders pack the outside terrace, reveling in the party atmosphere. The bump and grind in the crush could be straight out of a heaving West African maquis bar. It is somewhat colder here however, with the patrons warmly clad in gloves, hats, salopettes and ski jackets.

As the volume rises, the DJ emplores the masses to ‘put your  f****** hands up’. This is not a robbery, however. Not as such, though the €8 charged for a slim bottle of beer is clearly daylight robbery.

We digress. The sturdy tables, used for lunch moments earlier, become dance podiums. It is soon hard to remember that it is 3pm and not 3am. Testament to the success and excess of the place, champagne is sprayed over its patrons at least every hour, to shrieks of appreciation – and, for some, consternation that their nice new ski jacket might get stained. 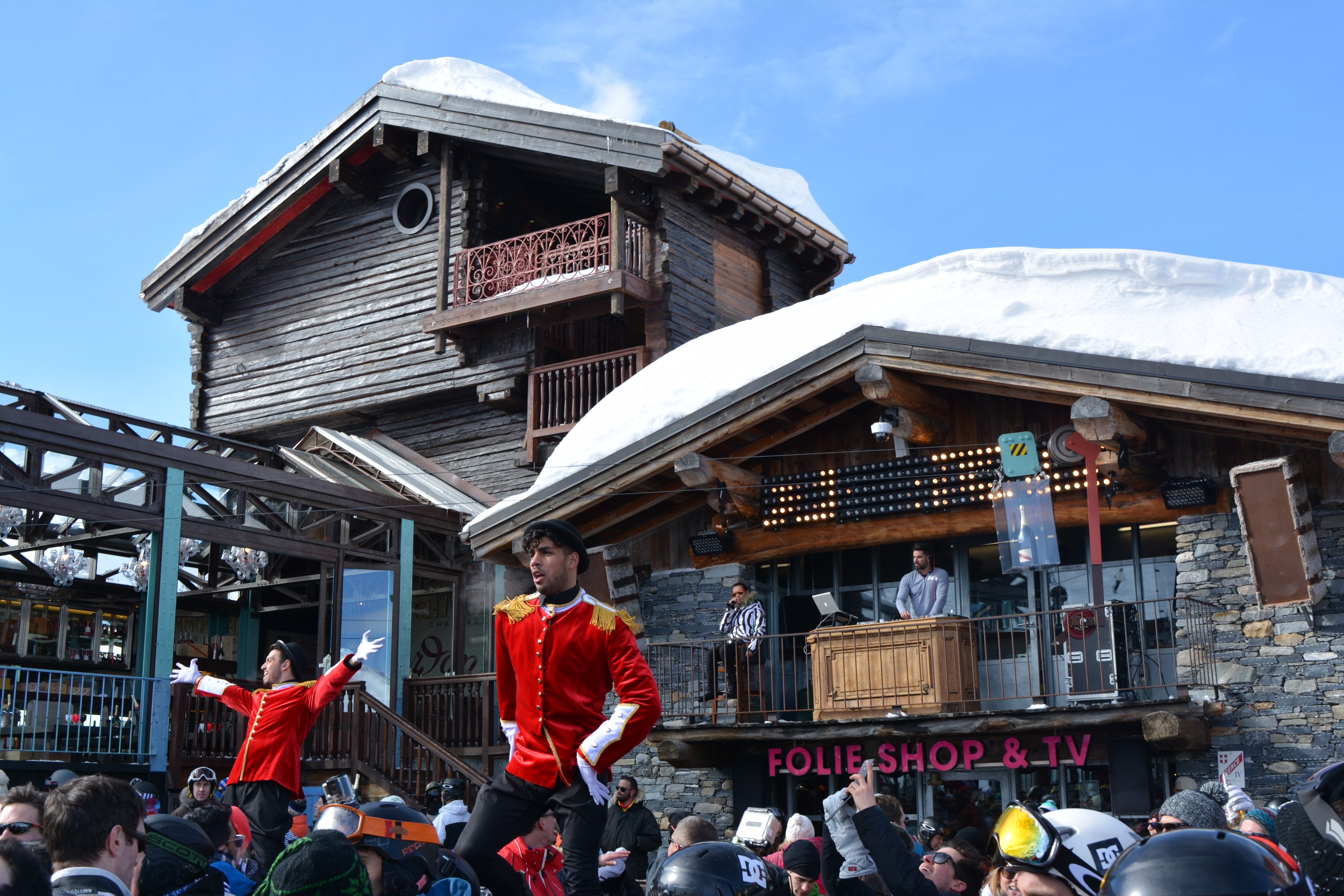 The vivacity and frivolity attracts a crowd in itself, with many sitting on the slopes beyond the Folie Douce’s confines, watching the antics unfold within. Incredibly though, by 6pm it has all shut down, in time for the last chairlifts home.

As night falls, a nocturnal army of workers wakens. Street cleaners the world over operate pre-dawn, preparing the way for the next onslaught of daily traffic. The ‘piste basher’ juggernauts of Tignes come out to comb the snow for the next day, making their way up and down precariously angled slopes, in the dead of night and arctic temperatures. 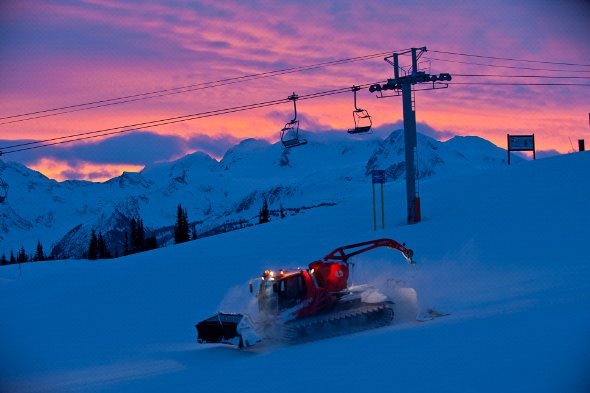 Alone in the cab of their machine, the piste-basher’s life is a lonely one, looking down on twinkling lights of Tignes. Those for whom they toil, sit eating, drinking, and making merry whilst the piste-bashers battle the cold dark conditions alone.

Tignes is blessed with great ski slopes and plays host to innumerable wonderful holidays every year. Forget not though, that few pleasures come without someone’s pains. Keep your eyes open to the icy shadows of la Grande Motte.