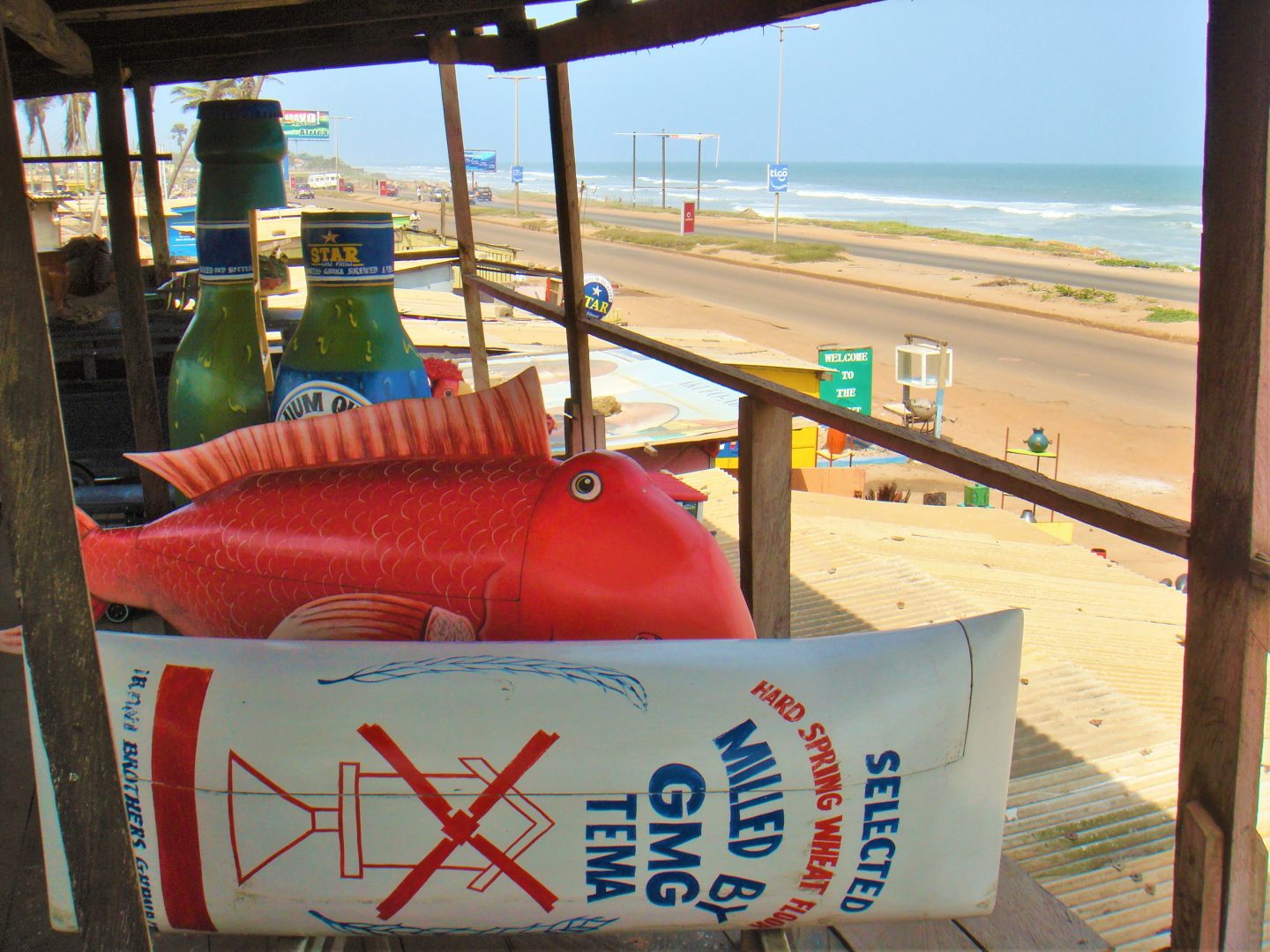 “Nothing in his life became him like the leaving it.”

So came the words from the quill of William Shakespeare. Had he been standing next to me in the coffin workshop, in Teshie, a coastal suburb of Ghana’s capital city, Accra, he may have penned something slightly different. He would have been admiring, as I was, the craftsmanship at work in creating giant wooden fish, éclair and pineapple coffins. 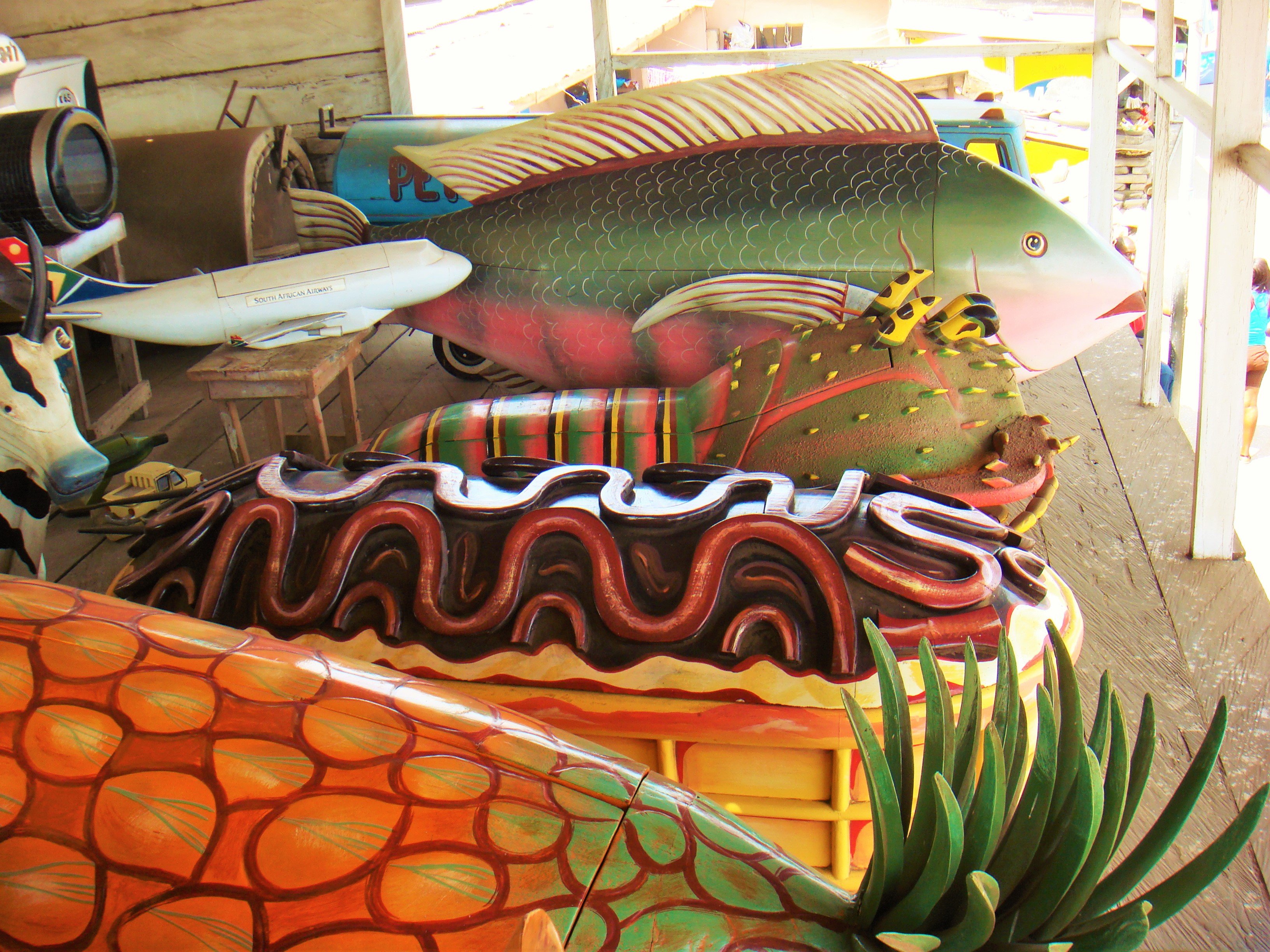 The Ga-Dangme people, who historically hail from Teshie, often practise the burial of their dead in bespoke hand crafted and painted wooden replicas of an item that exemplifies the deceased. The great reverence given to the afterlife, and those who inhabit it, is such that the vehicle on that journey has real meaning and matters greatly. It might be that a fisherman is buried in an over-sized fish, or a taxi driver in a replica car, in order to assist them in being successful in the afterlife. 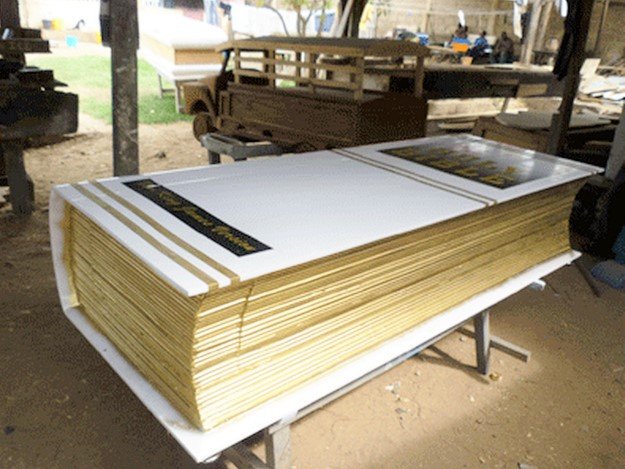 It is not always quite so simple, though. The aspirant writer, who never penned a word in their life, might be buried in a book. The farmer who tilled his fields daily, might have an aeroplane for he longed to one day visit foreign lands. Though whimsical to the Western eye, the coffins are a remarkably personal story.

The origins of this practise are said to be recent. In the 1950s, a Ga chieftain had commissioned a palanquin: a chair or bed with horizontal poles to hold it aloft and carry said chieftain ceremonially to his chosen destination. As was customary, the palanquin would be figurative, representing a symbol of, or totem for, the chief’s family. As the story goes, it was in the shape of cocoa pod.

So sudden was his unexpected demise, and so new was his resplendent palanquin, it was decided that he should be carried in his cocoa pod to the burial ground and put to the earth inside the cocoa pod. This started the fashion, which has slowly permeated funeral culture across southern Ghana and into Togo.

As one of the artisans took a breather from diligently spray painting a more mundane looking coffin, I asked about the funeral process.

“Process?” he smiled, wiping sweat from his brow, “Party you mean!”

A community wide event, not actually knowing the deceased was apparently by no means a barrier to attending. Marquees would be erected, tables and chairs set out, food provided and music played loud enough to wake the recently deceased. The size and perceived success of the burial service dictated the social standing of the deceased, and would help propel him or her into a more successful afterlife.

It is not a cheap custom, however. The cost of the coffin alone can be US$600 or more; a fortune for families where daily earnings can be just a few dollars a day. Hence, the whole extended family is expected to chip in.

With so much effort and expense going into crafting the coffin, and such a polished and impressive outcome, is there ever a chance to admire the finished article, I asked.

“Only on the day of the burial is the coffin seen for the very first – and the very last – time,” I was told.

Burying all his hard work seemed rather a cruel end to the fruits of his labour. I gave him a disconsolate and apologetic shrug of the shoulders.

He shot back with a knowing look in his eyes, “The last time you will see it in this life, at least,” before returning diligently to his work. 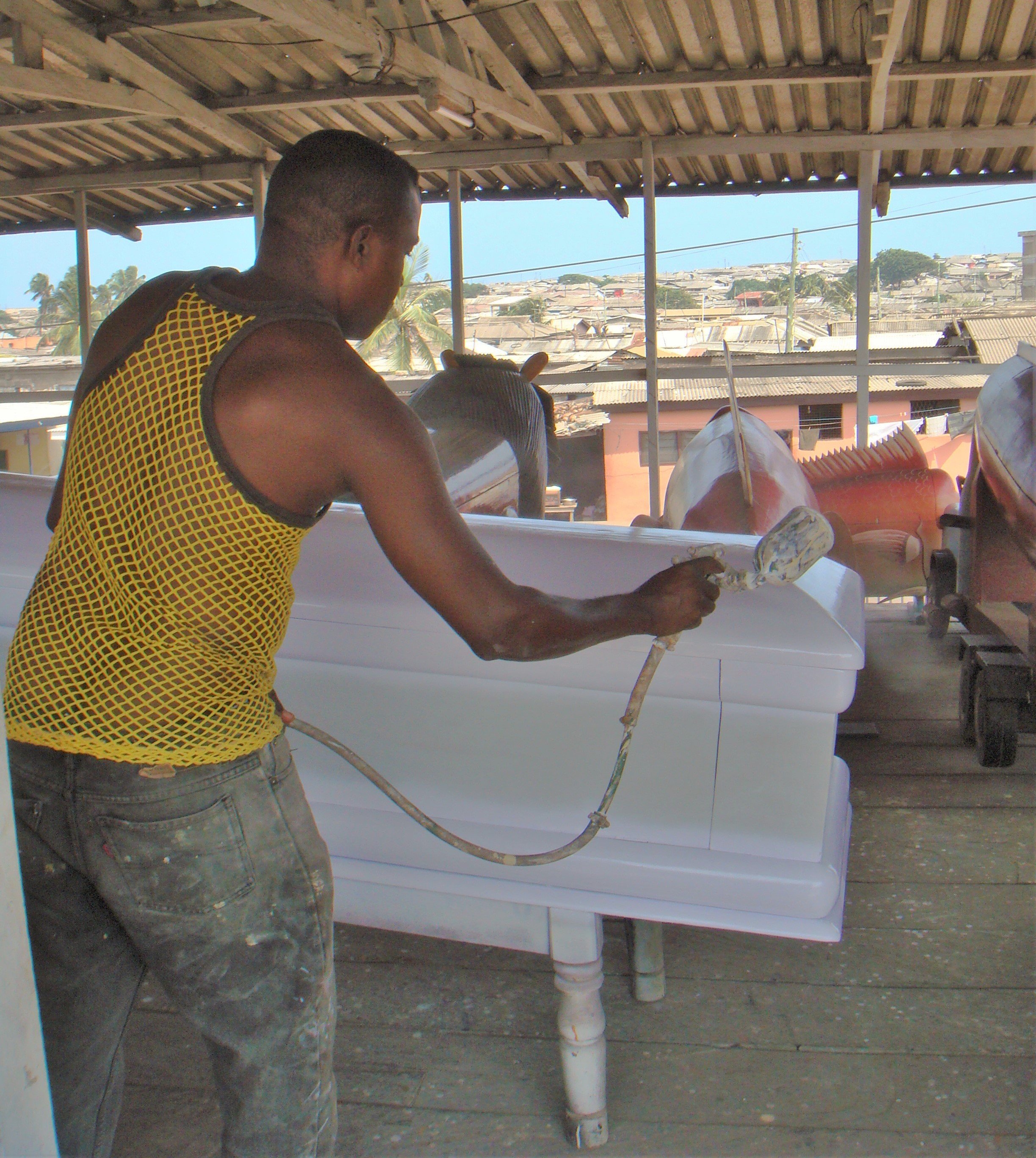 I’m not sure if Shakespeare had a view on an afterlife but, if he had been with me in Teshie, I would wager he would have been pre-ordering a giant quill coffin for when his time came.