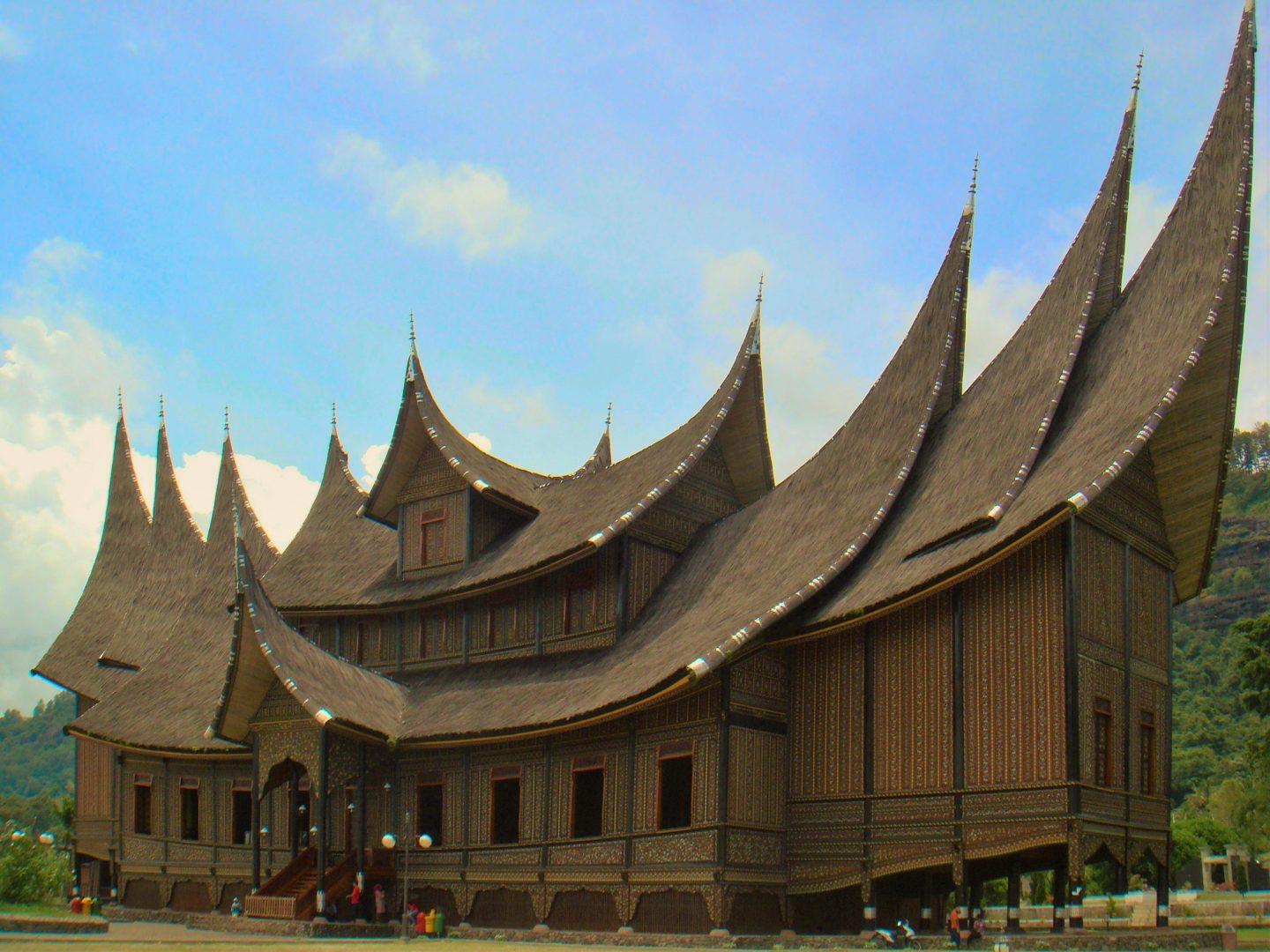 “It might seem confusing but it does make sense” explained the patient Air Asia hostess. A morass of petite Indonesian ladies, seemingly not used to air travel or numbered seating, were causing havoc as they boarded the short flight from Kuala Lumpur to Padang, Western Sumatra. I closed my eyes, if only to roll them unnoticed.

Seating system soon followed, though not necessarily understood, we landed little more than an hour later. The ladies disbursed into a land with which they were much more familiar; I, far less so. I was firmly in Minangkabau territory of Western Sumatra, an ethnic group that numbers into their millions across Indonesia, and pockets further afield. 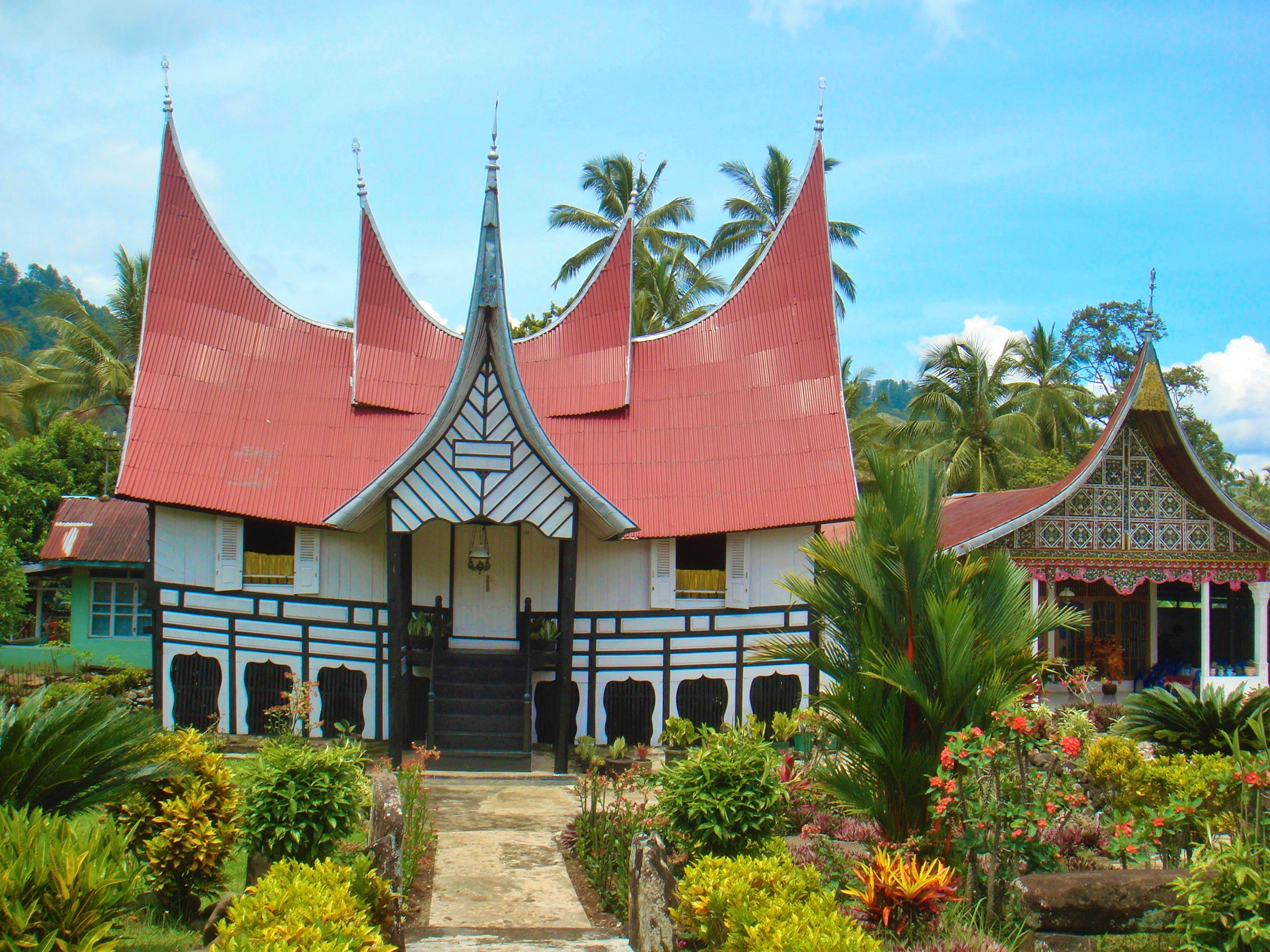 I was drawn there to visit the extraordinary Minangkabau architecture. Typified by their multi-tiered wing-tipped roofs, known locally as Rumah Gadang and said to echo buffalo horns, many are still made entirely of wood and sit upon stilts to avoid rotting on the oft sodden ground. 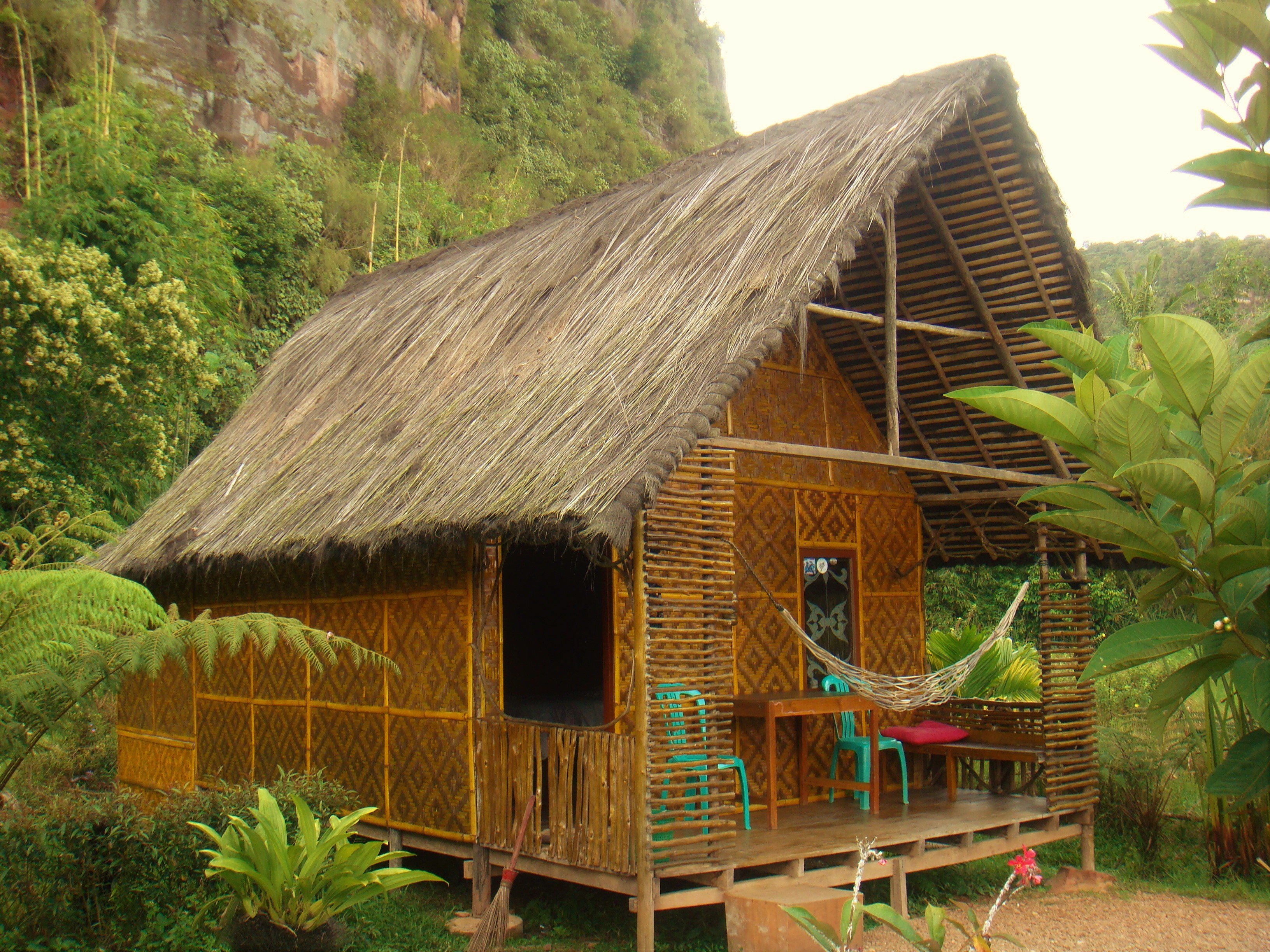 After a couple of hours drive, I arrived at my digs for the night: a collection of pleasant, basic huts, tucked away amongst the patchwork of flat farmers’ fields in the Harau Valley near to regional centre, Bukittinggi. The flat vista from the small huts was punctuated in the distance by sheer rock formations, rising abruptly and vertically. From some came tumbling waterfalls, harnessed to irrigate the patchwork of small holdings below. 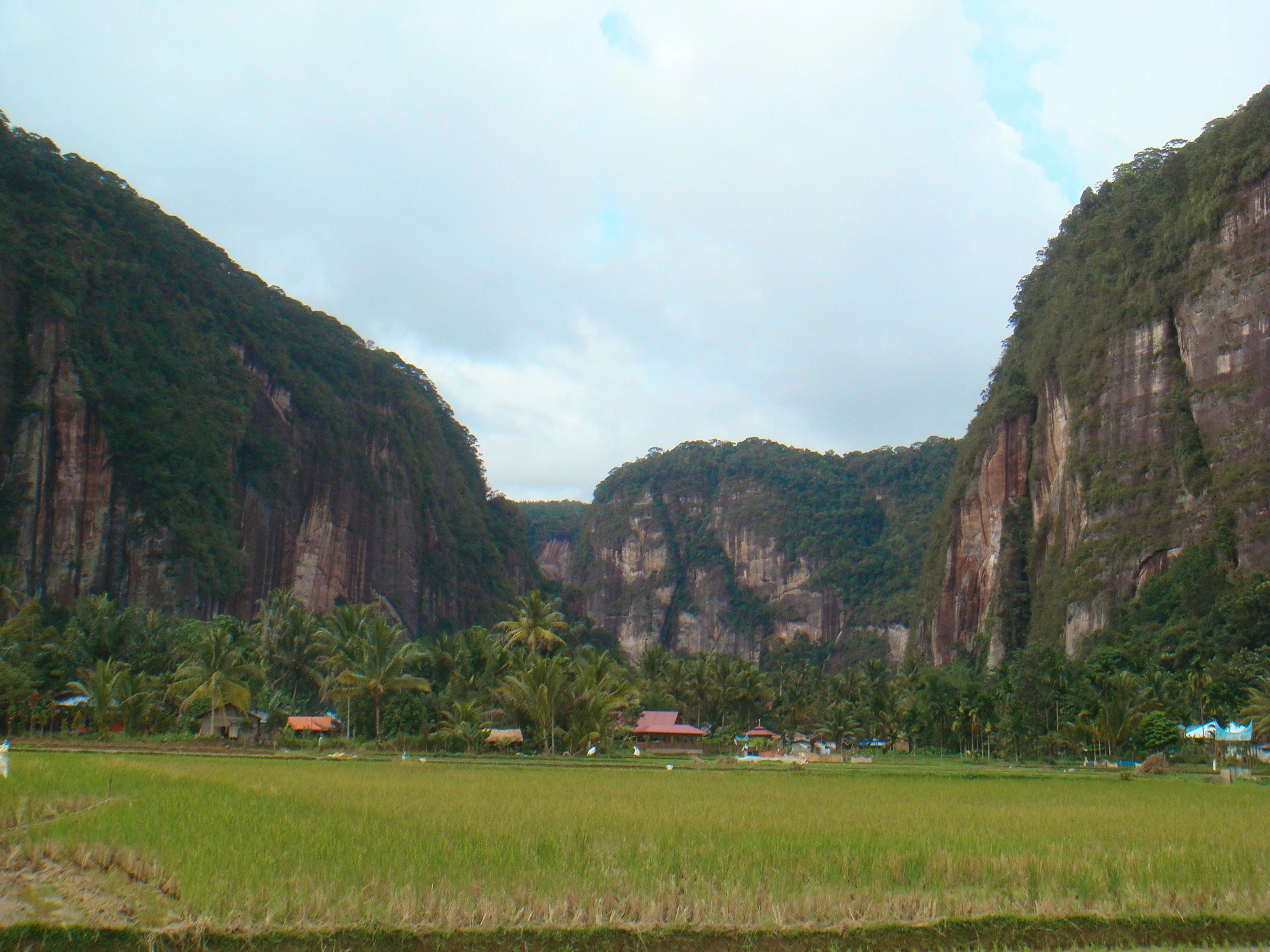 I watched many a man and his ox working in the paddy fields, as heavy showers came and went without interrupting the farmers’ efforts. I suggested to my chef-cum-waiter later that evening that this looked like an unending toil.

“Ah, but wait ’til harvest,” he said sagely. “Have you not seen Pacu jawi? Cow racing? Now that is fun!” I was perplexed.

Famously popular amongst the Minangkabau, young men hang on to two oxen by their tails and the bamboo farming harnesses for as long as possible, charging through the muddy harvested paddy fields. The winner either crosses the finishing line quickest or has managed to go furthest in a straight line before falling off. 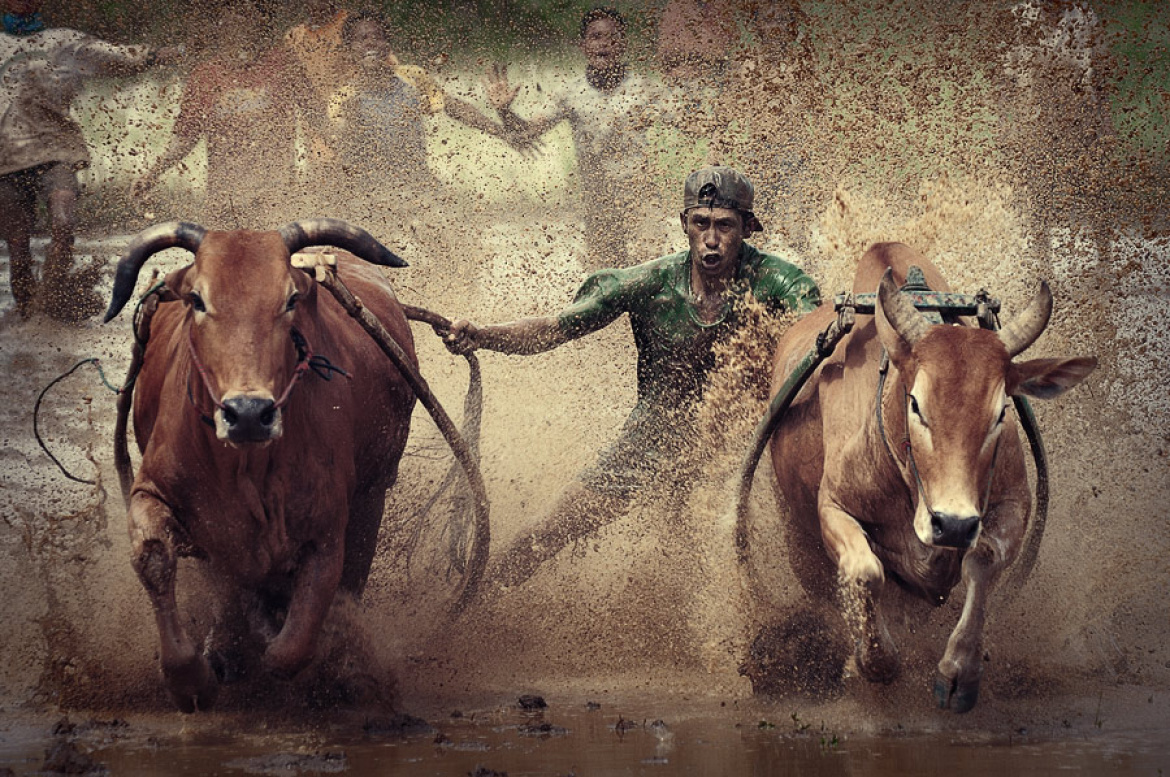 The next morning I started early, heading to Batusangkar. The area is home to two renowned Minangkabau palaces and was the seat of power from the 14th to 19th centuries. The first palace was the smaller of the two. It ticked all the architectural boxes but upon being told that this was the Princes’s Palace by my guide, I was bemused once again: it certainly was not the giant structure in the photos that I had seen. 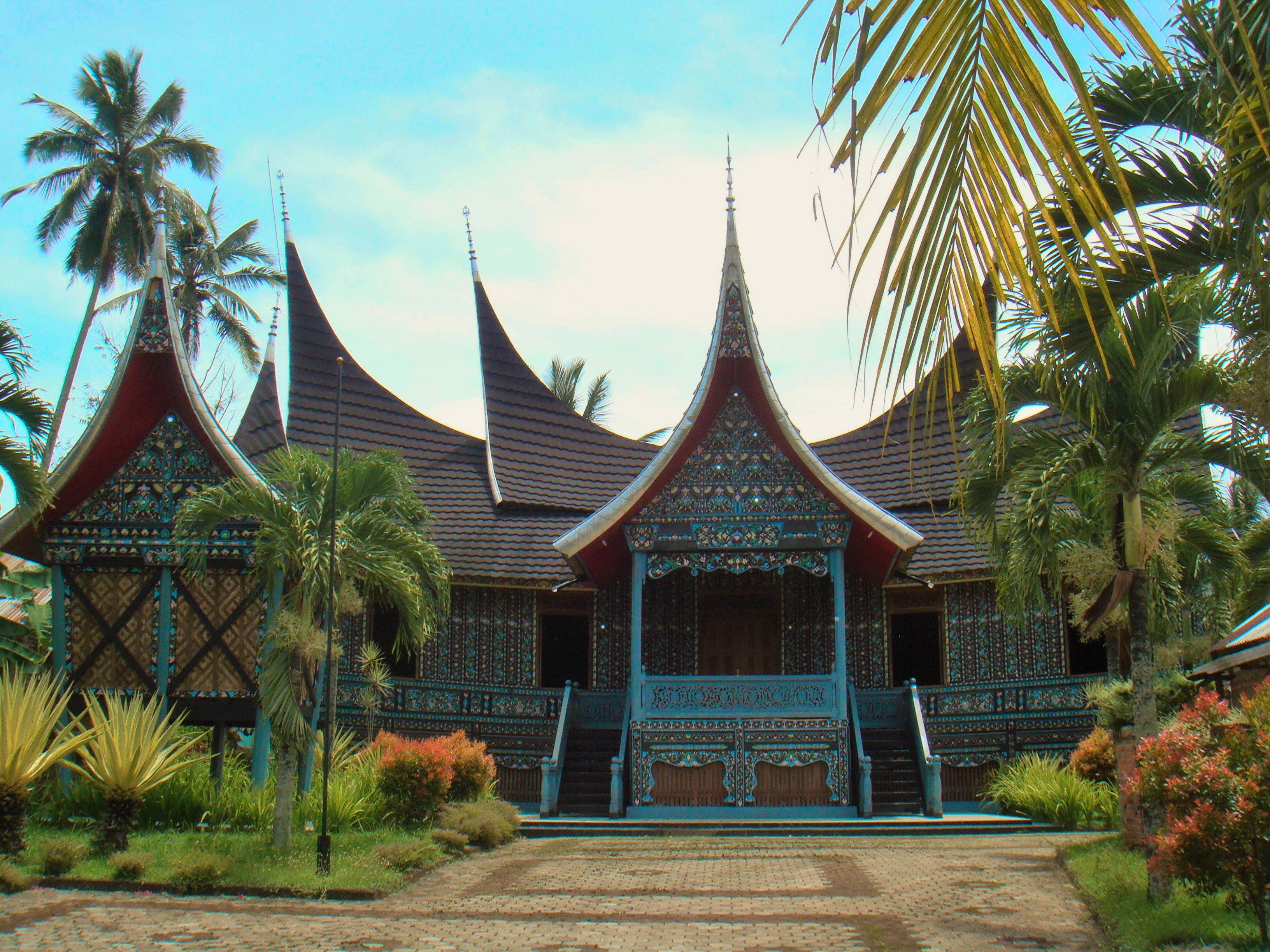 My guide smiled. ‘My friend, you must understand that we are a patriarchal society but matrilineal by descent.’ It took me a while to process that. Whilst the Minangkabau males ruled the roost, they also traditionally travelled far and wide for work. In times gone by, most often to sea as fishermen. Sadly for them, too few ever returned. Life expectancy at sea was short and those travelling long distances inland were not much safer.

As a result, it was through the matrilineal line, through the mothers who remained in the villages, that wealth, land and homes would pass, from mother to daughter. It was a practical, morbid fact that the death of the stay-at-home mother would be a matter of record. The fathers and grandfathers, in contrast, may simply never return and hence their passing would remain a matter of conjecture. Matrilineal descent allowed inheritances to be handed down with certainty.

Arriving a few hundred metres further up the road at the Pagaruyung Palace, I had found the much photographed goal of my trip – apparently belonging to the Minangkabau princesses. Stunning in its vastness, entirely and ornately made of wood, it stood three storeys tall, all on stilts. Surely 100 metres long, it consisted of numerous rooms, though visitors were not permitted to explore inside.

The palace has been gutted by fire a few times throughout its history, most recently after a lightening strike in 2007. The painstaking restoration was certainly not discernible from the original to my wide eyes. Walking the grounds to take in some of the equally ornate out-buildings, heavy rains threatened and it was time to beat a retreat.

Withdrawing with my guide to a small tea shack, he could see I was still processing all that is Minangkabau. Closing his eyes purposefully, he sipped his tea. “It might seem confusing but it does make sense” he said gently, or words to that effect. 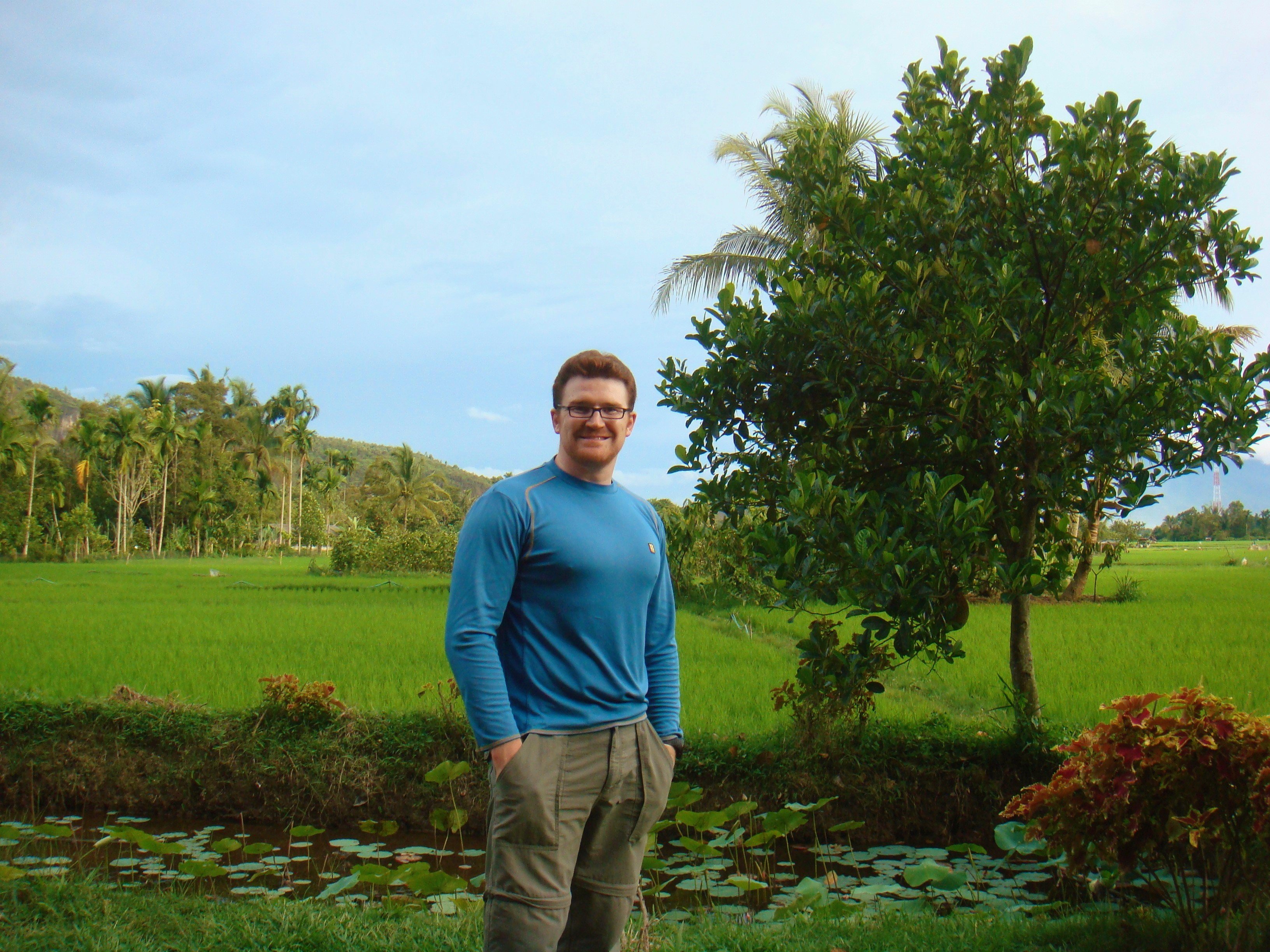