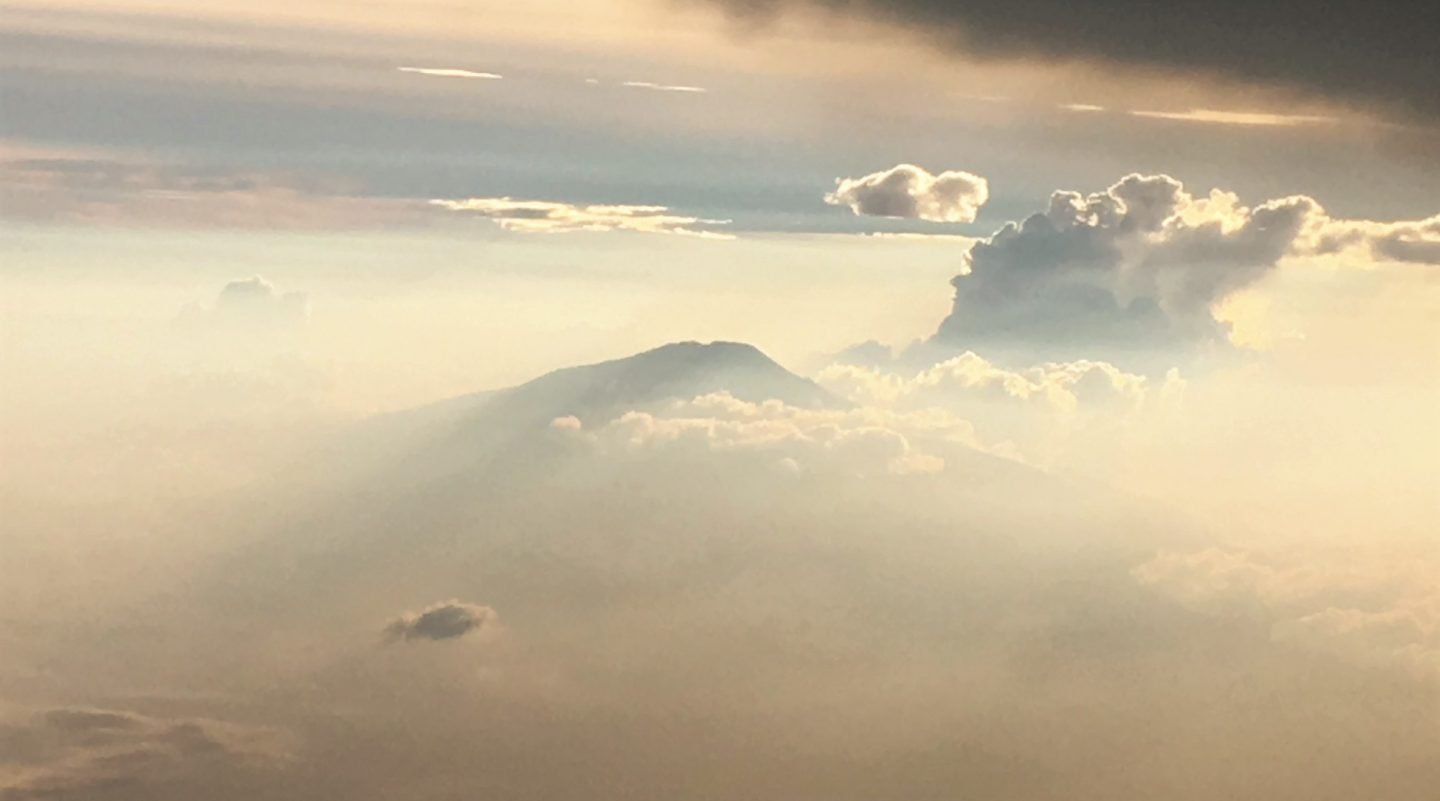 Rising from the shores of the Gulf of Guinea to a height of 4,090m (13,420 ft),  Mount Cameroon stands paramount as the highest mountain on the Western flank of Africa’s great continent. An active volcano to this day, it is feared and revered locally as Mongo ma Ndemi, or “Mountain of Greatness.”

In as much as Cameroon has a tourist circuit, hiking to the summit of Mount Cameroon is certainly on it. To make my acquaintance with the great Mongo, I signed up to a three day trek with local experts, HADY Guiding Services.

It was an early 6am pick-up at our hotel, the Capitol, in Buea; a regional town clinging to the south eastern slopes. I was glad to see that we were driving uphill, albeit stopping fifteen minutes later at the Upper Farms area. Here we rendezvoused with our team: one guide and two porter / chefs per hiker. The latter were fit, bright and likable students at Buea University. My guide, Hans, was clearly the strong silent type; a veteran of 15 years guiding on the mountain. Whilst the porters were laden with food and equipment, embarrassingly, I had but a day sack of water, camera, waterproofs and snacks.

Hans and I set off first and, within the first hour, I had given in to the perpetual state of sweating and breathing heavily. I found that, once you accept this ongoing state, walking becomes a lot easier. One less thing to worry about. Hans told me to walk ahead and he would follow at my pace. He drifted back further and further, not least because he was carrying his full kit for the three days ahead.

Following the path between small farmers’ fields and even passed an ‘open prison,’ the incline was gentle and the views bucolic. Soon into the jungle, the path was very distinct and very distinctly uphill. Despite being jungle, presumably because of the altitude, there were at least no bugs trying to eat us alive. 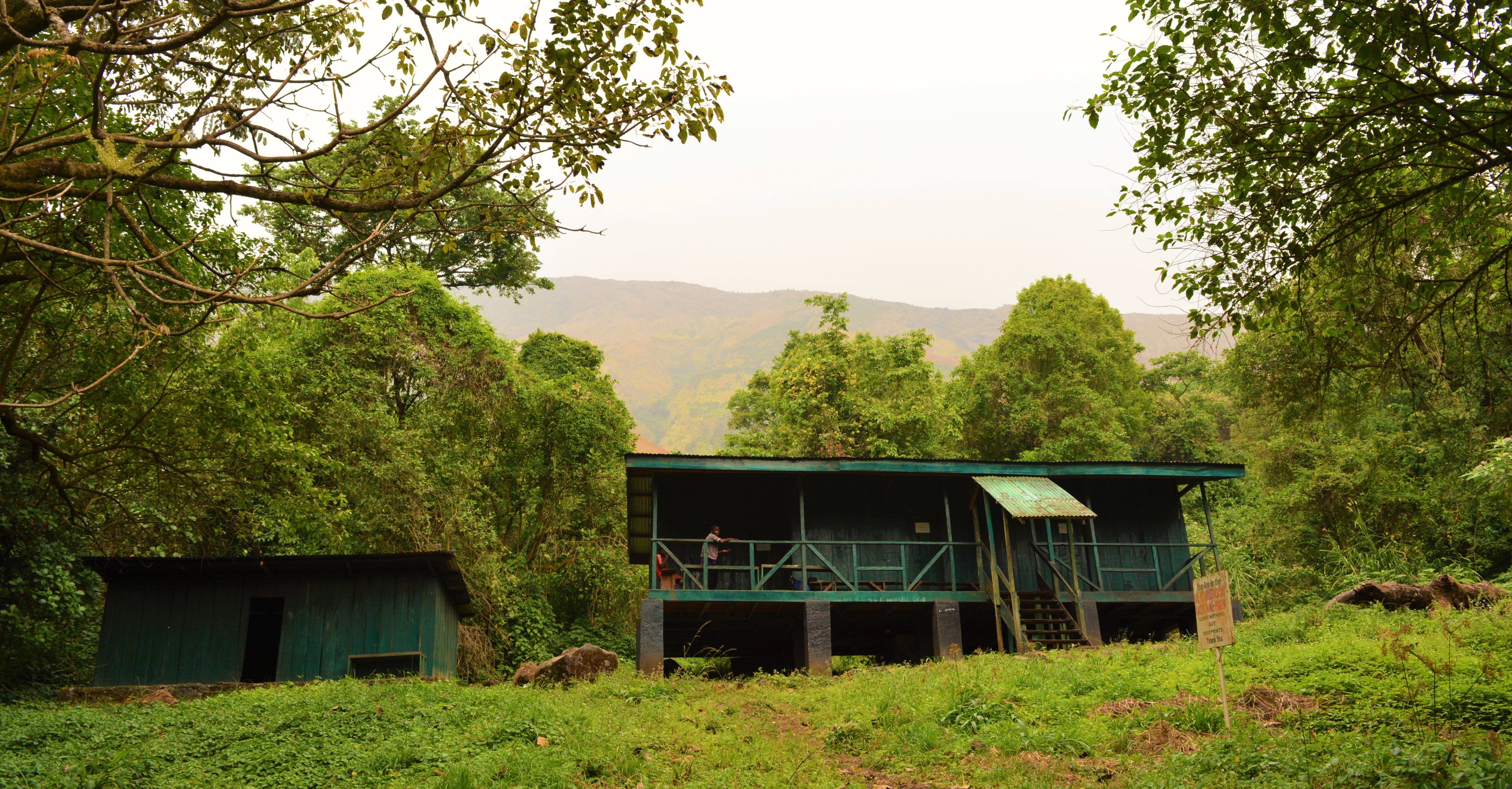 I arrived at the first rest stop of Hut One (c. 1,800m) after a couple of hours. Though daunted by the wall of mountain that Mongo still had in store for us that day, I was in energetic spirits. I ended up spending well over an hour at Hut One, waiting for everyone to arrive and having a hearty lunch of baguettes, cheese, chocolate spread and fruit.

The next section was upwards to the imaginatively named, “Intermediate Hut” (c. 2,300m). The path soon left the jungle behind and, as it did so, the wind picked up and temperature dropped discernibly. The path narrowed as it steepened and became more a string of rocks to follow, through swathes of long, wind buffeted, savannah grasses.

The Intermediate Hut was a basic corrugated iron shed, fit for emergencies only. I refueled on snacks and, once Hans was ready, we pushed on for Hut Two (c. 2,800m) where we would spend the night. It was an unrelentingly steep walk up protruding rocks. Increasingly farther below was the jungle, the cloud line and somewhere far far below, the town of Buea. 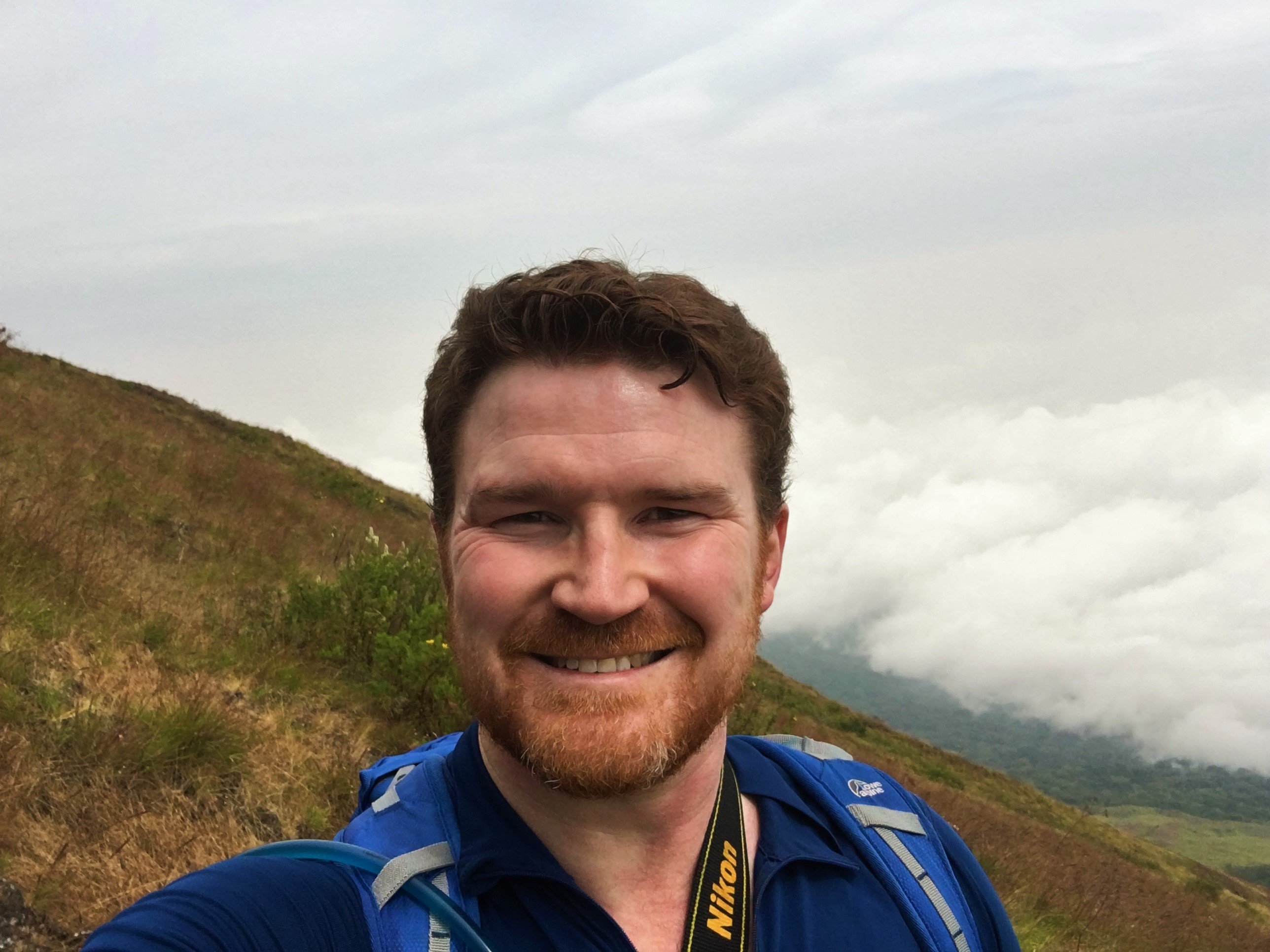 It was late-afternoon by the time I reached Hut Two, with Hans a half hour or so me behind me. To my surprise, a handful of wood cabins were in the latter stages of construction there. For future hikers, the cosy wood cabins and a small restaurant seem like extraordinary luxury in such harsh environs.

By the time all the porters had made it up, Hans had a fire on the go inside Hut Two. Pretty soon our tents were up and I was dining on a white bean stew with some chewy meat, boiled rice and plantain. Hot and delicious, I finished as darkness fell around 7pm.

The bright lights of Buea twinkled somewhere below, in that way they normally only do when you are flying over a city at night. Except this time I was perched on the side a windswept volcano. I tried not to dwell on this too much as I turned in early, around 8pm. The sleeping bag from HADY Guiding Services was clean and warm which, when doubled up with the thermals I had packed, made for a cosy night as the wind blew my tent around with playful ease. 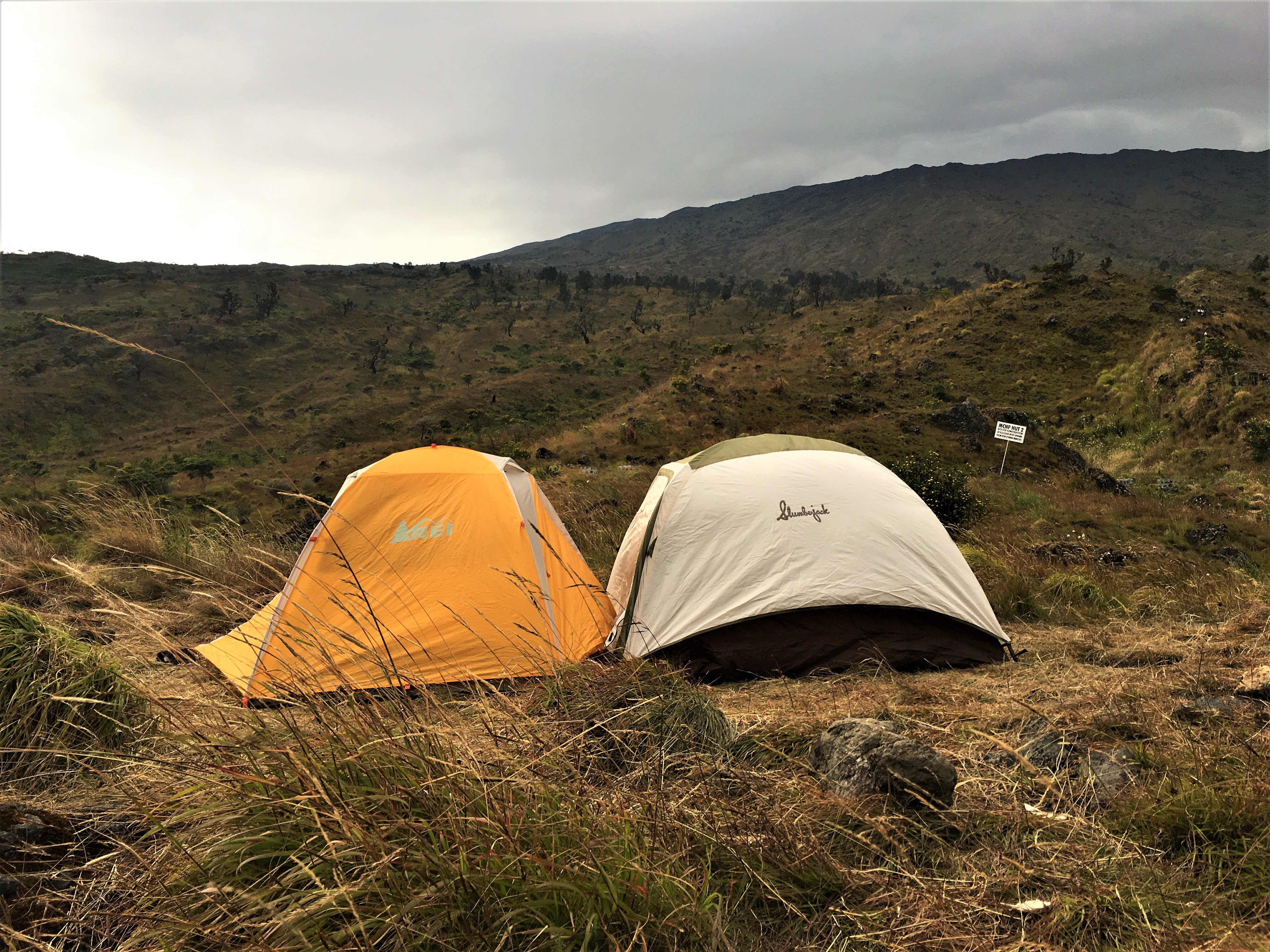