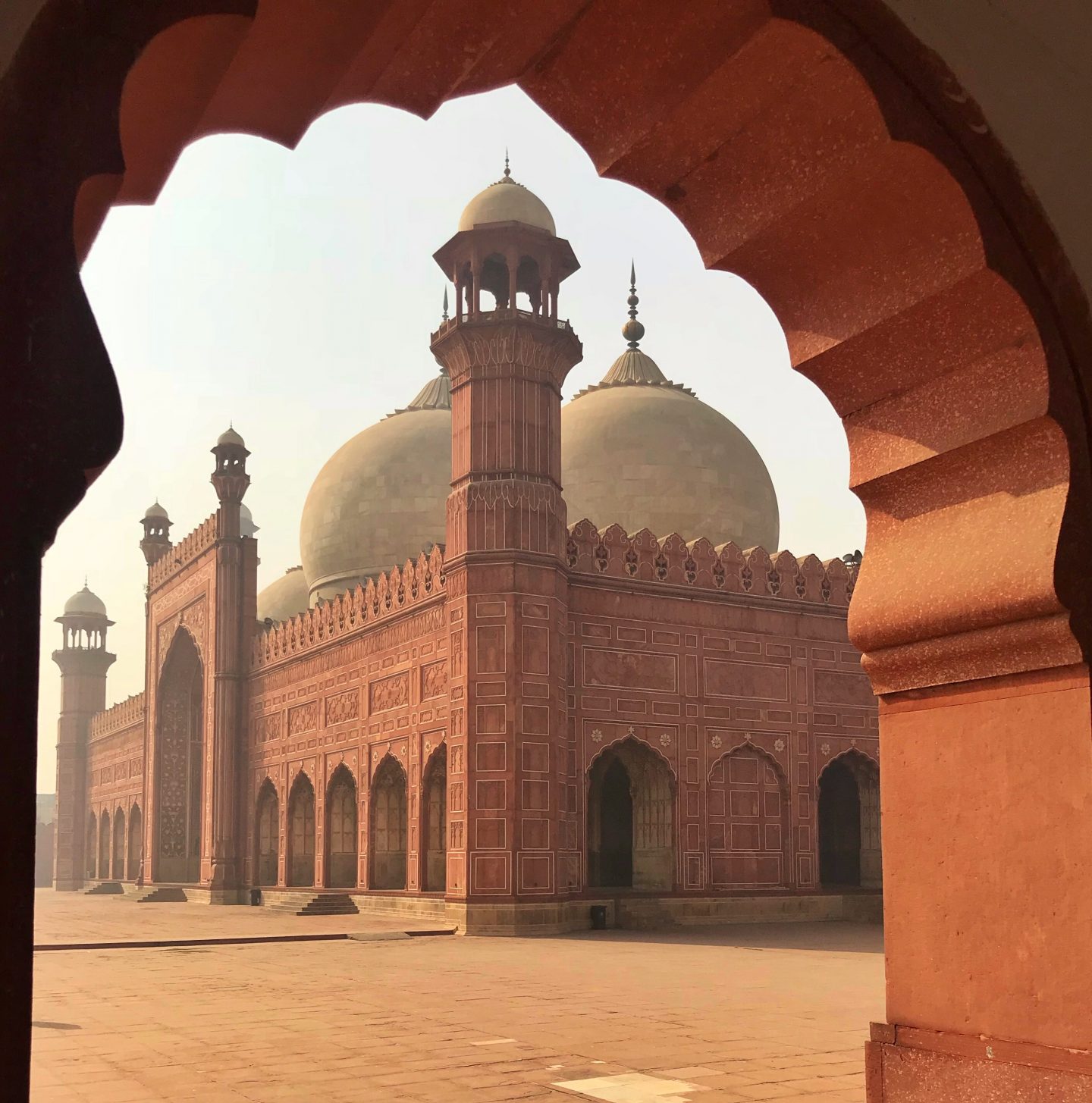 “If you have not visited Lahore, you have not yet been born.” So, the saying goes in Pakistan’s second largest city. Why such confident largess from the Lahoris, who variously refer to their city as the Paris of the East and the Cultural Capital of Pakistan? I spent a few days there to find out.

The capital of the fertile Punjab (“five rivers”) region, Lahore has been fought over and ruled from by a number of great empires. Arguably, it reached its peak under the Mughal Empire, before the Sikh Empire was centred here and more recently the British Empire, before partition and Pakistan’s self rule since 1947.

Each empire has left their mark on the city and, in architectural terms at least, the city is the richer for it. The city is also the most cosmopolitan in Pakistan, a liberal and creative hub where ‘Lollywood’ the Pakistani film scene, is based.

Having crossed the border between India and Pakistan on foot at the Wagha Border, scene of the nightly flamboyant border closing ceremony, my first stop was Lahore Fort.

Whilst the site of Lahore Fort is said to have been inhabited for millennia, it was largely (re)built during the Mughal era. The remains today span a vast site of lawns, and the shells of observatories, quarters for the ladies of the royal hareem, administrative buildings and the Diwan-e-Khas for royal audiences. Slow restoration is underway but patches of original tiles, frescoes and much the marble architectural details are still intact. My visit to the fort was enlivened by groups of school children wanting ‘selfies’ which became a recurring theme of my time in Lahore. 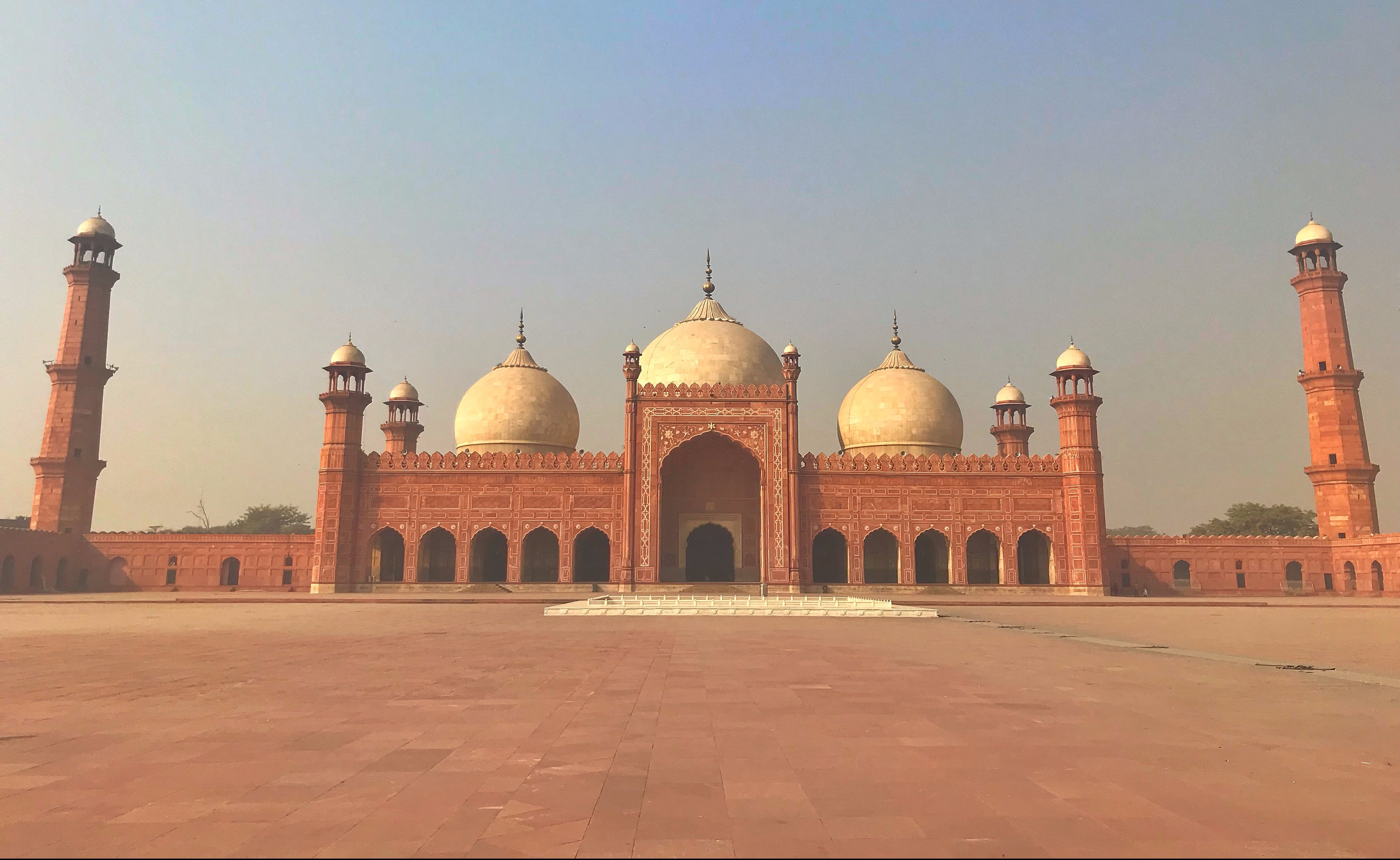 Adjacent to Lahore Fort was, to my tastes, the superior Badshahi Mosque. Built from beautiful red sandstone with white marble inlay, it is a world wonder patiently waiting for its turn for global recognition. I crossed the large courtyard, empty now but packed with worshipers come Friday prayers, to the main building. Under the open archways lay detailed inlaid marble designs, with a few scattered men reading the Quran or eyes closed deep in prayer. The acoustics of the mosque, by design rather than accident one presumes, are such that one can whisper into one corner and it be heard in another. Essential in the days before microphones.

The Badshahi mosque sits just outside the old Walled City, which remains to this day a bustling hive of commerce and community. I would not recommend a wander alone, if only for fear of getting lost in the maze of alleyways. It is a poorer part of Lahore but the friendliness of the locals I met knew no bounds. We navigated the gold quarter with its eye squinting bling, then a fashion quarter with diamante encrusted wedding dresses sparkling in the window, into the money-changers alley with rotund men silently counting criminally large wads of cash, into narrow lanes of domestic hardware shops selling pots, pans, brushes and brooms.

Eventually we emerged into a more main street, where men stood atop horse drawn carts, others heaved sacks and boxes on their backs and all the while ubiquitous red motorcycles weaved between them all.

Before us was the Delhi Gate, so called because this would have been the direction of travel from Delhi. As we walked through the gate and into yet more bustling mercantile life, I tried to look up at the Mughal architecture. Carved wooden balconies and lattice windows, some over-hanging the street below, mostly now slowly dangerously rotting.

Not by chance, we found ourselves outside the Wazir Khan mosque. Now being restored by the Agha Khan foundation, it is a beautifully and colorfully tiled mosque. Smaller and more compact than Badshahi, it was designed to be the most elaborate of the Mughal era mosques and surely achieved that feet. 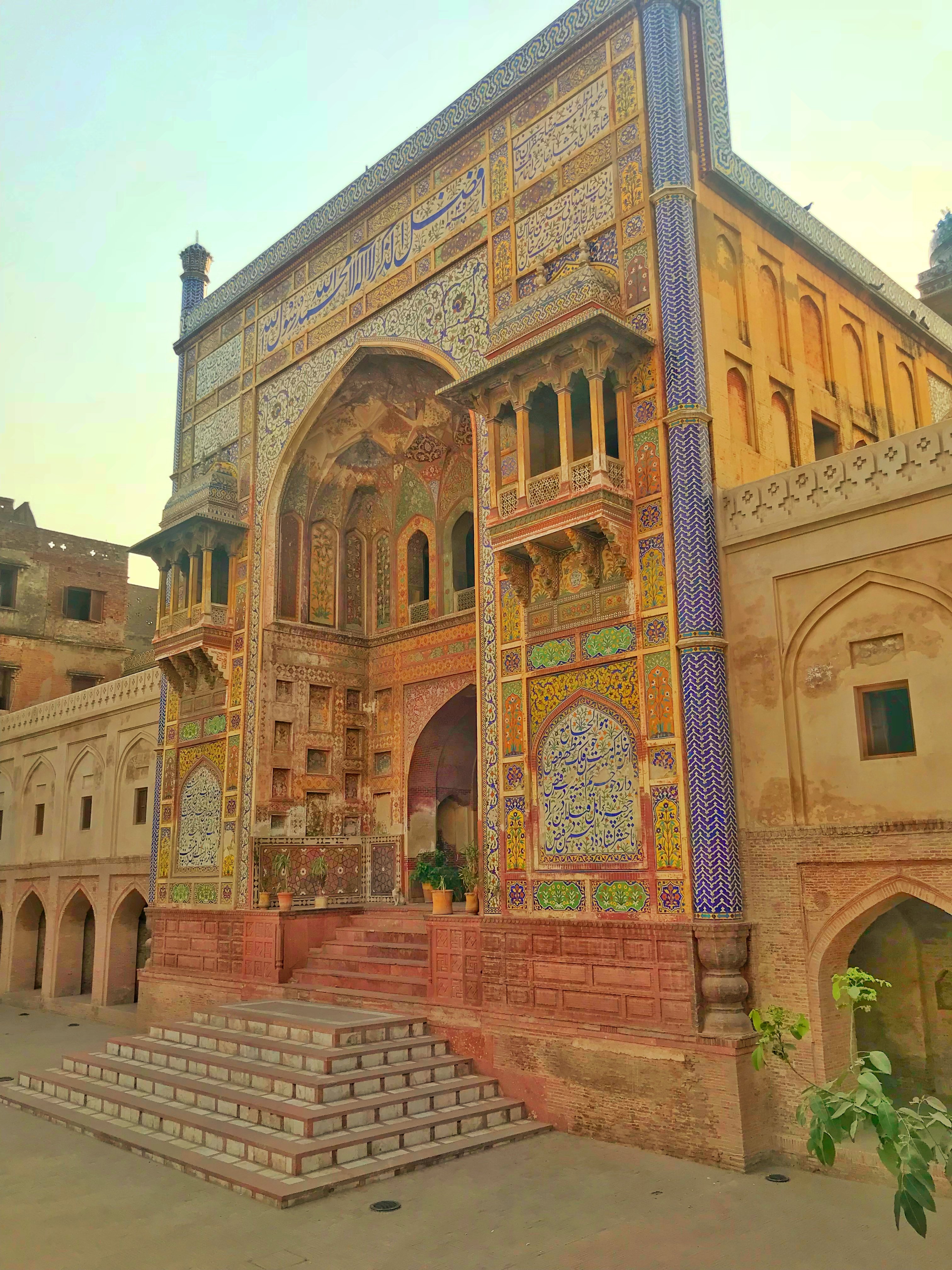 More than hungry by now, we sat in a spit and saw dust restaurant, busy with the entirely male lunch crowd. Everyone but my guide and I were dressed in the traditional shalwar khameez. Whilst we must have stood out, no one such much as blinked. My bowl of spicy chickpea curry with freshly baked rotis hit the spot.

A chap sat down opposite me and started politely inquiring as to my nationality, marital status and why I was in Lahore. Quite direct questioning but something that I had read was not considered rude locally and certainly it became commonplace during my visit. He was very glad I had come to visit and could not recall the last time he had run into a tourist. The security situation, he said, deterred everyone from visiting, to which I had to agree.

“Five fingers on same hand. Not all fingers the same,” he explained. I took his point and liked his simple analogy. Pakistan has its security concerns but everyone I met and spoke to was very pleased I was there, visiting their city and showed nothing but overwhelming hospitality.

With the cloud of insecurity hanging over Pakistan, despite the warmth and hospitality of Lahore’s inhabitants and the architectural wonders of Lahore’s Walled City to explore, I fear it will be another generation ‘not yet born’ before Pakistan is truly safe to roam and enjoy all its riches.

The author travelled at his own cost, on a trip arranged by Shahid Yousaf (www.pakistantours.pk, travelpakistan66@gmail.com), whom he can highly recommend.