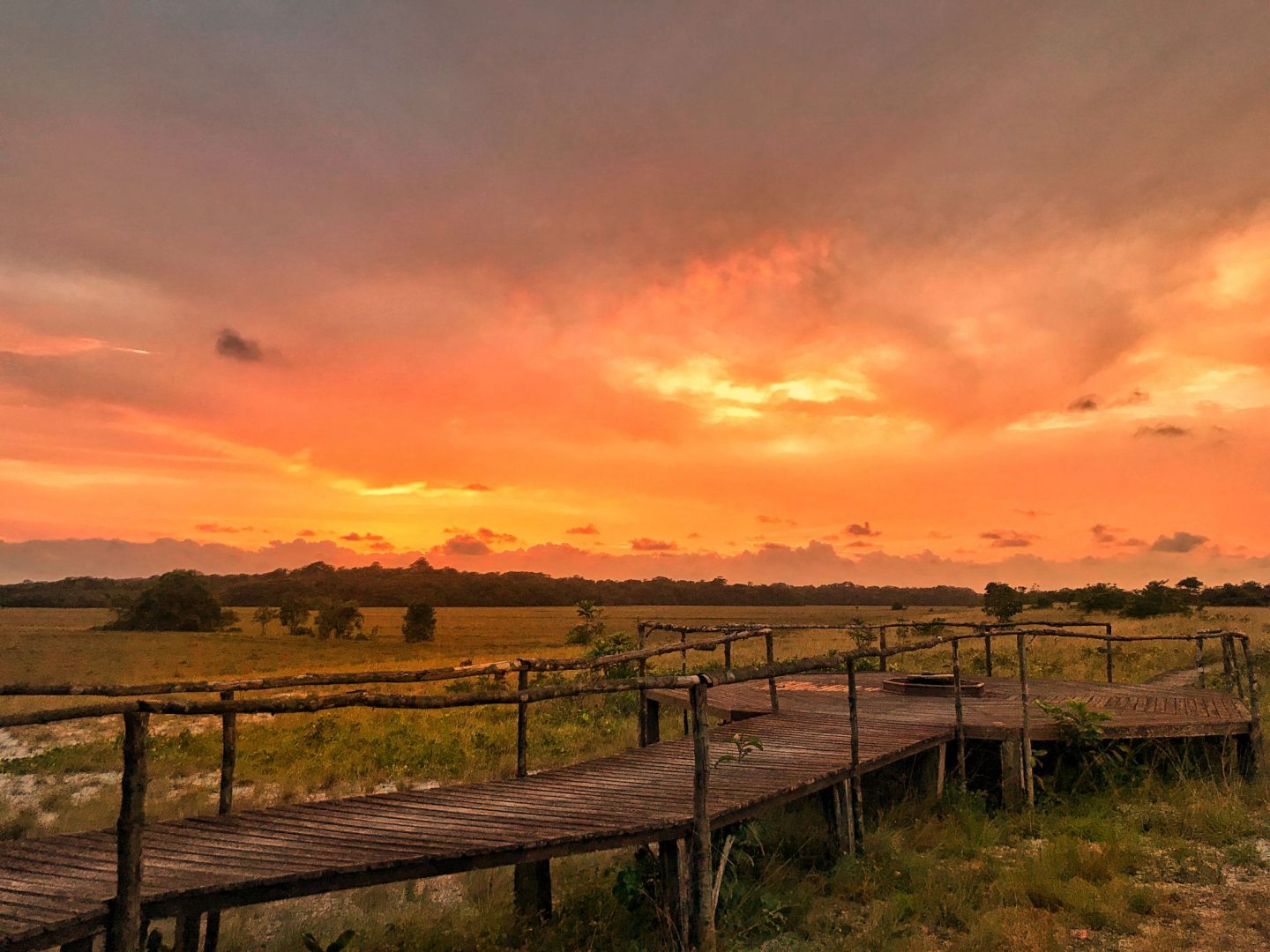 Sleeping out in the wilderness of Loango National Park might be a dream come true, or the stuff of nightmares, depending on your inclinations. Whichever proves to be the case, a stay at the remote Tassi Camp will immerse you into the sights and sounds of, “Africa’s last Eden.”

Owned by the Loango Lodge, their ‘satellite’ camp is a short boat ride across the dark rich waters of the Iguela lagoon and a solid hour’s drive further south through the open savannah. At the admittance of the guides, they do not expect to see too much wildlife during the drive to the Tassi camp. Visiting at the end of the rainy season, the sand tracks across the savannah grasslands were occasionally deep in water, testing our 4×4 to its submersible limits.

As we approached the camp, set along a ridge-line in the midst of the savannah, the wildlife made an appearance. We spotted two forest elephants walking slowly along the forest’s edge, albeit far away enough to require binoculars.

Spot the elephant… and how tall are those trees?!

As I perched against the wooden frame of the bar – dining area, hidden under the canopy of a generously proportioned tree, the elephants continued their arboreal snacking for some time. Eventually, they disappeared into the forest for a siesta.

I made my way to my own resting place, one of half a dozen simple wooden cabins. With mesh windows and doors, air circulation was guaranteed. My freshly made up bed looked comfortable enough and behind it a basic bathroom, more than made up for by the extraordinary views.

After a freshly prepared lunch, we ventured off for a spot of kayaking. Along the narrow tributaries to the lagoon we paddled. Though we saw the fresh tracks of hippo, we did not make their acquaintance. The buffaloes were more apparent but none too impressed by our interruption of their bathing and they took their leave. Sporadic appearances by long elegant birds, and others much shorter but more colourful in plumage, reminded me that was a more patient observer’s birding paradise.

The tributary ran parallel to the beach, clearly audible as the waves crashed into the sea shore. Cautiously, we walked up the bank, through the woods and out onto the long sandy beach. Rightly cautious, we spotted a crocodile’s fresh tracks on our very path through the shrubs and trees. On emerging to find three forest elephants foraging close to us.

At dusk, we returned again to the beach but this time in the 4×4. Elephants roamed with sand in their toes, where the white beach met the farthest reaching tentacles of the equatorial forests which swathe Gabon.

The sky darkened ominously and the wind picked up. We elected to retreat to the Tassi camp. The sunset briefly set the sky alight before darkness fell and a field of stars emerged. For aesthetic reasons rather than a genuine need for heat, we set our own fire alight, whilst we sat, ate and discussed the day had just had around the dinner table. 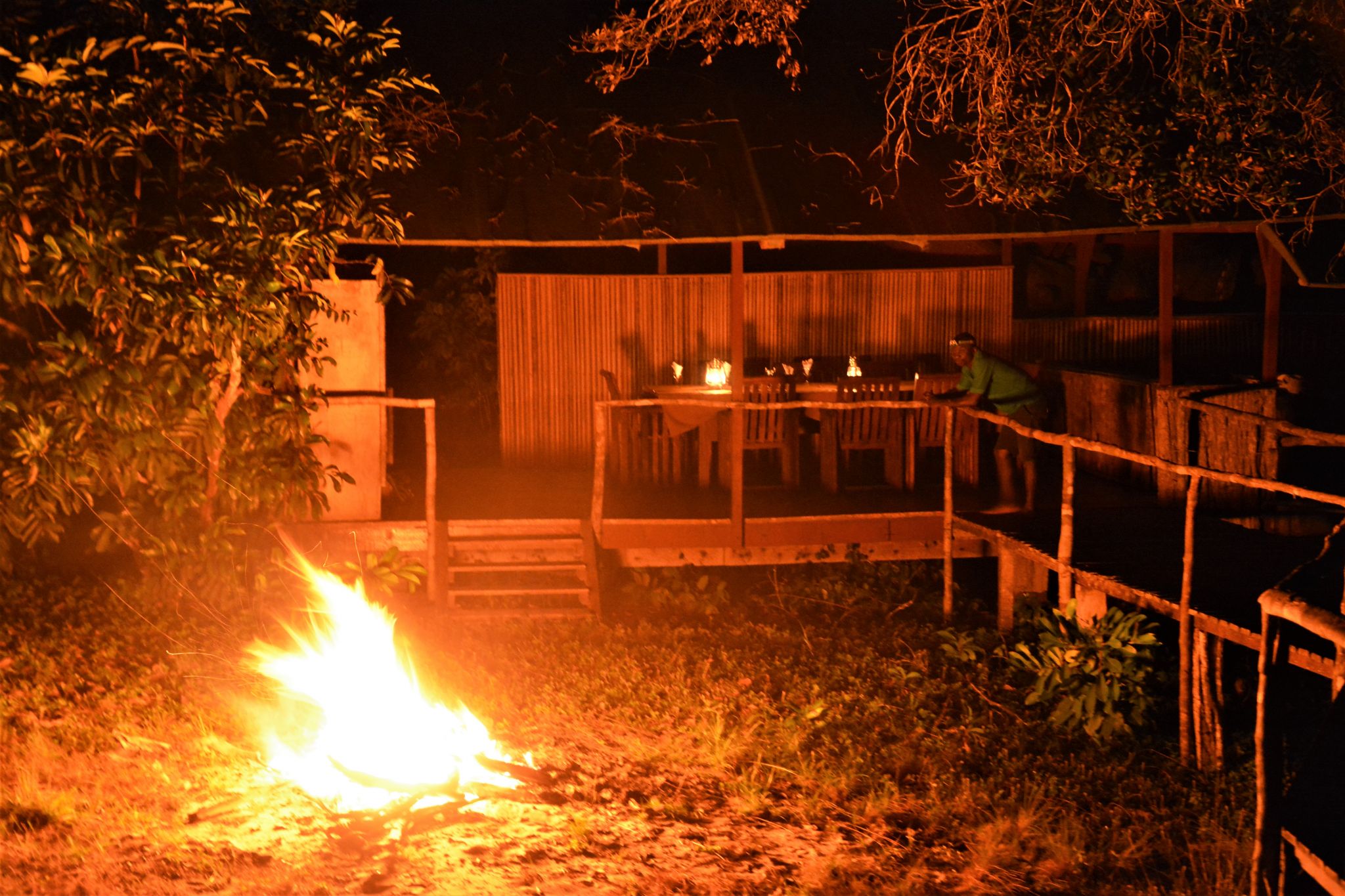 There was little else to in the pitch black surrounds but retreat for an early night, accompanied  by the sounds of the savannah. The temperate breeze ran through the rickety hut and I slept soundly, but for an earth shaking display of thunder and lightning which  broke out over head some hours later.

Next morning, as the mists slowly lifted, we drove the savannah in search of more of forest elephants. We were unlucky not to see any on this occasion, though my spirits were lifted watching a large scuttling, snuffling pack of red river hogs, for whom I had developed a fondness. 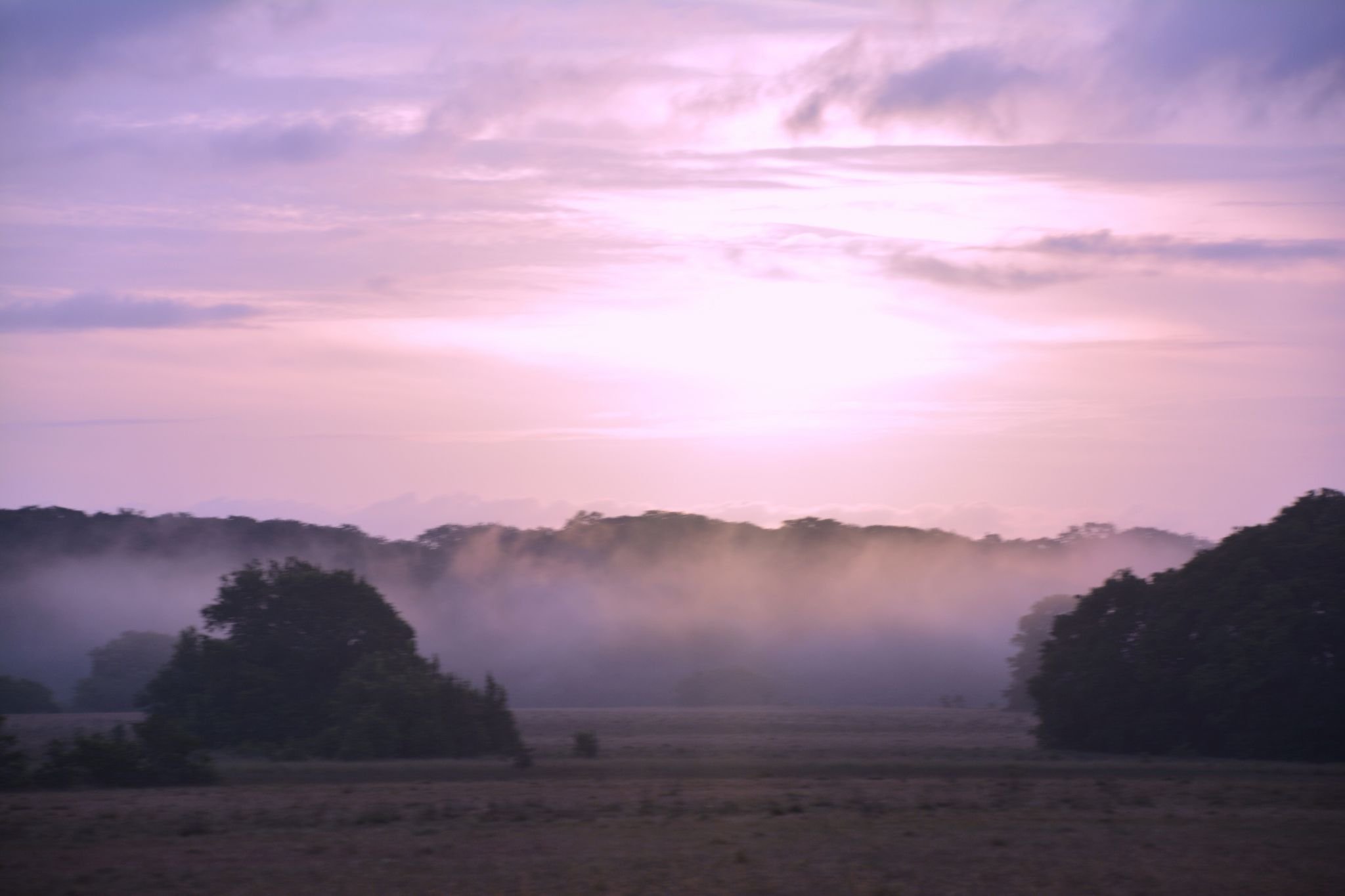 A full breakfast was served as the sun burnt its way through the morning clouds and the forests and savannah were revealed once again.

Begrudgingly, I had to return to Libreville that day. On the occasions that I dozed off enroute, memories of Loango flooded my slumbering consciousness. A night at the Tassi camp might be a little rough around the edges but it rests with me as one of the great experiences that Loango NP had to offer.

The author travelled at his own expense but can happily recommend the Loango Lodge to those thinking of travelling to the area.

For details on getting to Loango NP, please click here.

For lots more photos of the trip, take a rummage through my Instagram album.