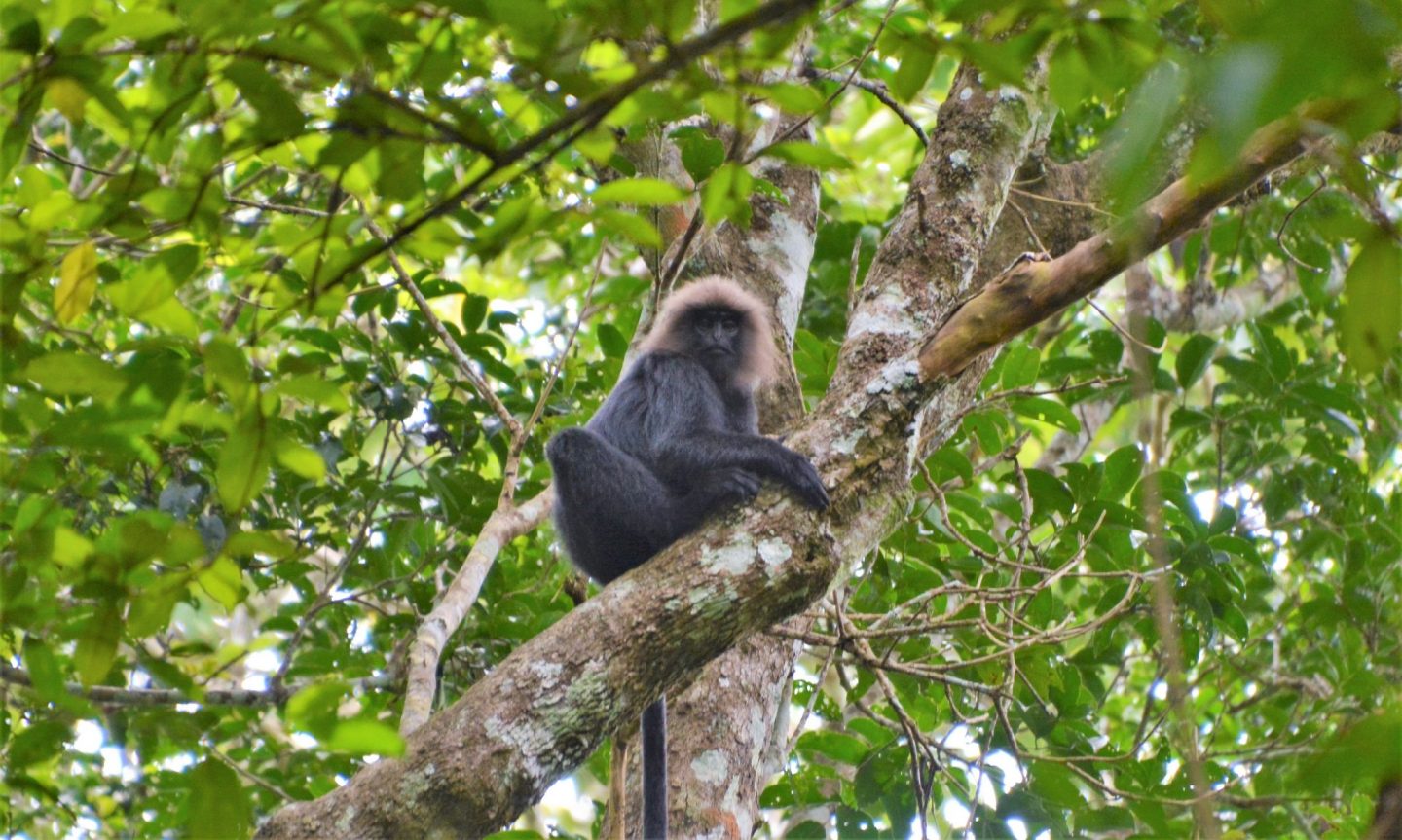 Fresh paw-prints in the mud, the size of my own, and deep claw marks into the tree bark, told us we were in the presence of greatness. Having crossed the Periyar Reservoir by bamboo raft and entered the forest, we were in the domain of southern India’s wildest of animals: the tiger. 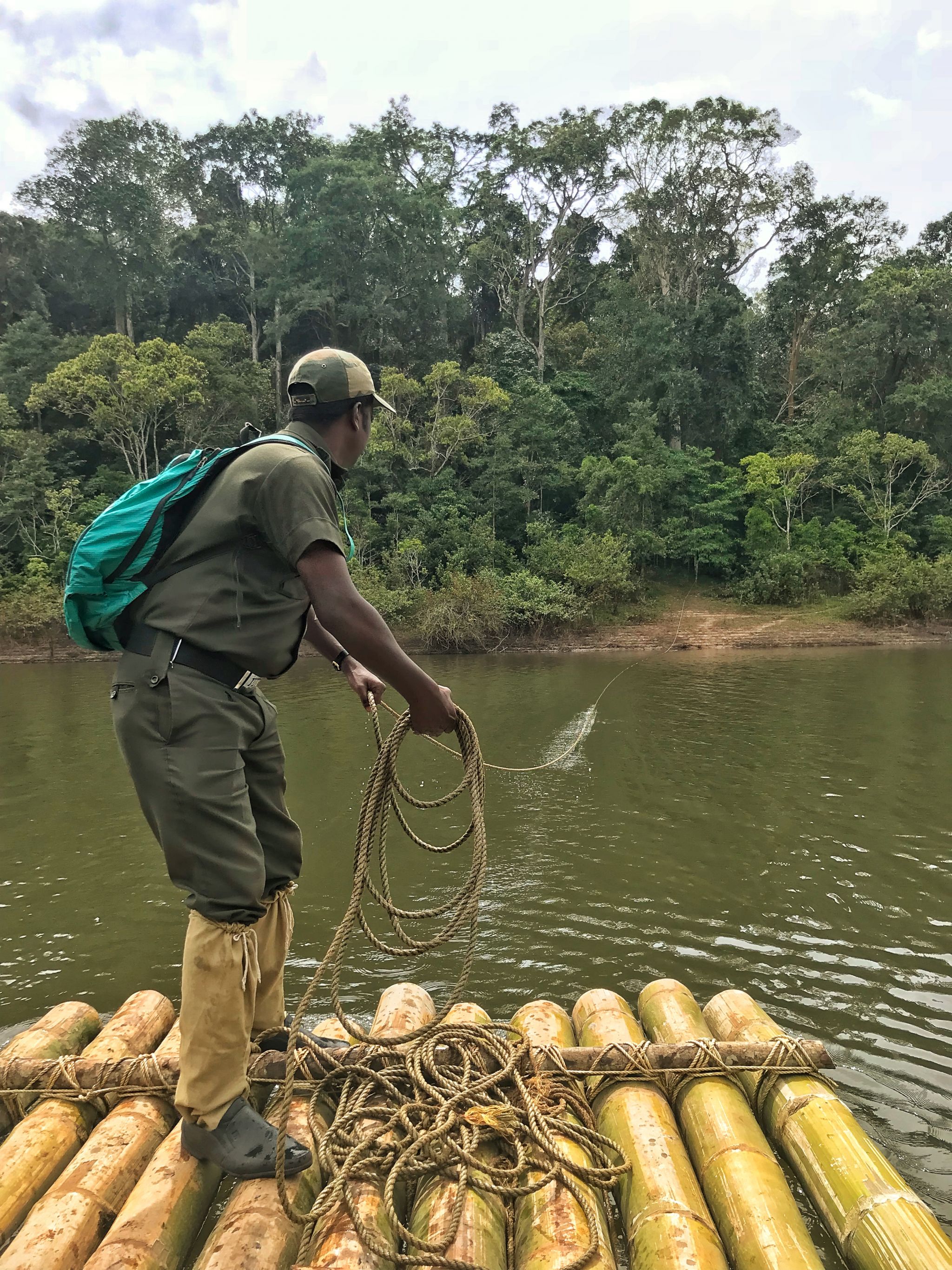 High in Kerala’s Cardamon Hills, the forestry commission guide expertly knew how to distinguish the alarm call from the mating call of the exotic bird life rustling the in the forest canopy, which would serve as our early warning system.

It was not the indigenous tiger population that proved the biggest threat however, it was the leeches. Smaller, thinner and browner than its fat black jungle dwelling and Hollywood film appearing cousins, they covered the forest floor in abundance. 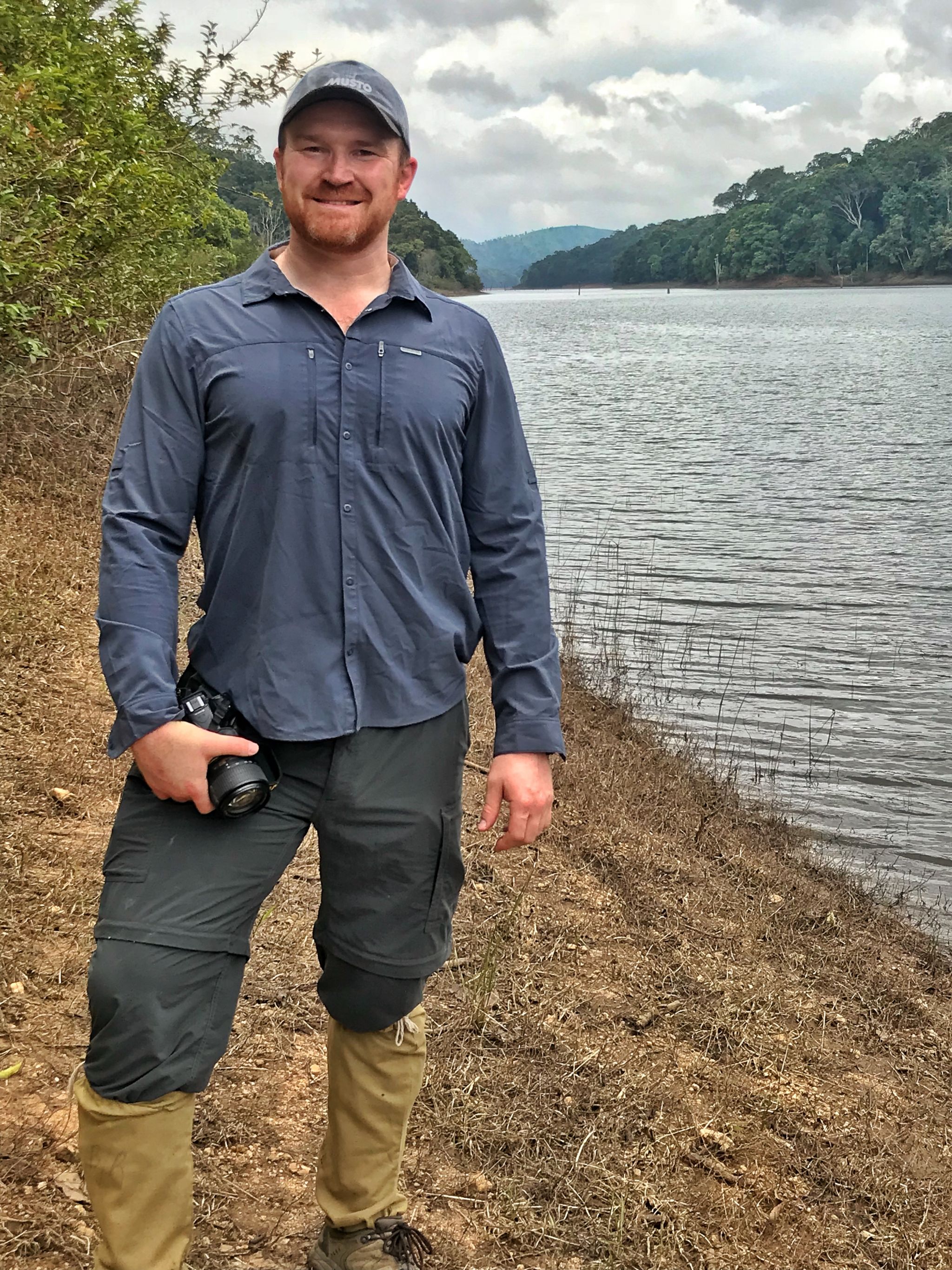 We had been kitted out in anti-leech socks, which worked pretty well. It was the odd leech that must have fallen from the foliage overhead and somehow made it down our tops that were better fed.

Crossing small streams on fallen tree trunks, we were treated to large colourful butterflies flitting in packs. Brightly snouted hornbills crashed through the foliage, chasing each other and largely eluding our camera lens’. Shy monkeys played high in the trees, intrigued by us gatecrashers plodding along below. Parakeets and tiny insects laid on a brighter display closer at hand. Periyar is a gentle excursion; tiger sightings are rare.

Insects, Periyar Tiger Reserve
With the monsoon season only just drawing to a close, the forest was verdant and full of watering holes. The larger animals, including wild forest elephants, were quenching their thirst far from preying eyes, deep inside the forest. As the dry season comes to an end in March – April, the watering holes have dried up and the reservoir edge becomes richer with wildlife. From buffaloes and deer to elephants and, potentially, the mighty tiger. 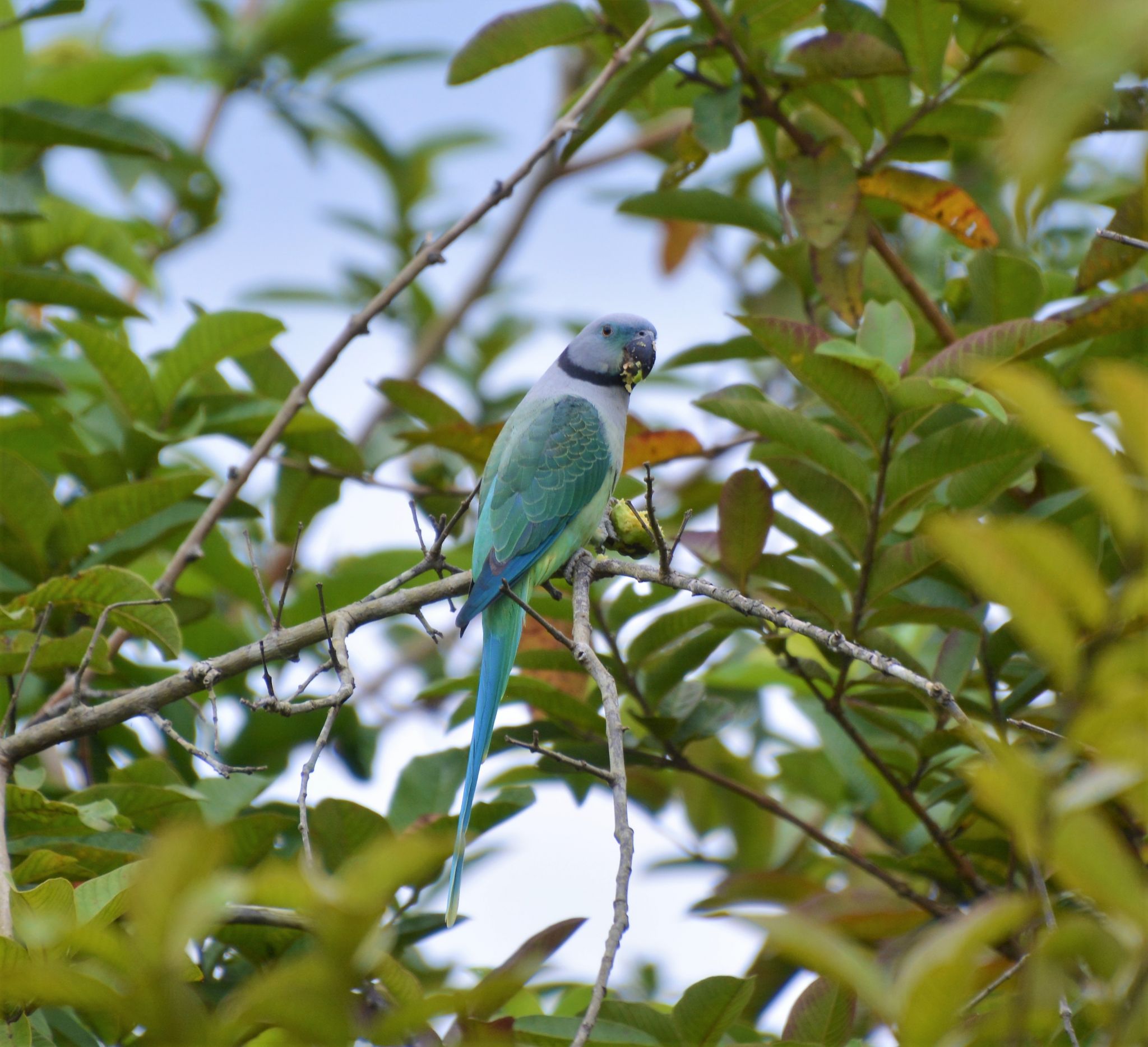 Our walk in the forest was pleasant and an escape from the crowds but there was little real expectation of actually seeing tiger. At 360 square miles, Periyar is home to but a few dozen tigers and are seldom seem.

Returning along the reservoir edge, we spotted a dug-out canoe and a lone man preparing his fishing net. A small village next to the forest is reserved for the indigenous Manan tribe who are the only people allowed to hunt and fish in the park, and only in a sustainable and traditional manner.

Compared to say the Ranthambhore Tiger Reserve, there is limited chance of actually seeing a tiger here. A visit to the Periyar Tiger Reserve is a well organised, pleasant distraction and a worthy diversion whilst visiting the region. One of India’s great natural spectacles it is not, however.

Access is only via the Forestry Commission bus from Kumily, which depart every half hour or so from the National Park Ticket Office located here:

Entrance prices are not particularity high and vary by Indian / Non-Indian and whether you have a camera:

Most hotels will book the tickets for you, or you can pop by the National Park Ticket Office yourself.

Troupes of boisterous macaques scuttle about the built-up areas of the site, scavenging food and any bright objects to which they take fancy. So much so, that the little on-site cafe is completely enclosed in wire mesh fencing and a latched door, to prevent them getting in. Keep your belongings close to hand at all times and expect increased interest, if you have fruit or open food about your person.

If you are walking in the forest, you will be given knee-high anti- leech socks to wear. This is not a a false alarm, designed instill a little bit of drama to your forest amble. However, the leeches are not the fat, black version one sees in films and in jungles but smaller, thinner, browner versions. The pesky fellows will be all over you shoes but should not make it through the socks.

There are differing schools of thought as to how to remove leeches. One is to just leave them be and they will fall off after fifteen minutes. If you pull or burn it off, it will likely leave its microscopic teeth in your skin, along with the anti-coagulant it has already injected at the time of biting you you. Net result is a tiny bleeding spot for hours to come.

We stayed at CGH Earth’s Spice Village in Thekkady and loved it. Their thatched cottages are set amongst tropical trees and well tended lawns that played host to as much bird and animal life as we saw when walking the Periyar Tiger Reserve.

Dining was a pleasure and nigh on an experience in itself. Pre-dinner drinks can be taken on the veranda of the Woodhouse Bar, a throw back to colonial times with a (reportedly) 150 year billiard table.

The Tamarind Restaurant sources its ingredients from within a 50 mile radius and follows local Keralan recipes (there are some exceptions to cater to international touristic tastes).

We travelled at our own cost and can highly recommend CGH Earth both in Thekkady and across Kerala. Periyar Tiger Reserve we could take or leave, to be honest!