Hosting a wedding overseas can occasionally add an extra layer of logistical complexity to proceedings for your guests. Our journey out to our friends’ idyllic wedding, in the rural heart of Bordeaux’s countryside, did not go quite according to plan. Such a litany of travel mishaps, I have never encountered or recounted myself before…

We booked to fly on EasyJet from Gatwick to Bordeaux so early in the morning that not even the trains were running at that hour. Enroute to the airport in a taxi, we blinked disbelievingly at an email to say that our flight had been arbitrarily cancelled. We arrived at Gatwick to find the predictable chaos of a poorly managed customer service desk.

It was Friday morning, with the wedding on the Saturday afternoon. We still had time to get there – just. We took our official piece of paperwork from EasyJet advising us of our limited options, including waiting a few days for their next available seats to Bordeaux.

Clearly not an option, there was little else for it and I booked us onto the next feasible flight to Bordeaux, having considered innumerable other regional French airports and adding in the additional drive time and cost of a new hire car. The solution was a mid-morning flight with Iberia. However, it was six hours in total and flying from Heathrow via Madrid. An unexpected encumbrance perhaps but not one that would derail this Bordeaux bound couple.

So, we jumped in another taxi and crawled with the now rush hour traffic to Heathrow. The price seemed a little high for our new flights and it transpired that we were in fact flying Business class. We gladly availed ourselves of the BA / Iberia Business Class check-in desks, put our bags in the hold adorned with the airline’s luminous, “Short Transfer,” and, “Priority,” tags, and smugly headed to the business class lounge for a much needed brunch. Things were looking up.

Front of the Plane

London to Madrid at the front of the plane was very pleasant, as you would expect. The change-over at Madrid airport was a mad dash across the full length of the vast terminal building. Standing inbetween our two flights, in the middle of the terminal, was a monstrously long queue for passport control. Had we not been off the plane first, we may well have missed our second flight.

Catch it we did, albeit we were the last to board. Flight number two was with ‘Iberia Regional Air Nostrum’ on a small Bombardier plane where even some of our hand luggage was taken from us to be put into the hold.

Seated at the front once again, we two were treated to a brief inflight meal as others withheld their hunger pangs until we landed. Seated behind us were a young upper-class British couple trading barbed comments. No other inflight entertainment was required; they were a hysterical master class in thinly veiled insults.

Arriving into Bordeaux at 6pm and not 10am, we stood at the luggage carousel waiting for our luggage, chuckling at the day’s logistical antics and glad they were all behind us. It would be a near three hour drive to our accommodation in the heart of Bordeaux but a late glass of wine and bite to eat on the terrace surely awaited. 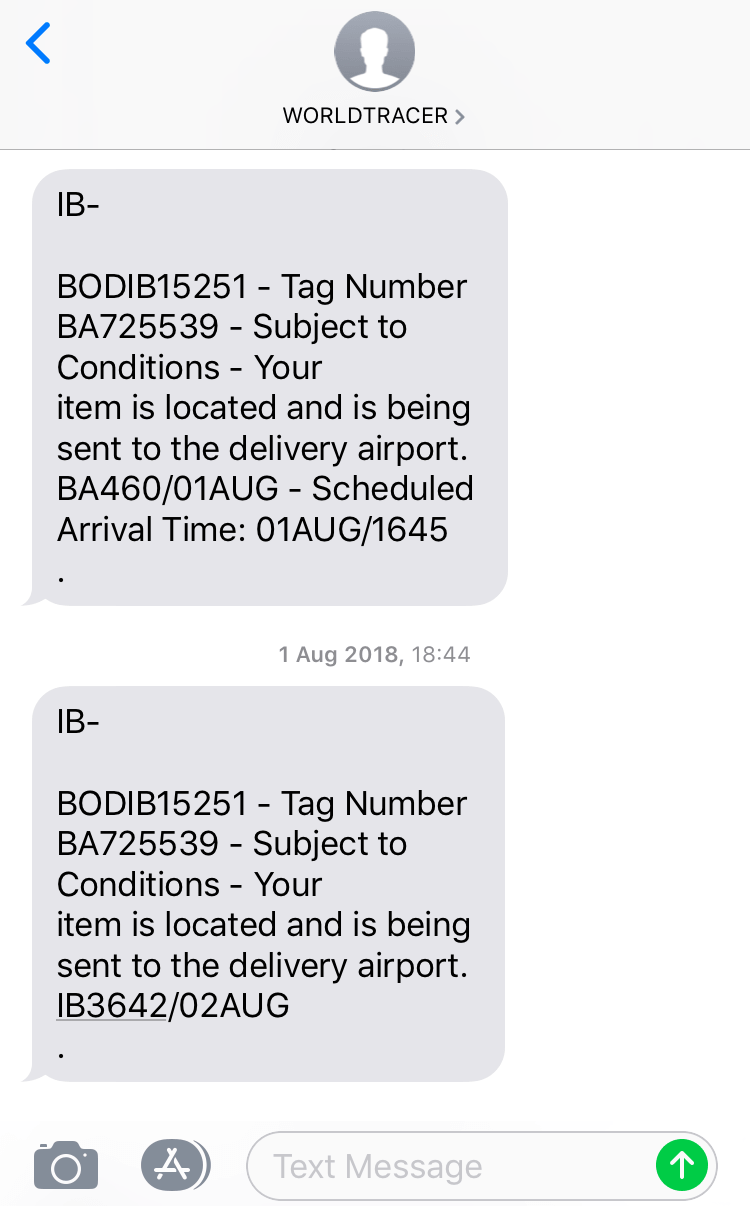 We stood waiting for our cases, full of our wedding refinery, to emerge. And waited. And waited. We waited until no more cases emerged and the conveyor belt came to a lonely halt with no more bags upon it.

Weary at the litany of travel related woes, we eventually found out that our suitcases were still at Heathrow. Not withstanding the airline’s own brightly coloured ‘Priority’ tags, the bags had never even made it aboard our first, let alone our second, flight. It was now less than 24 hours before the wedding, we had still not arrived at our accommodation and were now without our luggage.

The lost luggage lady did all she could and said our bags would probably arrive into Bordeaux around 8am the next morning. To be fair to Iberia, their lost luggage tracer kicked into gear and we were kept informed sporadically by text message.

As it stood, our luggage was due to arrive seven hours before the wedding and would require an early morning 5-6 hour round trip in the car to pick-up it up on the strength of it ‘probably‘ being on the morning flight. Oh boy, this was going to be exhausting and it was going to be tight.

No Food at the Inn

Since we had already booked and paid for accommodation near the venue at Logis Hostellerie Le Vert, we decided to drive there and arrived around 9pm. Exhausted, we dropped our few possessions in our room and asked for a table on the pleasant terrace. Much needed sustenance and relaxation in the warm evening Summer breeze was deserved. A dozen other guests and patrons were seated and in the latter stages of enjoying what looked a wonderful evening meal.

Came the reply. It was after 9pm and no more orders would be taken. I described in my best French what a day we had had and threw ourselves at their mercy. The waitress sympathised deeply but was resolute in only offering us bread, butter and a glass of wine. Shattered by the day, our resolve was weak. We ate their bread and retired to bed.

We awoke early and needed to depart before breakfast would be served. Having explained this predicament the night before, the staff at Logis Hostellerie Le Vert were eager to acknowledge that they understood completely. They replied that it was indeed a shame that we would miss breakfast as it was a highlight for many guests. Could they perhaps leave something out for us? More bread, perhaps? “Non, désolé,” was the now predictable and lamentable response.

Leaving around 6am, we drove all the way back to Bordeaux airport. To our joy, our bags were standing idly in the baggage area, ready to be stolen or collected as the travel Gods decided. The lost luggage lady seemed rather surprised and pleased that we had come back to collect them so promptly.

The two and a half hour drive back was a relief. We planned a quick lunch at Logis Hostellerie Le Vert and had booked a taxi some weeks ago to take us to the wedding.

It was near 1pm, a couple of hours to go before the wedding. Salivating at the prospect, we asked the kind staff at Le Vert for a quick lunch.

“Mais non, le restaurant est fermé aujourd’hui.” Closed today? Had you not thought to tell us when we checked in? “Non.”

Famished, we jumped back in the car and drove to the wonderful nearby restaurant of Le Caillau and ate there at an uncivilised pace.

It was then back in the car, back to our room for a quick shower and change into our Summer wedding best. We were – against all the odds – ready and on time for the wedding.

I had booked and confirmed the sole local taxi driver some weeks ago, and exchanged text messages with him in the days before and, indeed, that very morning to re-confirm the pick-up time. Inundated with last-minute calls for transport from less well organised travellers, his commitment to our booking weakened to breaking point.

I called him ten minutes after the agreed pick-up time. He admitted that he had just picked up another couple from elsewhere instead and was driving them to the venue, some fifteen minutes away. He was, my simple maths told me, at least half an hour away from even picking us up.

Reluctant to drive to the wedding as well, we asked a smartly dressed couple who were walking through the reception area, if they happened to be heading to the same wedding. ‘Why yes, would you like a lift there?’ Came the reply. Yes, we would! Brimming with disbelief at our sudden good fortune, we had to download onto the unsuspecting couple all of the logistical challenges that we had faced over the preceding 24 hours.

On learning of their own seamless journey, I asked with curiosity how they had managed to catch a flight to land at an airport so close to the wedding and at such convenient timings.

‘Oh, we use NetJets. Makes life so much easier,’ they replied.

They had chartered their own private plane to get there. Well, that is certainly one way to ensure your flight is not cancelled and that your luggage is not lost, I suppose. Maybe next time we should do that, we mused unconvincingly.