Home » Trekking with the Maasai 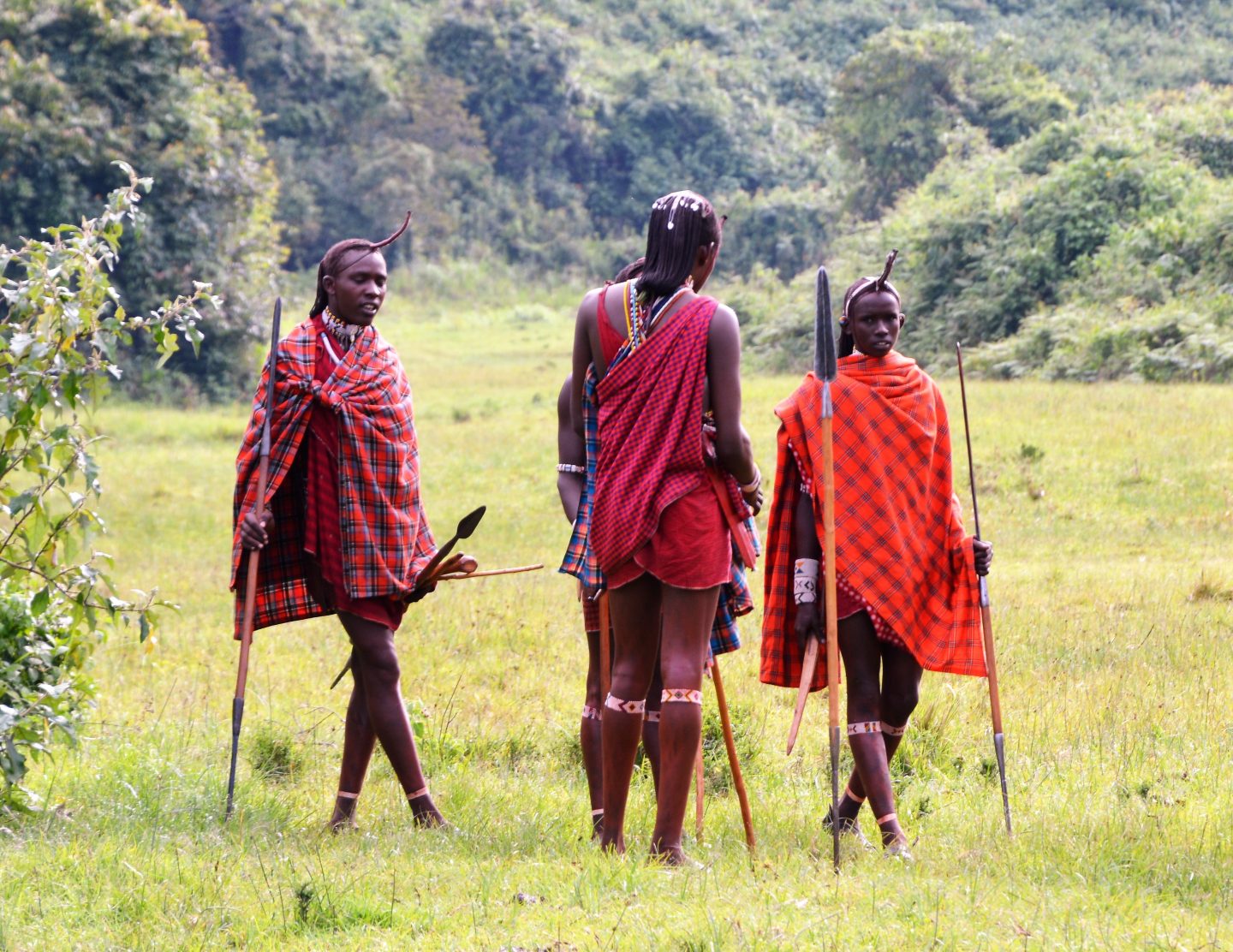 ‘To understand a man, you must first walk a mile in their shoes.’

The Maasai are famed globally for their knowledge of their natural habitat, unique cultural practises and resplendent red robe, the Shuka. Even the briefest of encounters with them can quickly become life long memories.

We deviated from Kenya’s standard ‘Big Five’ safari experience and arranged four nights out in the remote Loita Hills trekking with the Maasai, some three hours drive by 4×4 from the well known Maasai Mara game reserves.

With our holdalls fastened to a fleet of donkey’s, we walked with our Maasai guides from a remote drop-off location to our camp deep inside the Loita Hills. An area rarely visited by tourists, we traversed undulating grassland where the indigenous population farmed small holdings of cattle, goats and grew small swathes of crops.

Our guides were armed though this is not ‘big cat’ country. Here, the everyday threat is startling an unspotted buffalo or elephant and it charging at us. The sixth sense that the Maasai have for their local environment meant we rested easily in their ever alert company.

This was Part One of our honeymoon, so the camp was purposefully well catered for: a bell tent tent for us, a ‘long drop’ toilet already dug, a shower tent and a canvas awning for meal times. The Maasai, of which there were eight in total, slept on the other side of a thicket around the communal fire.

With a generous European style cooked breakfast inside us, our first walk took us up into the forested Loita Hills. Already at 1,000m elevation, my breath was short and laboured. This amused our guides who were fifty years of age and bouncing forth with the vigour of someone half their age.

Our destination was, allegedly, the very start of the Rift Valley. It was, by anyone’s estimation, an impressive and stark drop-off, affording quite a view over lunch. We clambered down to the foot of escarpment and enjoyed a post lunch dip in a chilly pool at the foot of a small but vertiginously high waterfall.

The climb back up was a test for the lungs and made the eventual return to camp all the more welcome. The forested walk that day, and throughout, was less about startling vistas but the enjoying the subtle soundtrack of the forest, the crisp clean air at altitude, the chuckling conversation of our guides. Where the Big Five safaris are all about ‘seeing,’ walking with the Maasai was much more about simply ‘being.’ 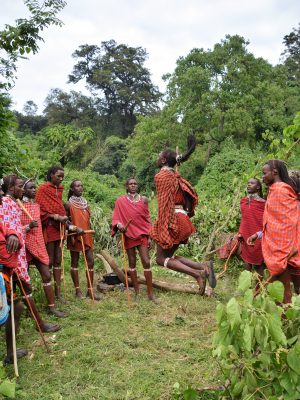 That night we were awoken by the laughing howls of a large pack of hyenas. As we learned in the morning, a young buffalo calf had been attacked by the pack not far from our camp. Protected by it’s mother, no carcass was found and it was presumed the pair had survived. A stark reminder for us that Loita Hills were alive with wildlife and our complete reliance on the Maasai to safely navigate it.

Unbeknownst to us, the next day we were to be married again – this time Maasai style. I had felt mildly perturbed by the arrival of a dozen young Maasai men with spears and knives. More fool me, as they put on a fascinating display of deep throated singing, nimble dancing (jumping) and a marriage ceremony where I managed to fluff my lines (not dissimilar to our actual big day).

The day’s walk that followed was a gentle amble through the hills and woods, learning to spot the footprints, droppings and scratch marks of various wild animals. A similarly impressive lesson on the medicinal and poisonous nature of various plants was delivered along the way. The joy of the walk was chatting to the guides who recounted everyday concerns about parenthood and about the positive and negative advancements of tourism across their ancestral lands.

The men we walked with noted that they themselves had done well from tourism and recognised very clearly that the land and its animals had been key to their success. Their worries lay less with the regulated tourism on the Mara (literal translation: the ‘plains’) but its fringes and further out. Lands such as the Loita Hills could be a big eco-tourism draw, creating jobs and a new source of income. But, persistent deforestation by Maasai farmers, albeit not on an industrial scale, was depleting an irreplaceable habitat and driving wild animals into more frequent contact with villagers and farmers. Such encounters, the wild animals would invariably not survive. Education, they knew, was key. Changing habits and attitudes would not be easy.

Still musing over the thought provoking conversations of the day, we dined incredibly well again that evening. As the open fire moved from flame to embers, we retired to bed. No packs of hyenas to awaken us that night; just the chill of dawn quickly followed by a hot shower and breakfast, courtesy of our wonderful hosts.

Leaving camp mid-morning, re-tracing our steps along the valley to our rendezvous point, was a quieter journey. The guides admitted they preferred the simpler life of sleeping by the fire, walking the forest with their life long friends and introducing guests to the simple pleasures of their homeland.

Mrs Jarvis, Trekking with the Maasai

The luxury of this short trip was not in the gilded service and accommodation one experiences in safari lodges in the Mara. The luxury here was to be in the company of these men, deep in their own lands, to learn a few iotas of their vast knowledge and understand what is on their mind, their hopes and fears of the everyday as well as the bigger challenges of sustainable development facing the Maasai.

We hadn’t quite walked a mile in their shoes but we were a few steps closer to understanding the phenomenal Maasai.

The trip was organised by Alexandra Matts of Extraordinary Africa, whom the author can highly recommend.

You may also enjoy: